You are here: Home News A Distracting Discovery by Demelza Williams

A Distracting Discovery by Demelza Williams 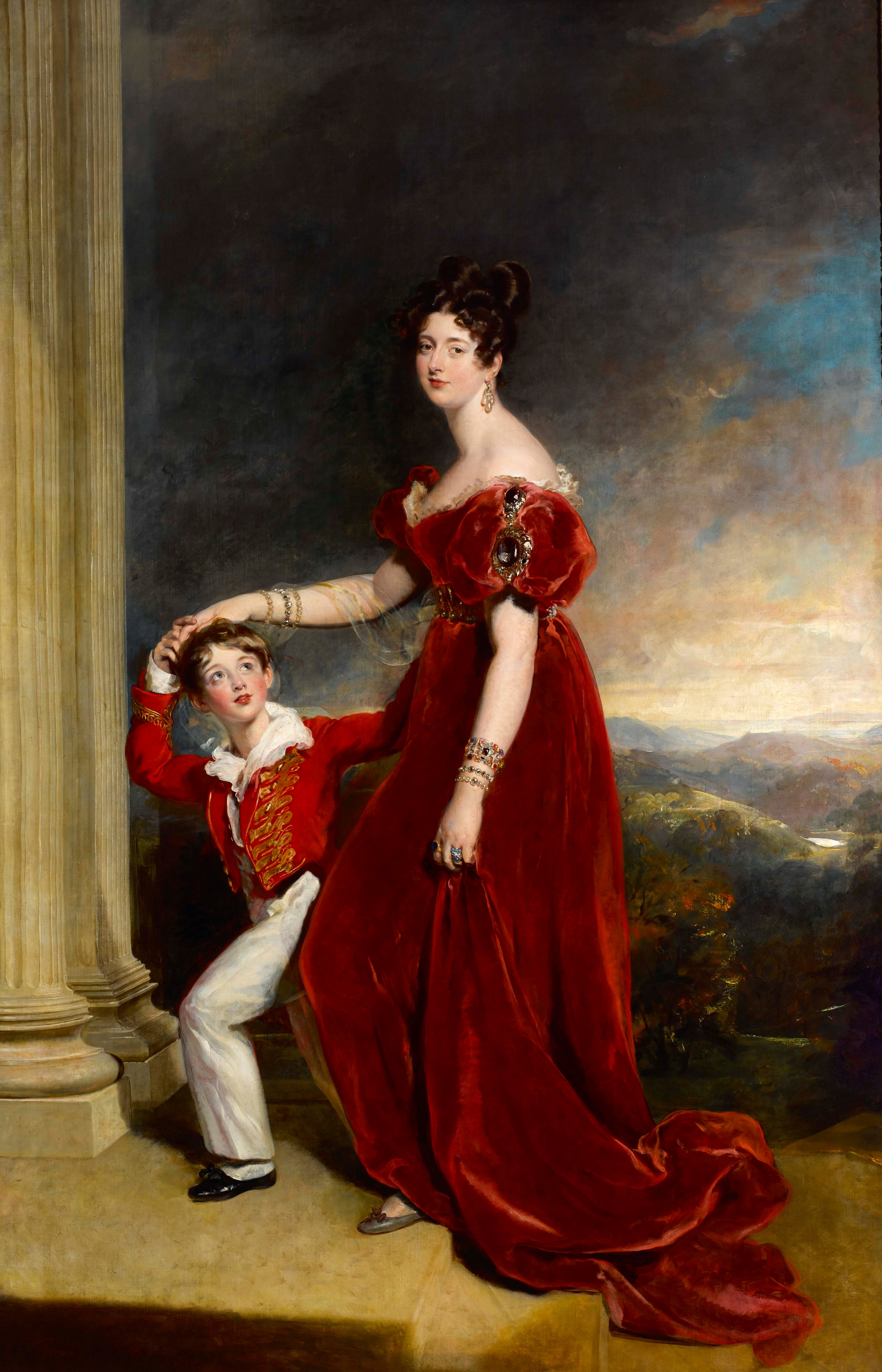 In February 2014, Sir Thomas Lawrence’s double portrait of Frances Anne, Marchioness of Londonderry and her son, Lord Seaham, was temporarily allocated through Acceptance In Lieu to Mount Stewart in Northern Ireland, by Arts Council England (left).

It arrived along with a significant loan of other items from the Estate of the Marquess of Londonderry which included nine other paintings of the family by Lawrence.

As the last remaining family home, Mount Stewart has become the focus of the Londonderry’s family history. It opens in late April 2015 after a huge restoration project with a new display which includes all but two of Lawrence’s original portraits of the family. Many of these portraits have never been seen by the public, and certainly not as a collective group.

The paintings were commissioned between 1794 and 1828 and include portraits of Robert Stewart 2nd Marquess, commonly known as Lord Castlereagh, his wife Amelia Anne Hobart, his half-brother Charles Stewart 3rd Marquess, Catherine Bligh, Charles Stewart’s first wife, their only son Frederick Stewart, Frances Anne Vane-Tempest, Charles Stewart’s second wife, their first son George Vane-Tempest Stewart and their first daughter Lady Alexandrina Stewart. As might be expected, most were commissioned by the family for themselves, and in some cases for their friends. Occasionally, they were painted at the request of friends and close associates, including the Prince Regent, and on one occasion at the request of the artist himself. It is extremely fortuitous that the family has kept this collection largely intact, even though the portraits may have been moved around the family homes depending on the tastes of each generation and changes of ownership within the family due to inheritance.

I have been researching this collection, and with the help of the Understanding British Portraits bursary, took the opportunity of visiting the Heinz Archive and Witt Library in London where I was able to build a portfolio of images which included those portraits in other public and private collections. As with most research, I ended up exploring various false trails and exposing some intriguing stories behind the portraits themselves but none more so than the discovery of an image named Lord Seaham as a Boy by Sir Thomas Lawrence at the Witt Library. 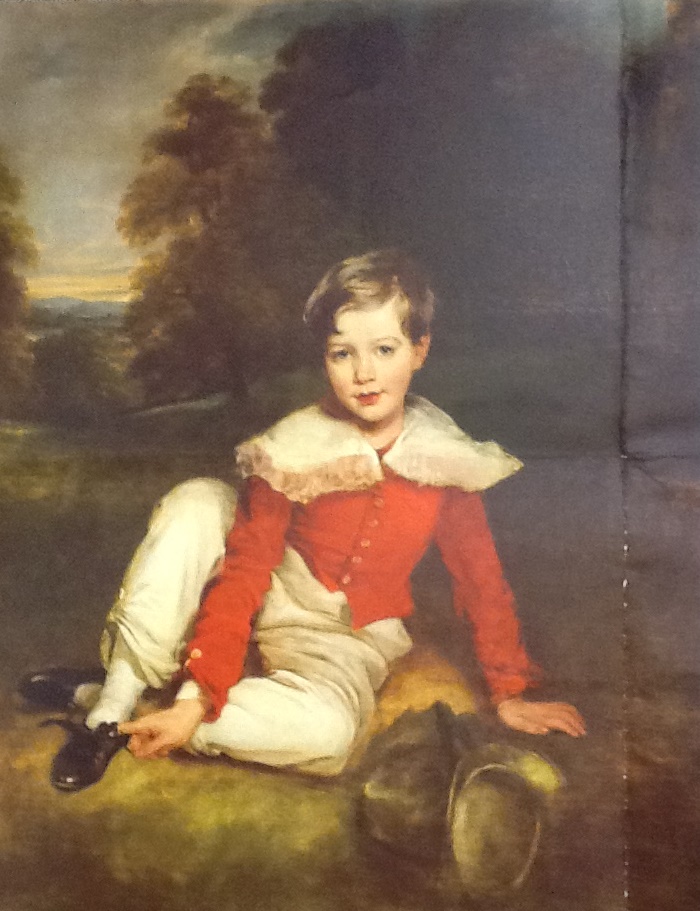 On consulting Kenneth Garlick’s list of known portraits of the family I couldn’t find this one being mentioned, however, on comparing it to Lawrence’s other portraits of him as a baby in 1823 and as a young boy in 1828 the boys features, and clothing do have similarities. 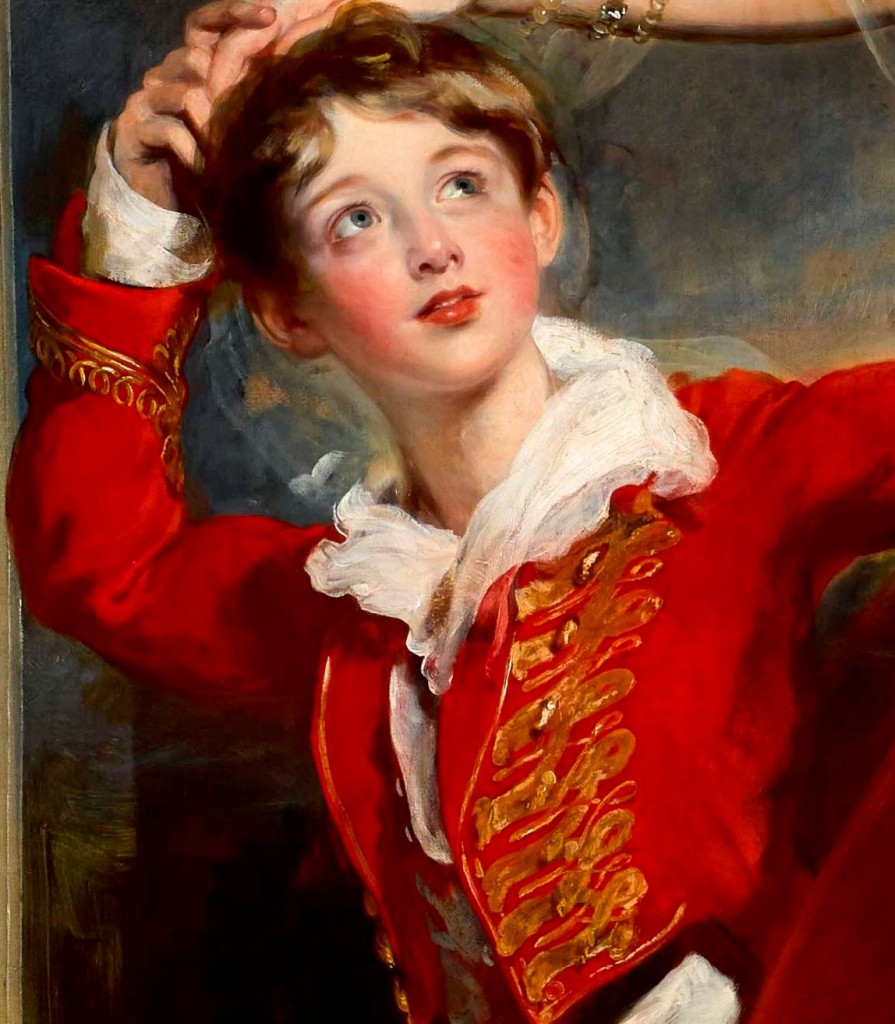 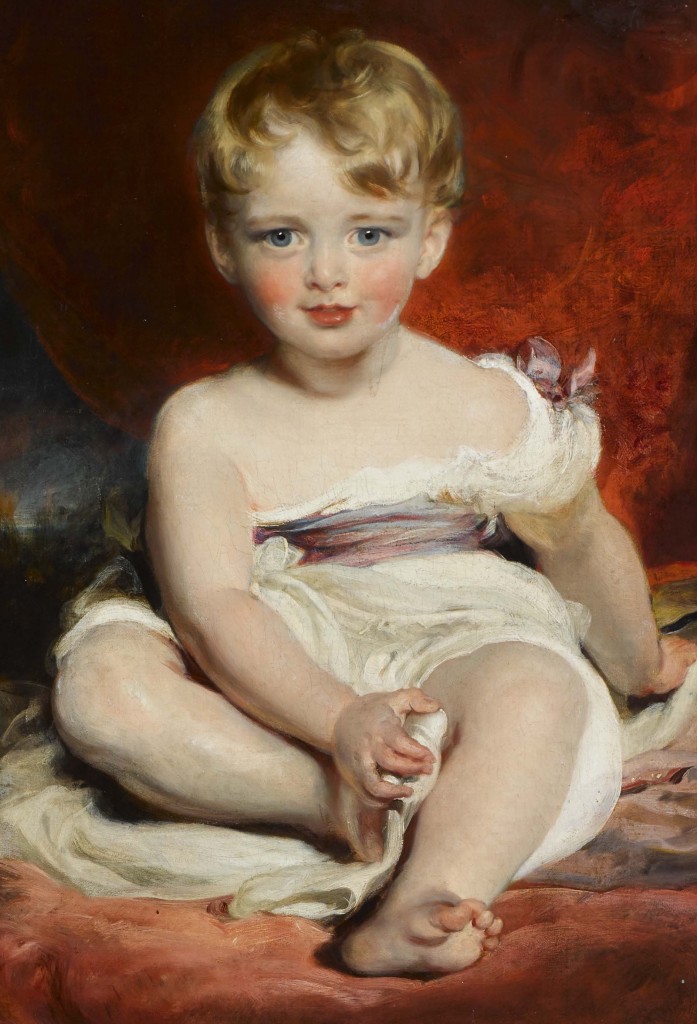 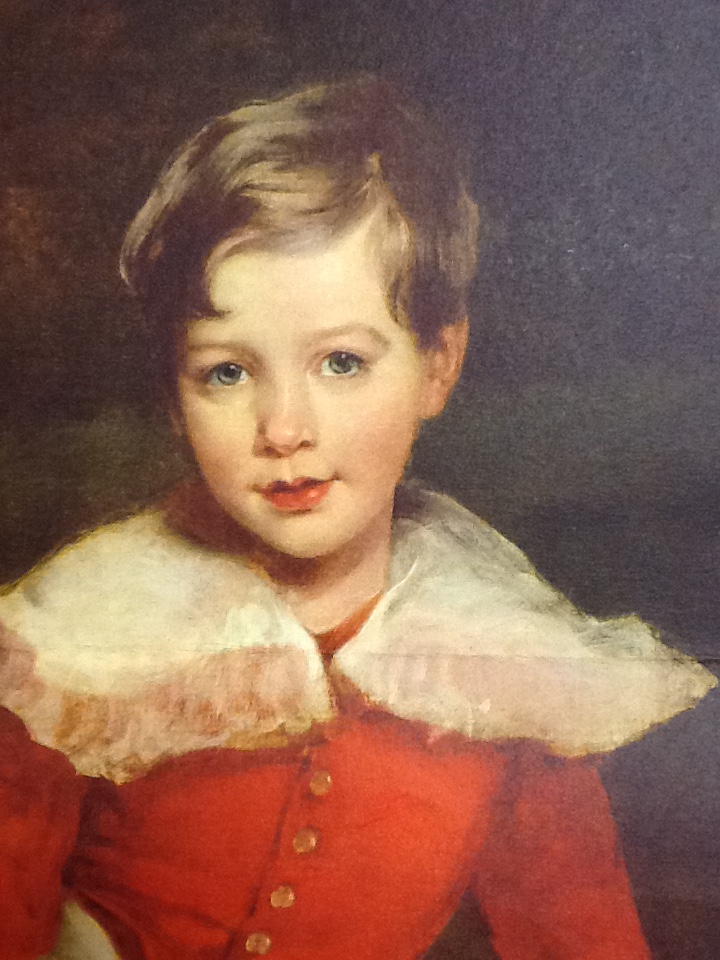 The image copyright was credited to the Mildred Anna Williams Collection at the Legion of Honor in San Francisco, so I contacted them, and the Curator kindly responded by saying that the painting was no longer in their collection but had in 1991 been reattributed to a female artist called Margaret Carpenter. The curator was unable to tell me any more as the painting had been subsequently sold by Bonhams and the current owner was unknown.

Having not heard of this artist, I subsequently undertook some research on her and was fascinated by what I discovered. Margaret Sarah Carpenter 1793-1872 (née Geddes), was considered to be one of the most accomplished female portrait painters of her time. Her father was the painter A.R. Geddes and part of her training lay in making copies from the collection of Lord Radnor at Longford Castle.

In 1814 she moved to London and soon established herself as a highly fashionable portrait painter. Between 1814 and 1866 she entered 236 works for public exhibition at the Royal Academy, the British Institute and the Society of British Artists. Of her Head of a Polish Jew, exhibited at the British Institution in 1823, a reviewer wrote: ‘It very rarely happens that a specimen of art like this is produced from the hand of a lady: Here are colour, light, strength and effect, and anatomical drawing.’ Her portraits follow in the tradition of Lawrence, but art historians have considered them to be more fanciful and feminine in character, particularly her portraits of children .

It is rather too easy to become distracted by a find such as this. Although comparisons can be made; there are similarities in his features and clothing, it is clearly not a direct copy, and the landscape has nothing distinguishing to link it to the family. The question therefore remains: was Margaret Carpenter commissioned around the 1830s to complete this portrait, or did she perhaps base it on one of the existing paintings by Lawrence? Is the portrait even of Lord Seaham? Her name has not appeared in family correspondence to date, although admittedly we were not looking for it. We are now all keen to investigate this charming portrait further in the hope of proving it to be of Lord Seaham, albeit not a Lawrence.