You are here: Home News A selection of portrait collections in Bath – a study visit Visit by Alison Cooper 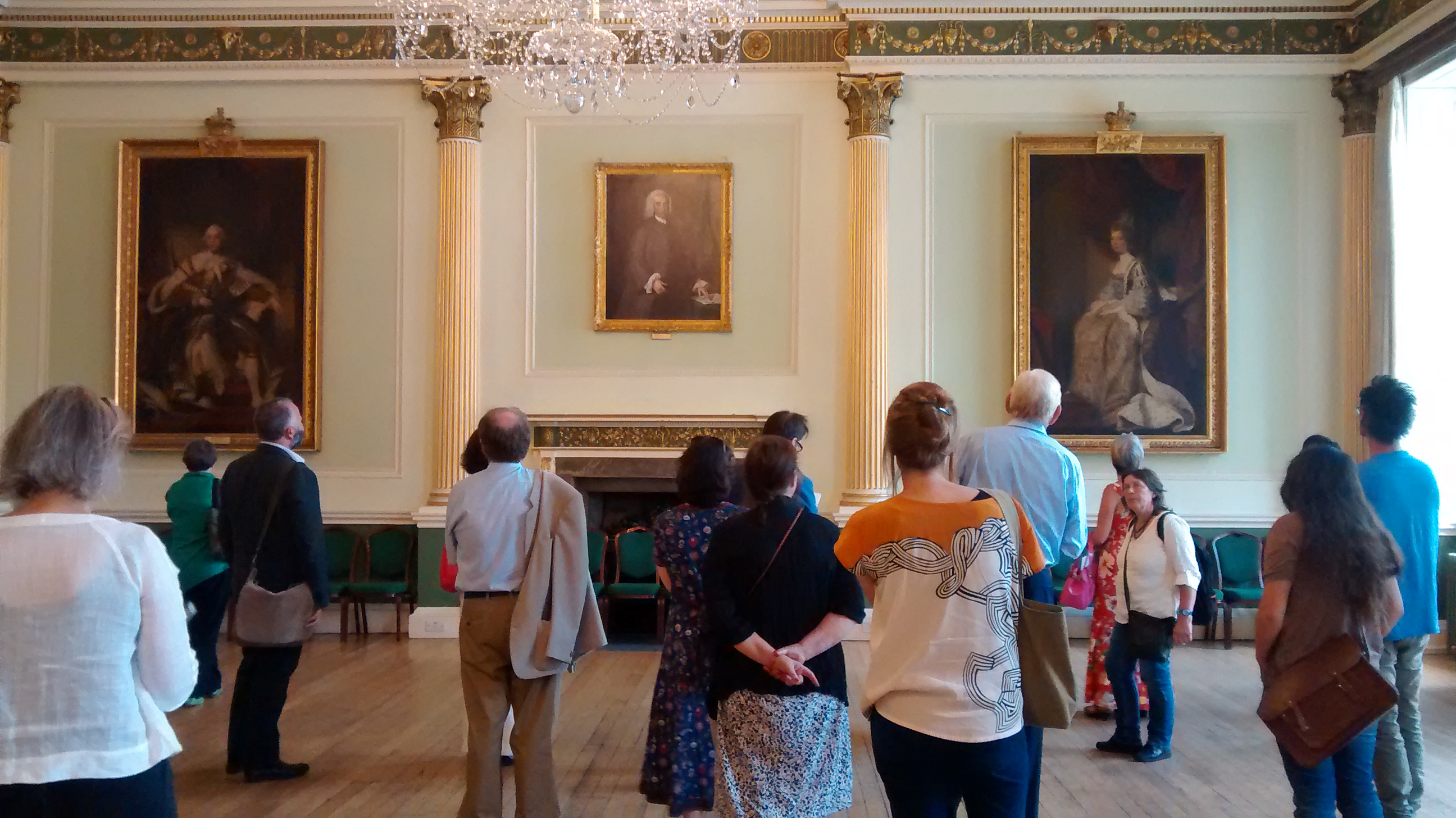 The Understanding British Portraits study day in Bath offered the chance to visit four fascinating collections across the city. With 18th century portraiture being particularly represented in Plymouth’s collections by artists including Sir Joshua Reynolds, James Northcote and John Opie, Bath seemed like it could be the perfect Georgian inspiration to start thinking more deeply about the portraits in Plymouth’s collection as well as to get some ideas about different methods of interpretation and display which would be of use for our forthcoming portrait exhibition (opening December 2014).

We kicked off the gloriously sunny day with an insightful introduction to the history of the Holburne collection from Amina Wright, Senior Curator. This set the scene for Bath as the 18th century resort, very much part of the mentality of visitors, patrons and sitters in Bath and a theme that we would naturally see recurring throughout the day.

Of many fantastic paintings, Gainsborough’s The Byam Family became more interesting as Amina discussed the result of conservation and x-ray analysis which revealed alterations to the painting; the addition of the infant Selina and the change in colour of Lady Byam’s dress (and, to avoid clashing, Lord Byam’s waistcoat) showed Gainsborough’s sitters’ concern to keep up with the fashions of the day. It was also a good reminder that portraits can often reveal more beneath the surface than they may first appear.

It was interesting to see the recently acquired Somerset-Maugham collection of theatrical portraits as the idea of capturing ‘celebrity’ actors such as Garrick is something currently being researched for Plymouth’s exhibition, with prints of Garrick as well as some 19th century oils of local actors including Samuel Phelps as Hamlet by Nicholas Joseph Crowley, c. 1845. 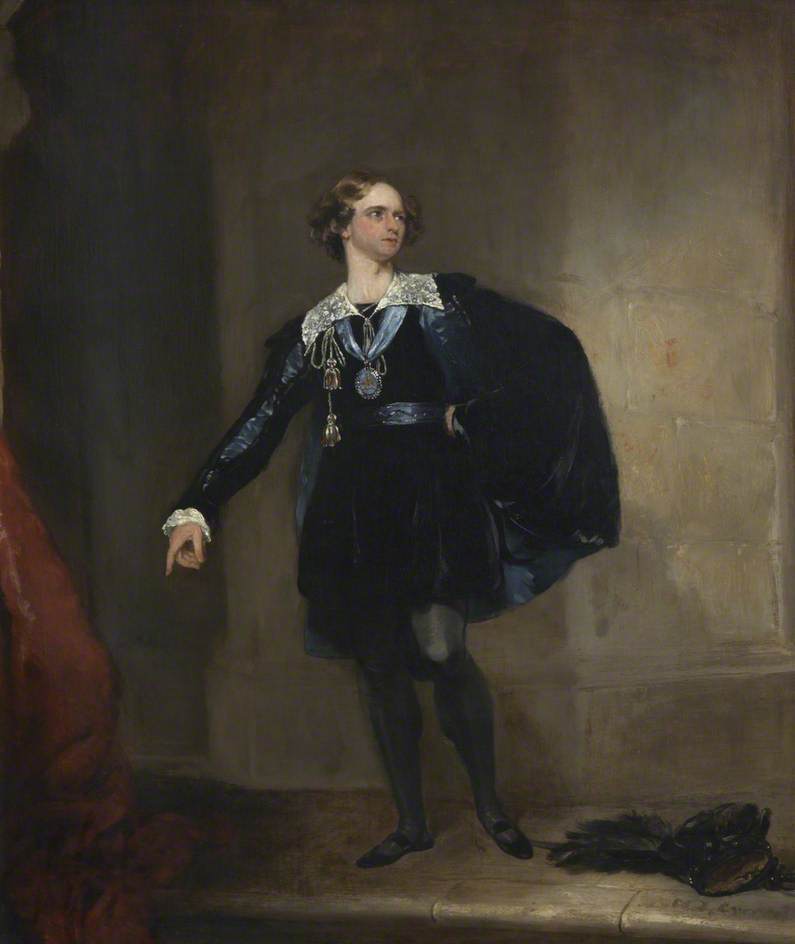 The Holburne’s current exhibition Julian Opie Collected Works was also a good mix of historic and contemporary. I was surprised to learn of Opie’s own historic collection including some fine examples of panel portraits. The historic and contemporary worked well together in the space and was of interest for me, as we are looking to mix a range of styles and eras in our portrait exhibition in Plymouth.

Having lived and worked in Bath some years ago, I’m ashamed to say I have never visited the Min before (or the Royal National Hospital Rheumatic Diseases, to give its full title) so it was a great opportunity to learn more about this collection. William Hoare’s group portrait of Dr Oliver and Mr Peirce, the First Physician and Surgeon Examining Patients is remarkable for its depiction not only of the physicians but also the documentary aspect of recording every-day patients suffering the illnesses most commonly treated at the Min. Benjamin Morris’ portrait of Mr John Morris the first apothecary and his wife, are interesting when thinking about the status of apothecaries and their role in 18th century society. This brought to mind a work in Plymouth’s collection by John Opie of William Cookworthy, a noted apothecary and the proprietor of the Plymouth porcelain factory. Clearly the status of apothecaries, and their wider civic roles, was sufficient enough to warrant having their portrait painted. 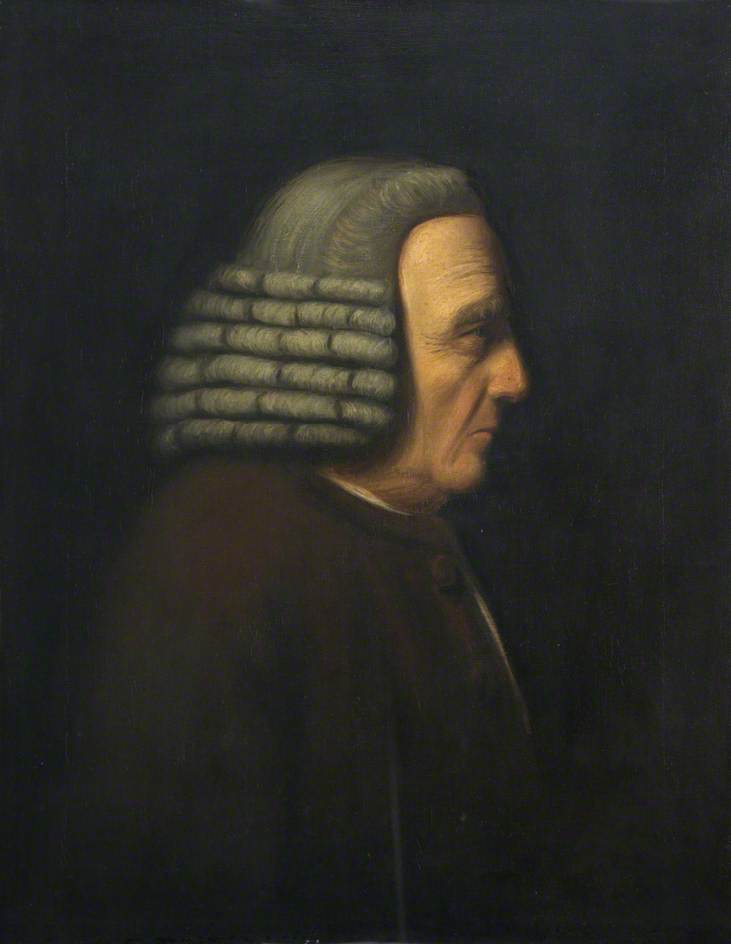 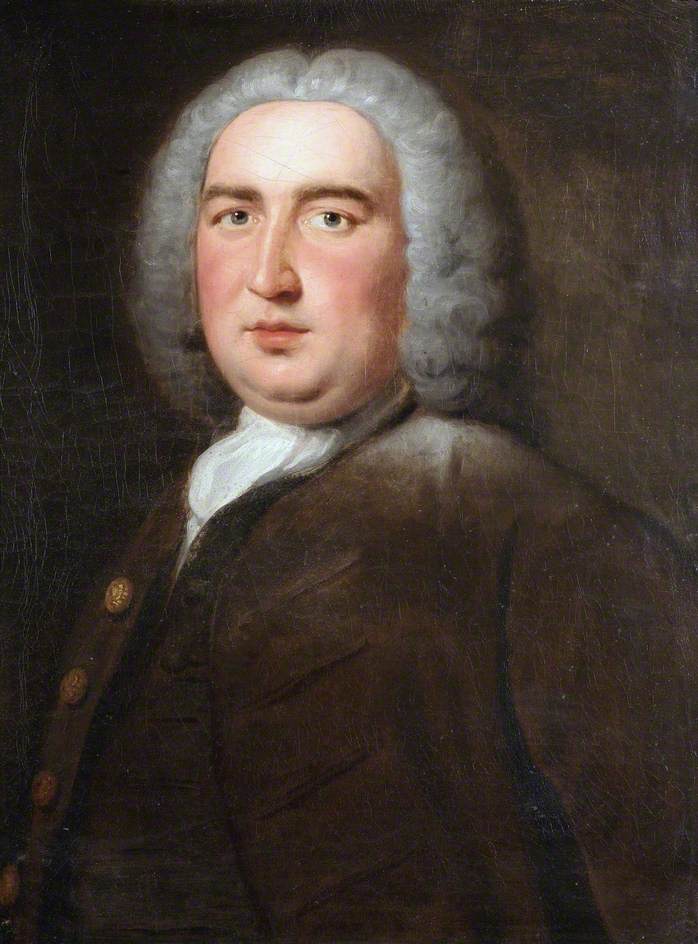 After lunch we moved on to Bath’s Guildhall and were treated to a visit to the council chamber, home to the surviving portraits from a remarkable commission of 30 councillors’ portraits by Johan van Diest in 1728. Dr Michael Rowe gave us an incredibly knowledgeable tour of the collection and the history of the architecture of the building. The Banqueting Hall is a real gem displaying a number of full length portraits beneath the light of two wonderful 18th century chandeliers. Encountering the portraits of George III and Queen Charlotte, enabled me to recognise and then subsequently attribute another pair of copies of these portraits, from the Plymouth Devonport collection after the original by Reynolds. 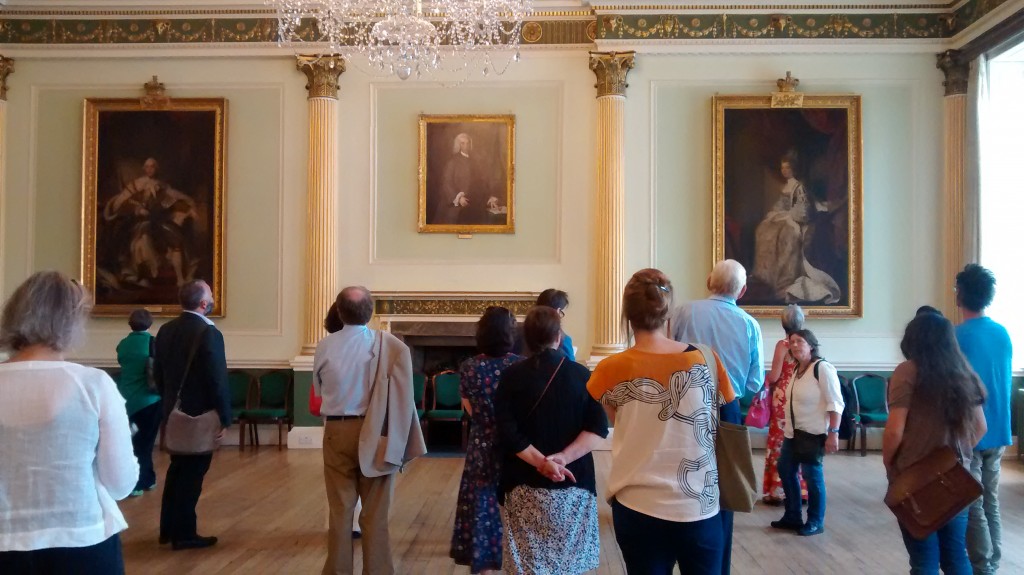 Our final stop was the Fashion Museum in Bath’s Assembly Rooms where we were given a tour of the Georgians exhibition by Museum Manager Rosemary Harden. The decision to display the Georgian exhibition in terms of chronology of the fabric rather than the styles (due to the fact that  dresses were frequently altered and therefore difficult to date by style) was a really interesting and, I felt, effective one that made a change from more usual chronological displays. Each label also focussed on a different Georgian, quoting primary sources about attitude towards fashion, again something that was a quite simple but very effective way of layering information given a limited amount of text and was of interest for thinking about interpretation ideas for Plymouth’s portrait exhibition. The ‘Behind the Scenes’ gallery was also another innovative way of displaying collections to lessen the distinction between the collections on display and those in store.

Altogether the day was not only of interest because of the collections we visited, but also because of the chance to speak with other attendees who came from a wide range of backgrounds. It offered the opportunity to look at collections together, bringing different knowledge bases to the discussion, and also gave the chance to discuss work or projects that others were currently undertaking. Thank you to the NPG UBP and in particular to Caroline Pegum for organising such a fascinating day.