You are here: Home News A truly inspiring day by Amelia Marriette 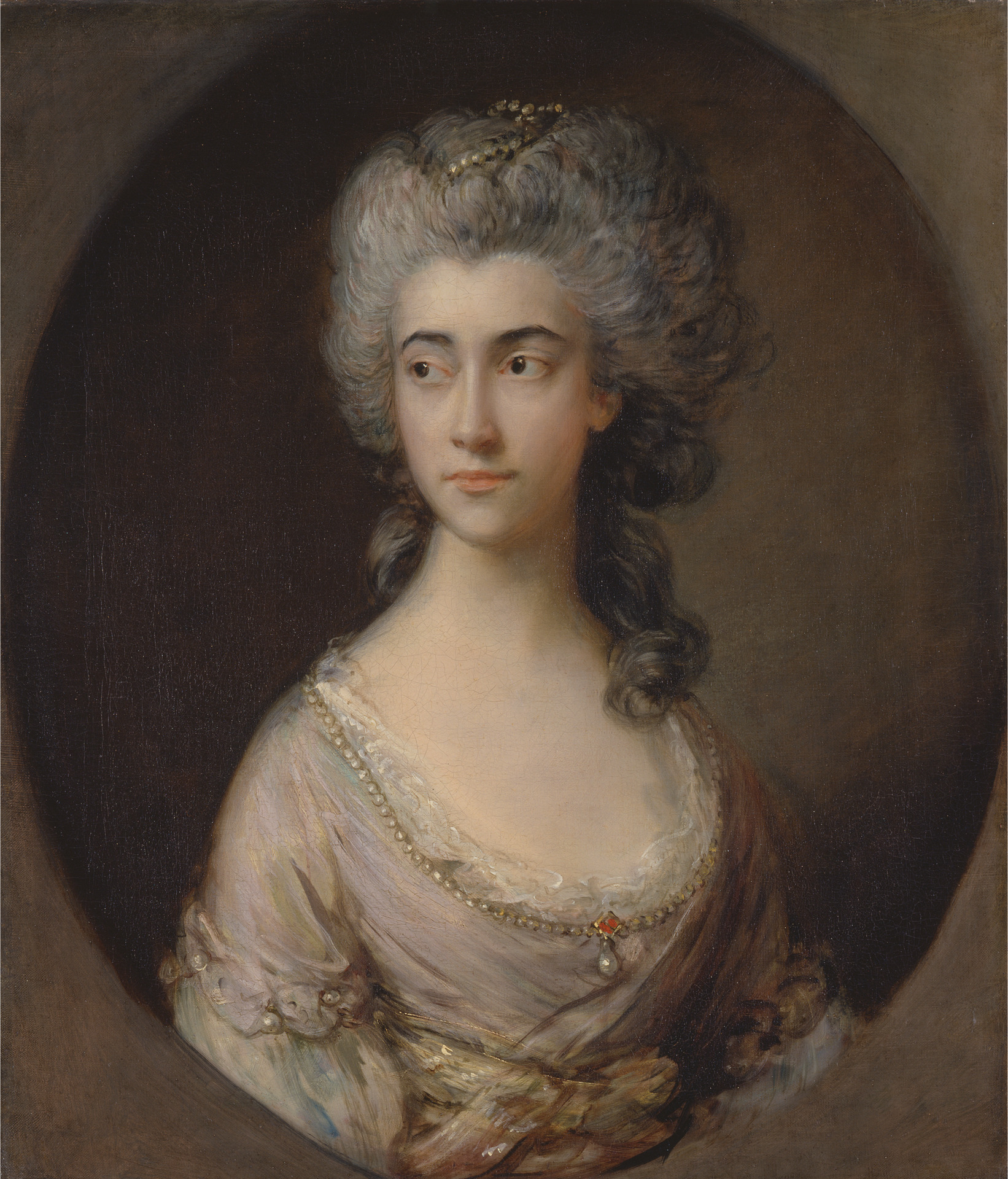 I am the Exhibitions and Collections Curator at Torre Abbey in Torquay. I was lucky enough to attend the Understanding British Portraits network Annual Seminar on 27th November last year with a bursary from the network. Attendance at the Understanding British Portraits is, I feel, essential and I have attended nearly all of the conferences since 2009. Many of us work in isolation and have very little time for research. A chance to attend sessions on a single day which brings so much knowledge to us in a ready-packaged form is not only a joy, but raises the bar for us all. For me Charlotte Bolland’s talk was the most outstanding and informative. Charlotte is the Project Curator on the Making Art in Tudor Britain at the National Portrait Gallery. A rare early portrait of Catherine of Aragon in its original frame has recently been identified in the collection at Lambeth Palace. The painting, which will be on loan to the National Portrait Gallery for five years, is now on display at the NPG. This astonishing discovery is amazing in itself, but Charlotte’s explanation of the different processes by which the painting was dated and verified was thrilling. She described the use of infra-red reflectography, the use of X-ray examination, dendrochronology, ultra violet examination and the one that I find most fascinating – pigment and media analysis. 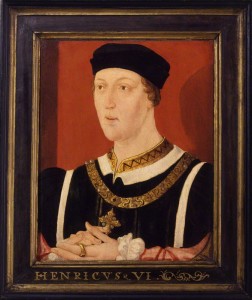 Pigment and media analysis can assist in establishing the veracity of arguments, in the case of the portrait to the right, analysis has thrown some light on the criticism of the status of the sitter. In this portrait the pigment on Henry VI’s tunic today appears green, but pigment analysis has shown it was originally dark blue, having changed chemically on ageing. This confirms contemporary criticism of the king as a man who dressed like a ‘farmer’ (blue being a colour associated with working life). For more on the technical analysis of this painting please see here.

From this observation DeGalan has built her argument and in so doing has created a way to see these paintings of be-rouged sitters in a fresh way, which of course is the purpose of new research. During the break I had a chance to talk to the speaker; this is another major virtue of these conferences: the speakers happily share their ideas and welcome questions over tea. I was given the opportunity to tell her of how her talk reminded me of Hamlet’s scene with the gravedigger (Act 5, Scene 1) when, Hamlet, who is holding Yorick’s skull, suggests that it ‘get you to my lady’s chamber, and tell her, let her paint an inch thick, to this favour she must come’. We were able to expound on this together and again it has given me ideas of how the paint applied in paintings is metaphorically linked to the idea of paint and make-up in both literature and popular culture. It was very inspiring.

I have selected only two of the talks to discuss in depth, but I would like to give a special mention Dr Alexander Sturgis, Director of the Holburne Museum for his very engaging talk on Presenting Presence: showing portrait sculpture. Opportunities to talk about portrait sculpture are few and far between.

I will definitely be back.