You are here: Home News An insight to Bethlem through the lens of Henry Hering: a workshop, by Anna Sparham

An insight to Bethlem through the lens of Henry Hering: a workshop, by Anna Sparham 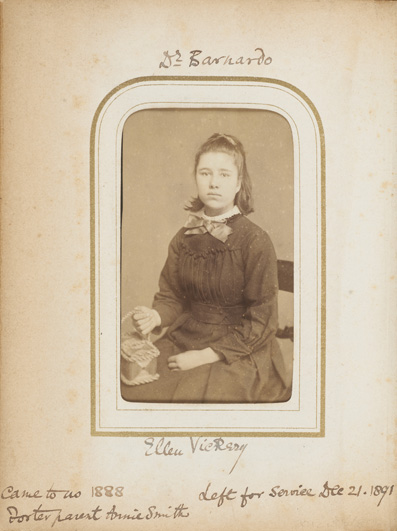 I felt a strong draw to this workshop, ‘Henry Hering’s early asylum photography; the collection in context’. My interest was triggered by my familiarity with the photographs themselves, but it was the word ‘context’ in the title that hooked me. No, the word itself is not particularly arresting, but the prospect of gaining some knowledge around this field of work was indeed attractive. Add to this a long intended trip to Bethlem Museum of the Mind and I’m there. I wasn’t disappointed. Each presentation was captivating and informative, raising issues around the power of the photographic medium, the artist’s hand, objectivity and purpose. Given the subject of mental health, it was also very poignant. Despite several excellent talks, this post focuses on Hering’s late 1850s photographs of Bethlem patients and the immediate responses I made to them.

To kick start the morning, Caroline Smith, Education and Outreach Officer at the Museum of the Mind walked us through some revealing examples of Hering’s portraits. For many, Bethlem likely conjures up imagery fed by numerous historical visual sources, fictional literature and popular culture. I wanted to move beyond some of the assumptions I had made of several of the portraits I had seen. What was the photographer’s purpose? Were his motives empathetic?

Hering was a society photographer with a studio at 137 Regent Street, London. His sitters included politicians, musicians and royals. Yet in stark contrast, here he was recording men and women in Bethlem. Each photograph holds an immediate power. As Caroline noted, formal photography was unlikely to have featured greatly in many of their lives. Despite the environment, a long way from a West End studio, there are comparable style traits between these images and Hering’s society work.

Was Hering personally interested in Bethlem? Did he hope to pursue the ‘objective’ medium of photography as an aid to scientific research; to explore mental health and the ‘physiognomy of insanity’? Or did Hering simply accept a commercial commission, most likely through the recently appointed Superintendent Physician to Bethlem, Mr Charles Hood? Although relatively little is known, it is fascinating to study his results and speculate on the process.

The sitters, several of whom have been identified, were photographed soon after admission to Bethlem. Some were then photographed again after being ‘successfully’ treated. On the surface at least, there are some apparent immediate contrasts between these ‘before and after’ images. Many of the earlier sitters hold their faces downwards and away from the camera, suggesting disengagement with the activity at hand. Some appear unkempt. In subsequent portraits however, those same sitters wear more refined clothing, appear more posed with uplifted postures and unclenched hands. They typify early Victorian studio portraiture, dignified in manner and looking away, but intentionally so.

The question of representation swiftly entered my mind. How far were the patients directed by Hering and how much were they able to contribute to their own visual record? Little is known about patient involvement although some hospital records indicate a degree of this. Closer scrutiny provides viable possibilities through clothing choices or inclusion of particular props. There is not in fact such a formulaic pattern to the whole set as I first presumed. The complexities of mental health are strikingly reflected in the varied arrangements. 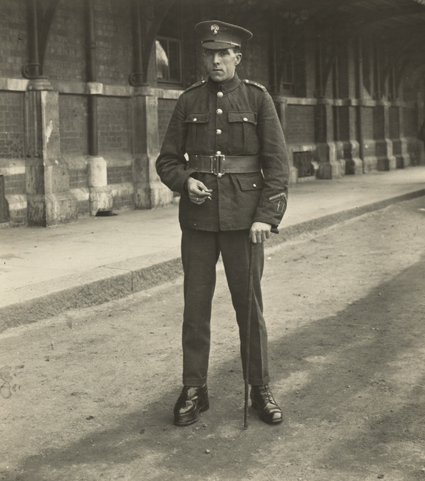 The question of a subject’s own influence upon a photographic portrait of themselves is an omnipresent one. Hering’s photographs of William Green, a Grenadier Guard, brought to mind a touching photograph in the Museum of London collection. Made in situ within military barracks, it shows a soldier awaiting discharge after being wounded at the Front. Some physical limitations are clear. Yet his expression, at least to me, hints at a further, deeper vulnerability. Is this in the eye of the beholder, bringing to it retrospective associations of war-induced trauma? Is it the success of the sitter-photographer relationship? Has the soldier presented himself in a manner expected of him, or has he let down his guard? Comparison might be drawn here with the Bethlem portraits in considering how individuals intended to be seen. 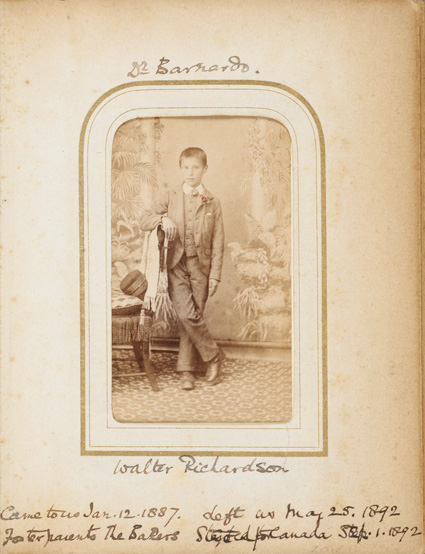 One reason I wanted to attend this workshop was to enhance potential interpretation of a specific collection at MoL; an album of 23 cartes de visite acquired in 2012 (see above, and top of page). Made between 1886 and 1893 the portraits show London orphans, although actually photographed in Suffolk whilst living in foster care with local families. Annotations below 13 children tell us their names, arrival and departure dates and origins, ranging from Paddington Workhouse and Dr Barnardo’s to simply ‘waifs and strays’. The glimpse offered into these children’s lives is just that…a glimpse. Our imaginations fill the ‘before and after’ gaps, informed by clothing, stance and context. Caroline Smith reminded us that Hering’s photographs and hospital records only inform us of a fraction of someone’s life. Yet fascinating and absorbing portraits such as these leave a lasting impression.

The subject of another engaging presentation was that of Francis Galton’s 1880s photographs of Bethlem patients. He aimed to prove with photography common visible features amongst those suffering mental illness. Despite familiarity with his composite experiments, I hadn’t fully appreciated the extent of his wider eugenics practice, which throws unnerving perspectives upon his work.

Galton and Hering’s content led delegates into discussions and debate around the ethics of displaying sensitive imagery. What to show and what to leave out? Exemplifying the dilemma delegates were shown the remarkable article on ‘habitual drunkards’, which reproduced sensitive material irrespective of potential multiple interpretations. In this digital age this strongly reinforces an urge to retain control over image use. As a curator of photographs, I fully appreciate these decisions and associated difficulties. However, holding back photographs in fear of misinterpretation has to be weighed up against the risk of narrative imbalance. The fact that the room appeared divided in opinion over the displaying/retaining of one particular Hering photograph, perfectly illustrates that perpetual challenge.