You are here: Home News ‘…and amongst moneyed men he was looked up to as an oracle’.* Mr Coutts’s Chinese Wallpapers and the Art of Diplomacy, by Dr Laura Popoviciu

‘…and amongst moneyed men he was looked up to as an oracle’.* Mr Coutts’s Chinese Wallpapers and the Art of Diplomacy, by Dr Laura Popoviciu 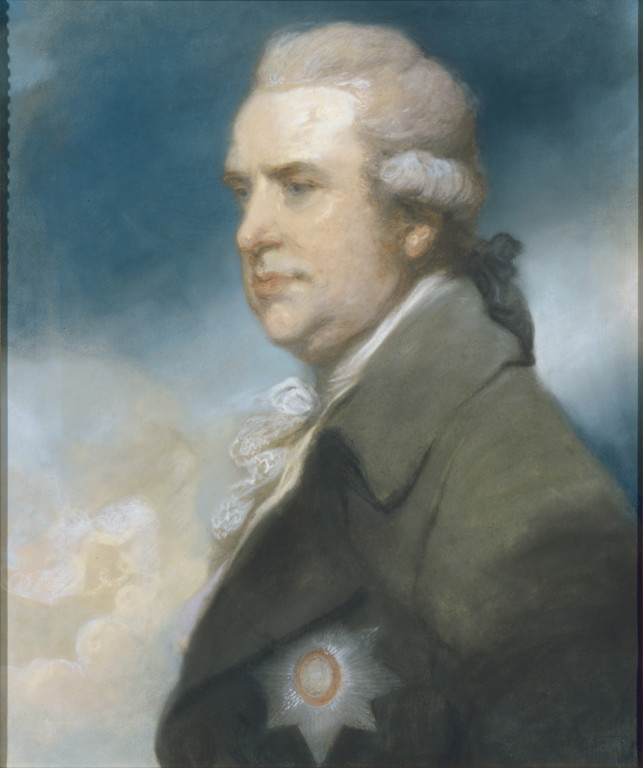 Standing outside Sir Frederick Gibberd’s modern atrium of Coutts & Co., gracefully incorporated into the Georgian building on the Strand and waiting to explore their portrait collection as part of a study day organised by the Understanding British Portraits network, I wondered about the Coutts’s taste as collectors. The semi-reflective glass façade would not give anything away yet.

Reaching the top floor and stepping into the solemn boardroom, I did not envisage such an unexpected encounter. I was instantly drawn to the minute scenes on the Chinese wallpapers in the room. Inspired by written and visual sources dating back to the 12th and 17th century respectively, and sprinkled with delicate fruits, fauna and vegetation, they illustrate emblematic episodes of Chinese life and industry including rice, tea, porcelain and silk production.† To my surprise, I learned that the wallpapers were purportedly gifted to Thomas Coutts by his friend and client Sir George Macartney, and dressed the interior of his private rooms at 59 Strand, before being transferred to the present premises in 1904. The name Macartney prompted me to reflect on his portraits in the Government Art Collection (GAC) and observe them from a refreshing new angle. Irish diplomat and colonial governor, Lord Macartney (1737-1806) was also the first British Ambassador to Peking (Beijing) between 1792 and 1794. A scintillating pastel by Ozias Humphry (1742-1810), acquired in 2003, captures his pensive but stern gaze in an intimate half-length portrait, wearing a green jacket with the Star of the Order of the Bath and a ruffled cravat (top left). Together with this portrait came an illuminated folio announcing his nomination as Viscount of Dervock in the Irish peerage in 1792, just before he set sail to China. Accompanied by a large contingent and bearing numerous gifts manufactured in Britain for Emperor Qianlong, his mission was to set up a British embassy and secure the British-Chinese trade. Despite failing, the convoy brought back to England commodities such as the wallpapers for Coutts and significant observations about 18th-century China, documented in diaries and precise sketches by William Alexander. The latter’s studies were published as illustrations to Sir George Staunton’s An Authentic Account of an Embassy from the King of Great Britain to the Emperor of China, a set of which is also in the GAC.

Most appropriately, today, Humphry’s pastel, alongside the illuminated certificate and the prints after Alexander, are displayed in the British Embassy in Beijing. The GAC contributes to cultural diplomacy by selecting works which have a strong connection with the host country either through the artist or the subject of the work. This display, for instance, evokes a historically significant tradition of British embassies to China, and invites the current ambassador and visitors to the embassy to engage with this tradition. 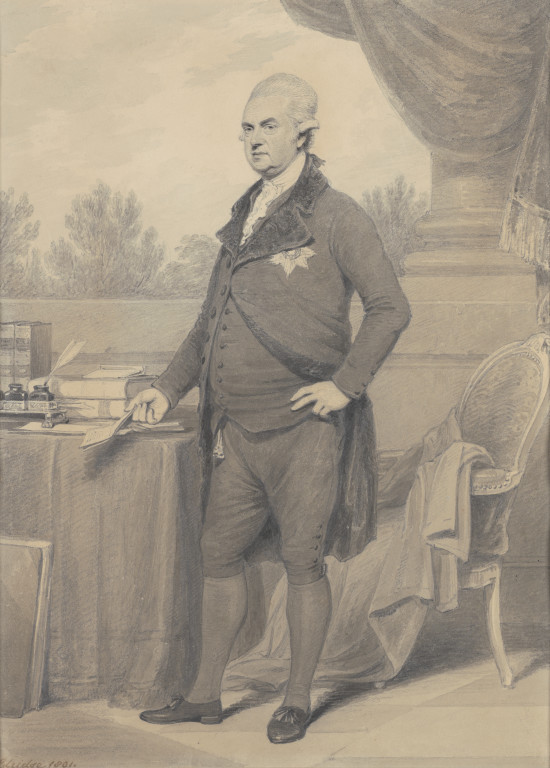 At the GAC office in London, two more portraits of Macartney await to be chosen for display: one is a full-length drawing by Henry Edridge, formerly in the Spencer Collection at Althorp (above), the other, a painting by Lemuel Francis Abbott, from the collection of the sitter’s family (below). Will they be placed in the British Embassy in Russia, or perhaps India or Italy or Ireland – all places Macartney had put his mark on?

I learn that in 2013 Coutts & Co. carried Macartney’s ambassadorial gift further by commissioning reproductions of the Chinese wallpapers for its offices around the world and issuing ‘the most prestigious and sought-after’ Silk Card (a client credit card) which featured a detail of the wallpaper in monochrome.◊

Through their work, though different in scope, both institutions – Coutts & Co. and the GAC – show how displays help to create continuity, reinforce an identity globally through art and history and ultimately, perform an act of cultural diplomacy. 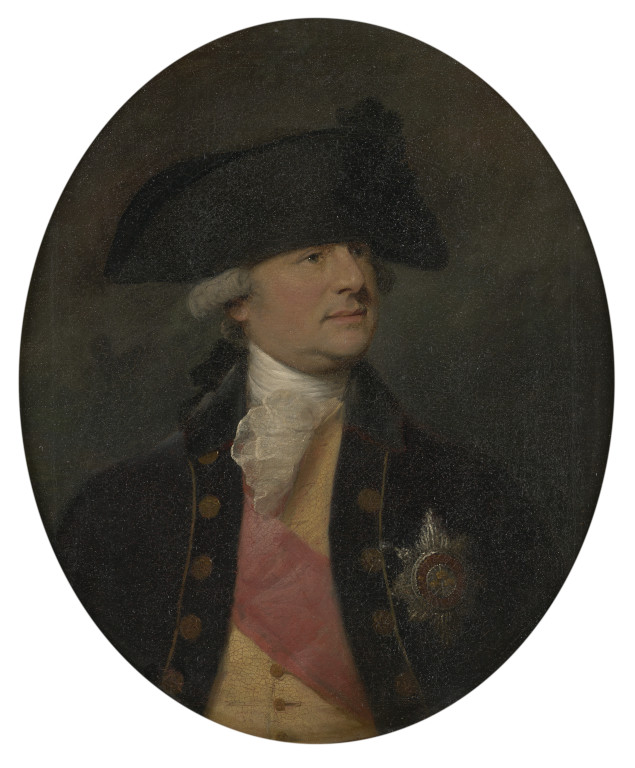 As I leave the boardroom and enter the gallery of portraits, not before I scent the live ‘wallpaper’ of herbs garnishing the adjacent roof garden, I pause in front of the portrait of Thomas Coutts by William Beechey. No longer the legendary ‘Croesus’ or indeed ‘a library of knowledge’∞ surrounded by a select entourage of clients, but rather a frail and desolate man nearing the end of his life.

From the opposite wall emerges a majestic portrait of his second wife Harriot. As she faces Thomas in her Regency dress and white gloves, we can almost picture her as Volante on the stage of Drury Lane Theatre, reciting adamantly: Heavens preserve me ever from that dull blessing – an obedient husband!º Was this the moment that had prompted the octogenarian Coutts (still married to his first wife) to begin to pursue and then marry the young actress in 1815? Twelve years on, in a moving tribute to her late husband, the new senior partner of the bank confessed:

Is it true? Can I believe it- […] the wife of the best, the most perfect being that ever breathed, his love and unbounded confidence in me, his immense fortune so honourably acquired by his own industry, all at my command…‡

* R. Richardson, Coutts & Co., Bankers, Edinburgh and London. Being the memoirs of a family distinguished for its public services in England and Scotland, etc, London 1900, p. 65.

† I thank Anna Wu for her help and advice on this topic; see her article ‘Chinese Wallpaper: a cultural chameleon’, The Wallpaper History Review, 2015, pp. 39-48.

◊ I am grateful to Ms Wu for kindly allowing me to consult her paper ‘The Chinese Wallpapers at Coutts & Co., London: Mobilizing Images of Chinese Life and Industry’, which she presented at a recent conference in London.

∞ Life of the late Thomas Coutts, Esq., Banker, in the Strand, with biographical and entertaining anectodes of his first wife, Betty Starky, and of the present Mrs. Coutts. By a person of the first respectability, London 1822, p. 5.