You are here: Home News ‘Anything anyone ever wore, anywhere.’ Reflections on Depicting Dress by Catriona McIntosh

‘Anything anyone ever wore, anywhere.’ Reflections on Depicting Dress by Catriona McIntosh 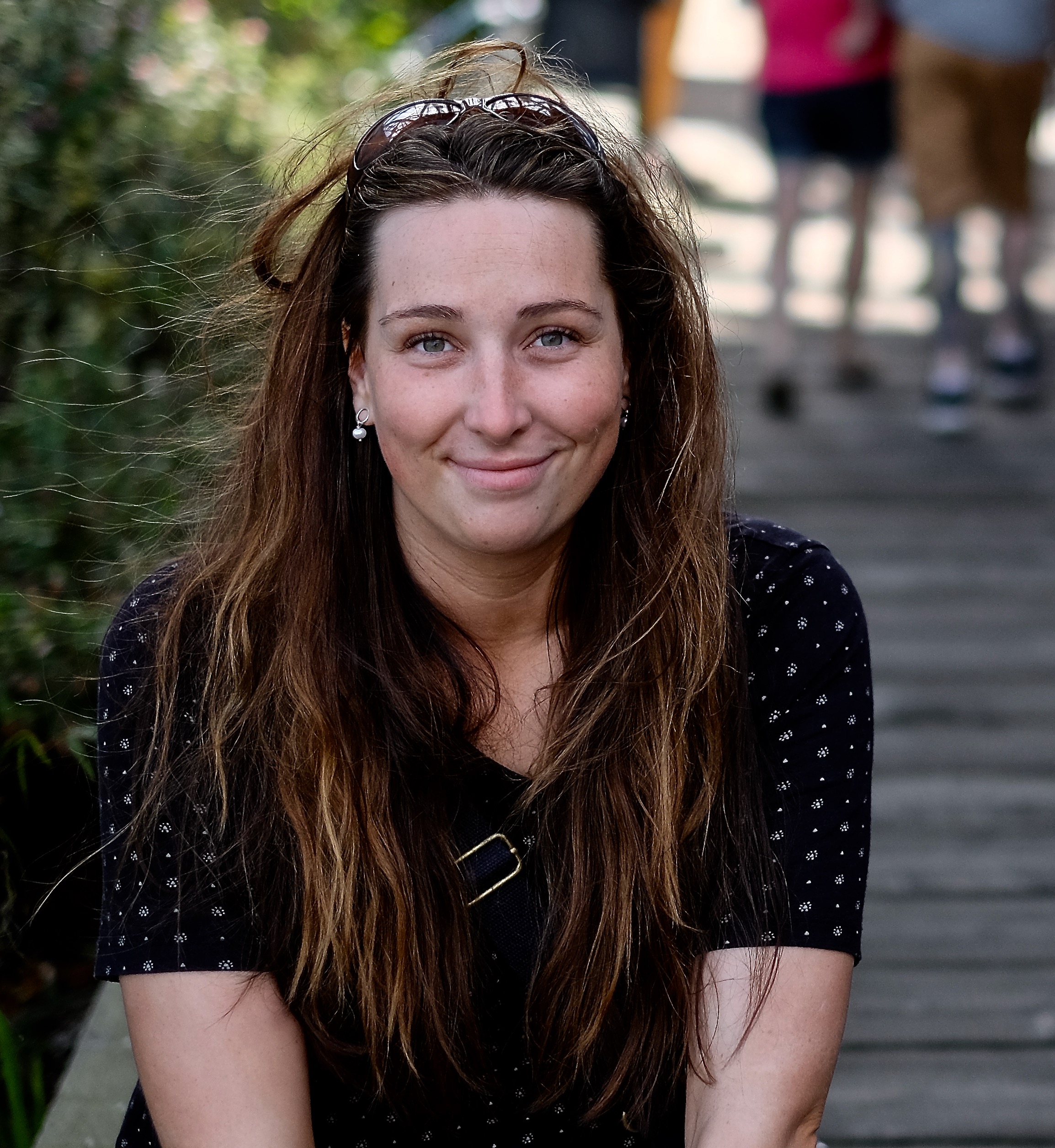 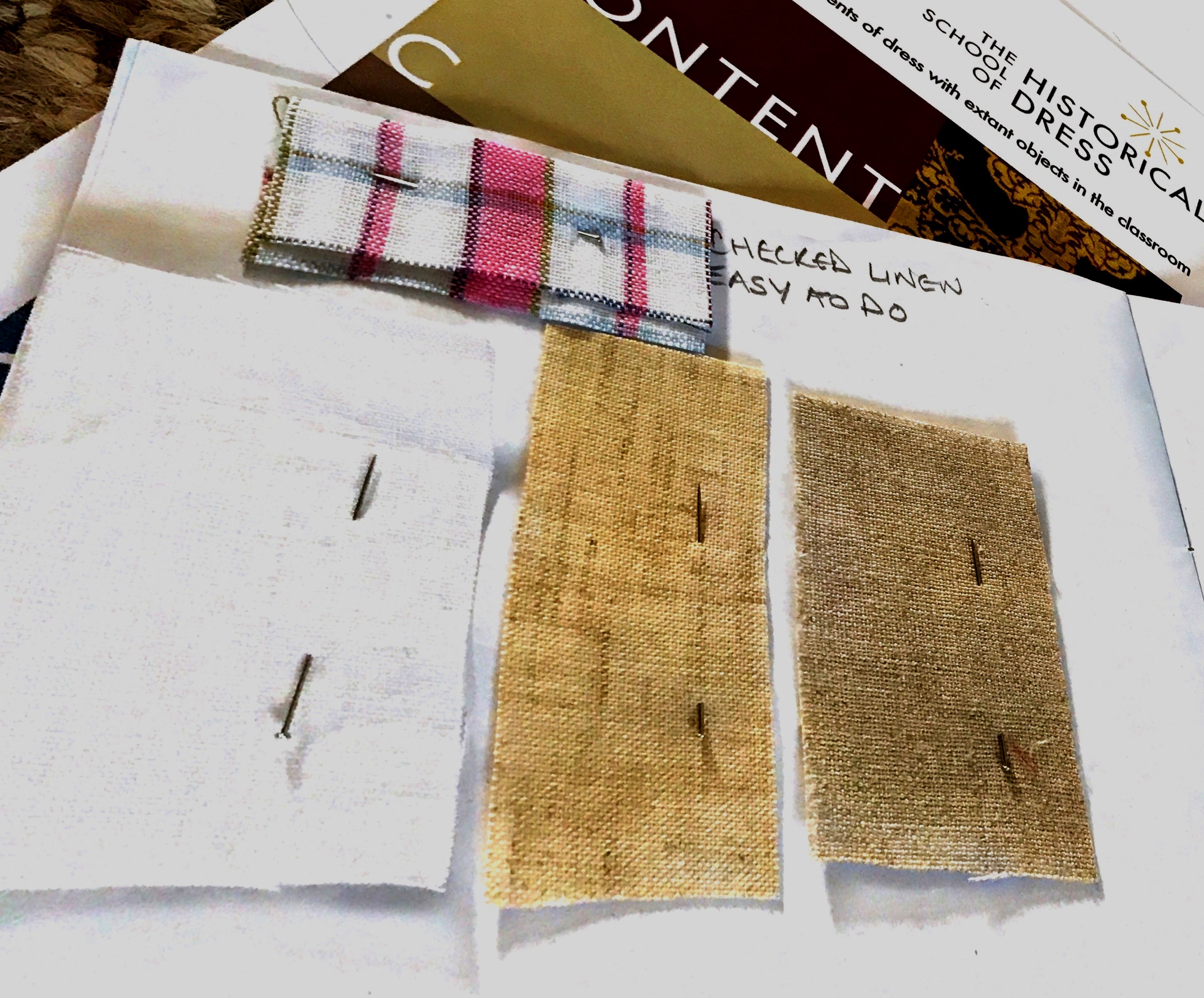 On the 20 September ’17, I attended the Depicting Dress workshop run by Prof. Jenny Tiramani and Vanessa Hopkins, teachers at The School of Historical Dress in Lambeth.

In late spring when I had read the description of the workshop, I thought it would provide a fantastic development opportunity; a chance to improve my knowledge and foster some confidence in speaking to our audiences about dress in the 18th century.

I work on the Learning team at Culloden Battlefield Visitor Centre, a National Trust for Scotland site located in the Scottish Highlands, on the outskirts of Inverness.

At Culloden, we have a broad assemblage of artefacts on display relating to the mid-18th century conflict, which includes several portraits. For aspects of our learning provision (such as museum highlight tours for schools and the public), we talk about specific portraits in the exhibition, from the Portrait of a Jacobite Lady (on loan from the Drambuie Liqueur Company Ltd.), and a miniature of William Augustus, Duke of Cumberland, to a portrait of Charles Edward Stuart c.1785 (both below). While we talk about the context of the painting, we can answer the questions relating to construction and the cut of tartan, but we can fall short when people ask further questions; ‘What is that made from?’ or ‘People didn’t really wear [insert fabric of choice here]?’. 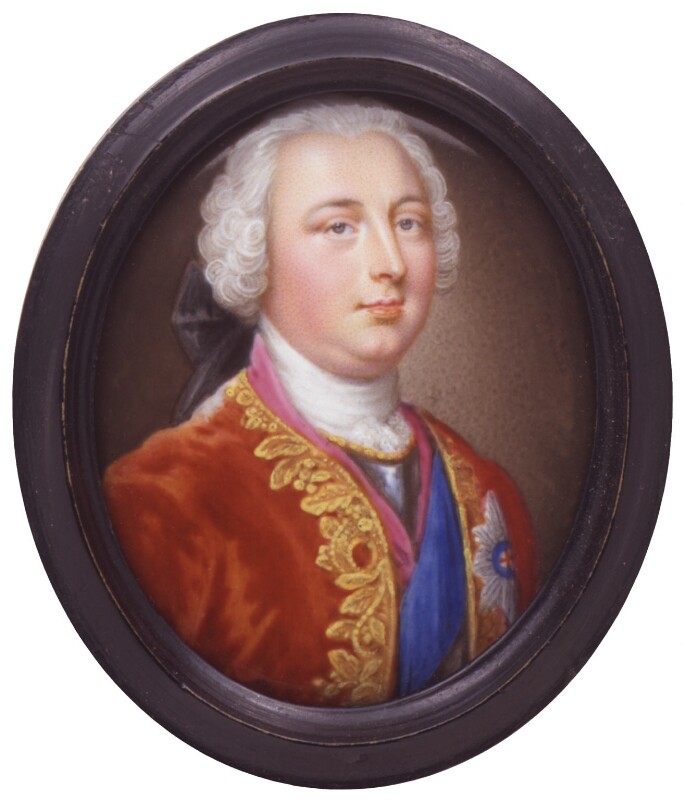 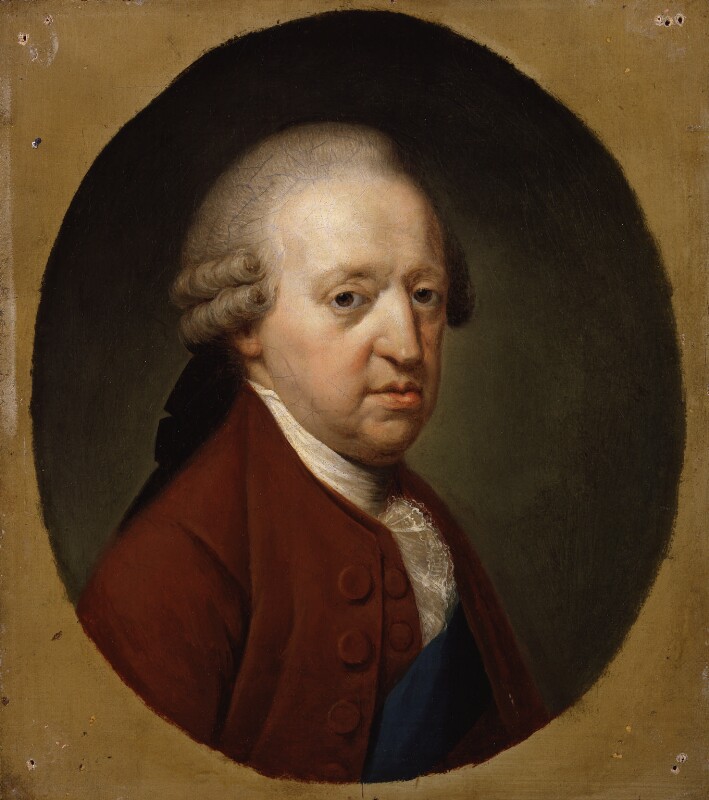 On arriving in London at the Depicting Dress workshop, I sat ready to absorb as much information as possible to bring back to Inverness.

We were welcomed into the new home of the School of Historical Dress and delved straight in. After being introduced to the School’s mantra of Context, Cut, Construct, Context we moved to our first port of call, where Jenny and Vanessa allowed us to look at (and touch!) some of the items in the School’s collection. Relating back to copies of portraits pinned on the wall, and with Jenny holding up reams of fabric to demonstrate the fall of the fabric and how it would appear in portraits, provided an excellent start to the day.

At Culloden Battlefield there are around 25 costumed volunteers who are dressed in reproduction clothing based on sketches, paintings and books (one such book is Janet Arnold’s Patterns of Fashion). While books and sketches are fantastic, the opportunity to physically see the way the fabric looks (the velvets and watered fabrics) and in some cases, hear the fall of the item such as the watered taffeta, was immensely helpful. And this was all while surrounded by rolls of fabric and in front of 18th-century maternity stays – the experience for me was quite surreal!

Consolidating on the morning session and after a short break (which involved a spectacular lunch!), Jenny and Vanessa helped the attendees create a small book of textile samples for 18th century dress. The textile sample was fantastic in pulling together the information in a tangible way to bring back. 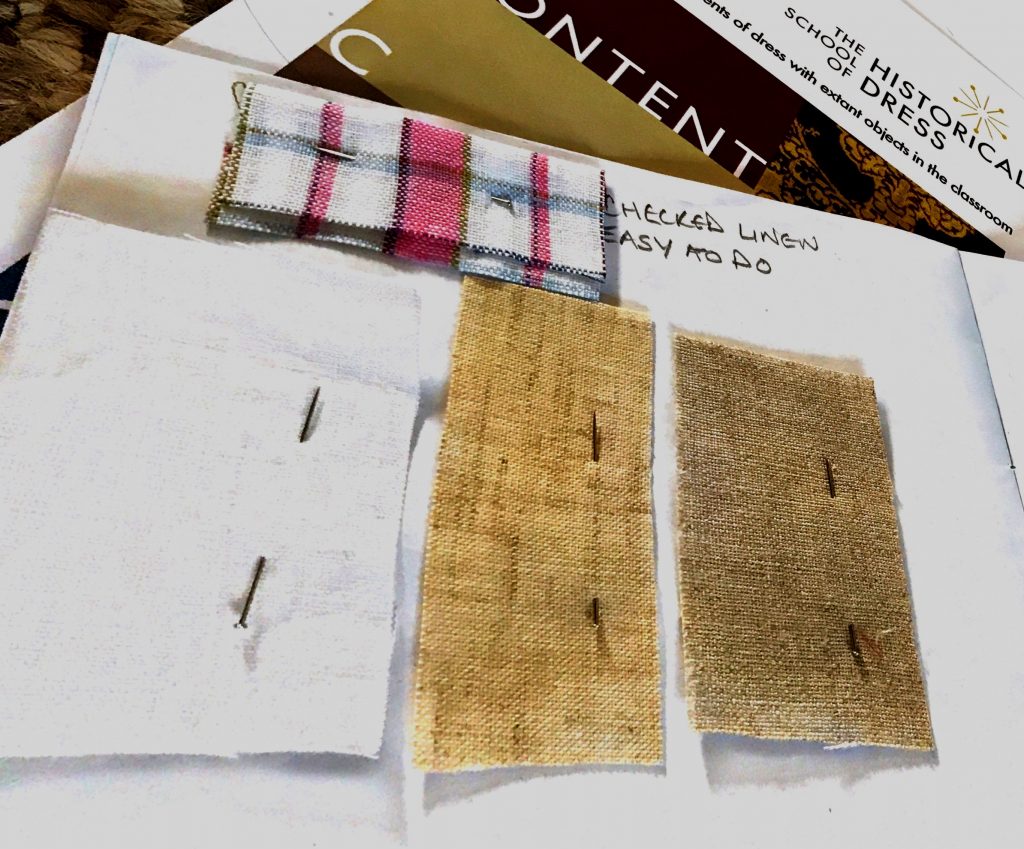 The booklet has also become very handy from the perspective of delivering formal learning provision. On returning to work, it has been incredibly helpful to have swatches of fabric to hand when talking to school pupils, the public, and our volunteers. It also gives me further confidence in my skills and knowledge to introduce the wonder of historic costume to a class of thirty 12-year-olds, or other group of visitors.

The other most useful aspect of the day for me, and the one which has had an immediate impact on my daily work, was the afternoon session on layering of female dress.
This was a practical session where one of the delegates kindly volunteered to model for the group as Vanessa and Jenny demonstrated the layering and construction of an outfit.

They began with the linen smock/shift, moving on to the pockets and then the petticoats, with the practical advice of tying them on the hip so that you do not end up with bunching around the waist. The teachers moved on to dispel the common myth that back-laced stays were only for rich women, pointing out that you can lace yourself in, and that in the 18th century there would normally have been someone around to help if you got stuck!

In my current role, some of my work is costumed, and we have a team of costumed volunteers, so this was a comment which has had great impact. I, like many of the women on the volunteering team, have had issues with a tyre-like feature appearing on the waistline caused by excess fabric. The simple idea of moving down slightly the point which they are tied has already helped on a practical level at work.

Jenny and Vanessa provided us with the opportunity to ask any questions during our final tea break. There are two members of the team at Culloden who wear stays, and one of my questions was how to lace and ‘tie off’ the stays. Jenny was excellent, showing me a late-18th century set and explaining to be how to tie them using a mixture of illustrations and demonstration.

The course ended looking at paintings in the home of a neighbour of the School. After a day of learning the fabrics, we looked at portraits themselves and discussed what the sitters were wearing. Identifying the fabrics of a wealthy widow, a couple painted by Allan Ramsey, and a slightly rakish-looking Frenchman helped pull together the themes and provided an excellent platform to practice our knowledge.

After attending the course, I was incredibly inspired, emailing colleagues on the train back to Scotland about the importance of pockets and getting the fabrics right!

At the end of October, I will be leading a workshop for our some of our volunteers and staff disseminating the information that Jenny and Vanessa passed on in the course.

The enthusiasm with which the workshop was delivered has inspired confidence and excitement regarding portraiture and costume, and ensured I left with awareness and understanding to take back to my colleagues.