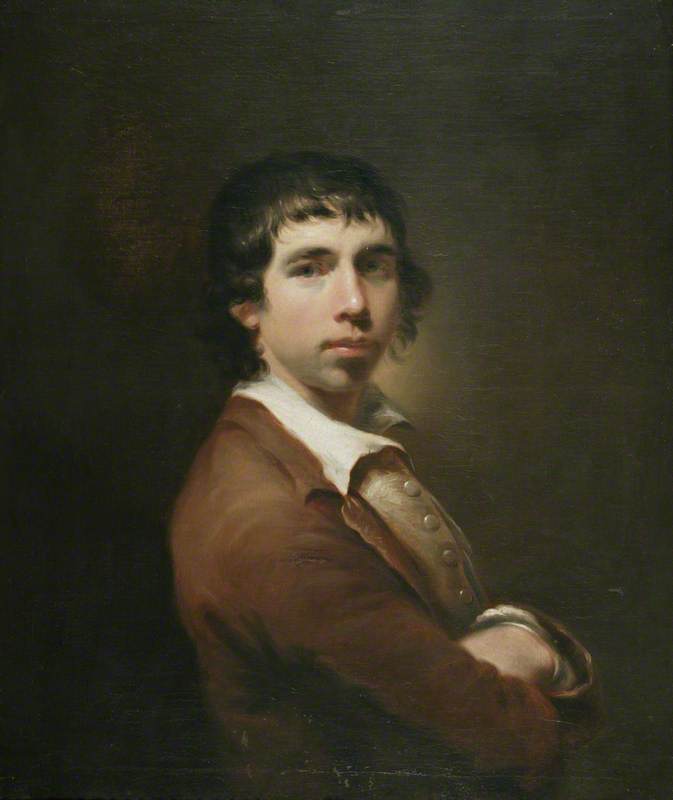 ‘The National Portrait Exhibition having led to the exposure of so many errors with regard to the portraits of British worthies and the artists who painted them – it turning out in many cases that the names given were in both respects altogether wrong – it has been suggested that county magnates and others interested in local history should exhibit … the innumerable portraits which are gathered in so many country seats and houses. By subjecting the portraits of their ancestors to the searching examination of competent critics, they would have the satisfaction of knowing which were genuine and which were not.’

I recently joined this Subject Specialist Network because trying to identify correctly portrait painters and their sitters is a key aspect of my work as Art Detective Officer at Art UK. My first meeting, at Ham House on 20 November 2018, included fascinating insights into portraits by Peter Lely and John Constable; the National Trust’s willingness to experiment boldly with its display practice in traditional settings; a tour of the fabulous portrait collection of Ham House; and a viewing of Lionel Tollemache’s clothing, vividly described and explained by historical dress specialist Jenny Tiramani. The meeting was an excellent opportunity for me to chat to curators about the benefits of collaborating with Art Detective, where time and resources are scarce.

Art Detective connects public art collections with members of the public and providers of specialist knowledge to address the problem of gaps in our knowledge of public art – which has specific relevance considering that about 80% of our public art is in store. People contact us daily with helpful updates and corrections, but we also run a discussion forum, one of whose main aims is to identify unknown artists and sitters. The unique value of Art UK is that the works of a single artist or group of artists can be compared easily on this one website.

This is not only an art-historical exercise. I am looking into 16 portraits from a list put together a few years ago by the Visual Geometry Group at the University of Oxford, which used a sample of Art UK’s database to test image recognition tools. The software was able to detect facial similarities in sitters and highlighted discrepancies, some of which may be easily resolved, while others could benefit from being discussed. 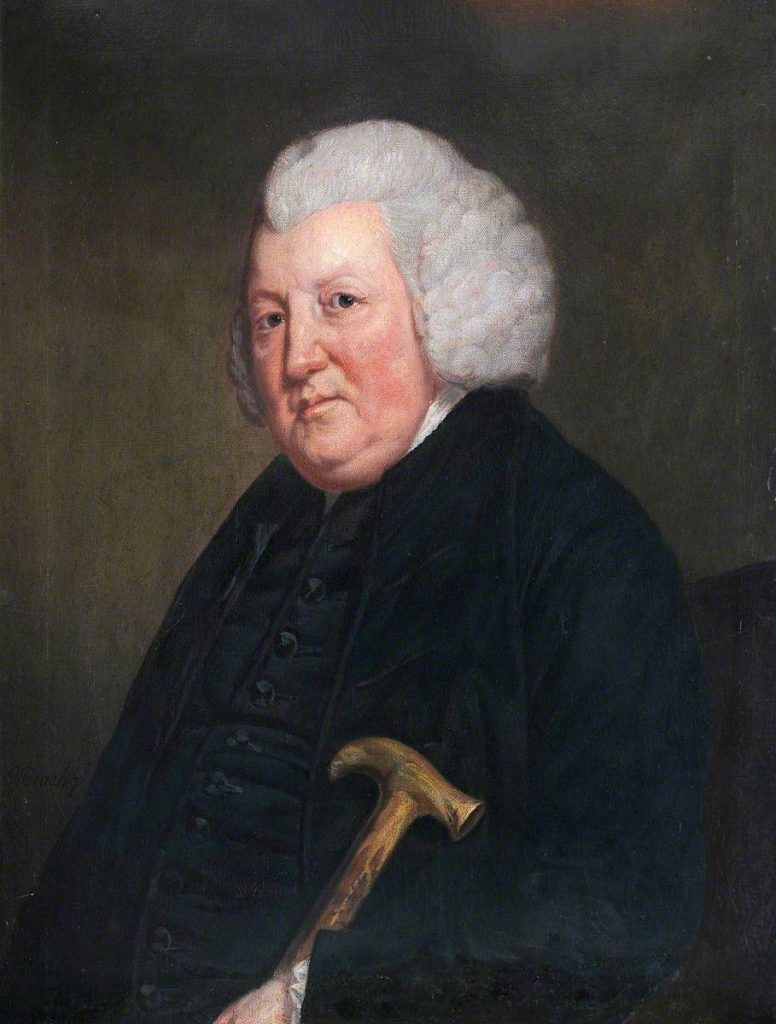 For example, Hertsmere Borough Council’s Portrait of a Man in a Brown Jacket (identified as J. J. M.), attributed to John Opie, was matched to Manchester Art Gallery’s self-portrait by Daniel Stringer (Fig 1). The National Trust’s 18th-century British School Portrait of an Unknown Old Man with a Stick (Fig 2) was matched with Benjamin Buckler (1717–80), in the collection of All Soul’s College, University of Oxford – an identification substantiated by the college’s other, younger, portrait of Buckler (apparently in his late 50s), thought to be by Thomas Gainsborough. Among the eight portraits of women is a pairing of the National Trust’s British School Portrait of an Unknown Lady in Blue (inscribed ‘Lady Compton’?) with Isabella Machell (1688–1721), Viscountess Irwin, c.1685–1690, attributed to John Closterman and at Temple Newsom House (Fig. 3). 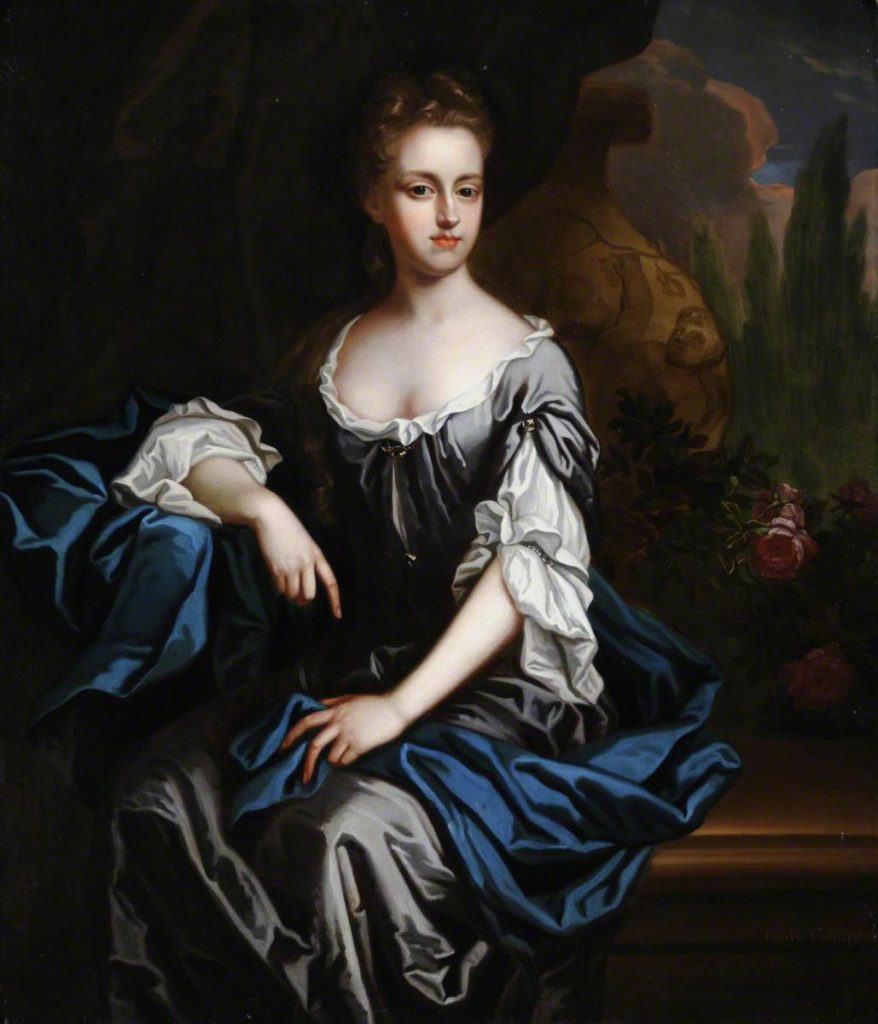 Researching nineteenth- and twentieth-century portraits can be less challenging, and we have a good success rate. A previously unknown sitter was recently identified as Colonel Oscar Viney (1886–1976), High Sheriff of Buckinghamshire and chairman of one of the country’s leading print companies. The unknown artist of this accomplished portrait was found to be William Dring (1904–1990) who showed it at the Royal Academy in 1958 … yet it ended up in a skip, from which it was fortunately rescued and repaired! Maev Kennedy has recently written the engaging story of its near demise and resurrection.

One contributor has been updating us on portraits by the German-born British artist Hubert von Herkomer (1849–1914) and his cousin Herman Herkomer (1863–1935), several of which were wrongly attributed (to one or other cousin, or not known to be by either). More than two thirds of the 244 paintings on Art UK attributed to Hubert von Herkomer are portraits, which he signed with a distinctive double ‘H’ – the combined collections on Art UK make such comparisons easier than in the past. This portrait of George Phillips, oriental scholar and former President of Queens’ College, Cambridge, was one of those whose artist was amended from Herman to Hubert, based on the signature (Figs 4 & 5). 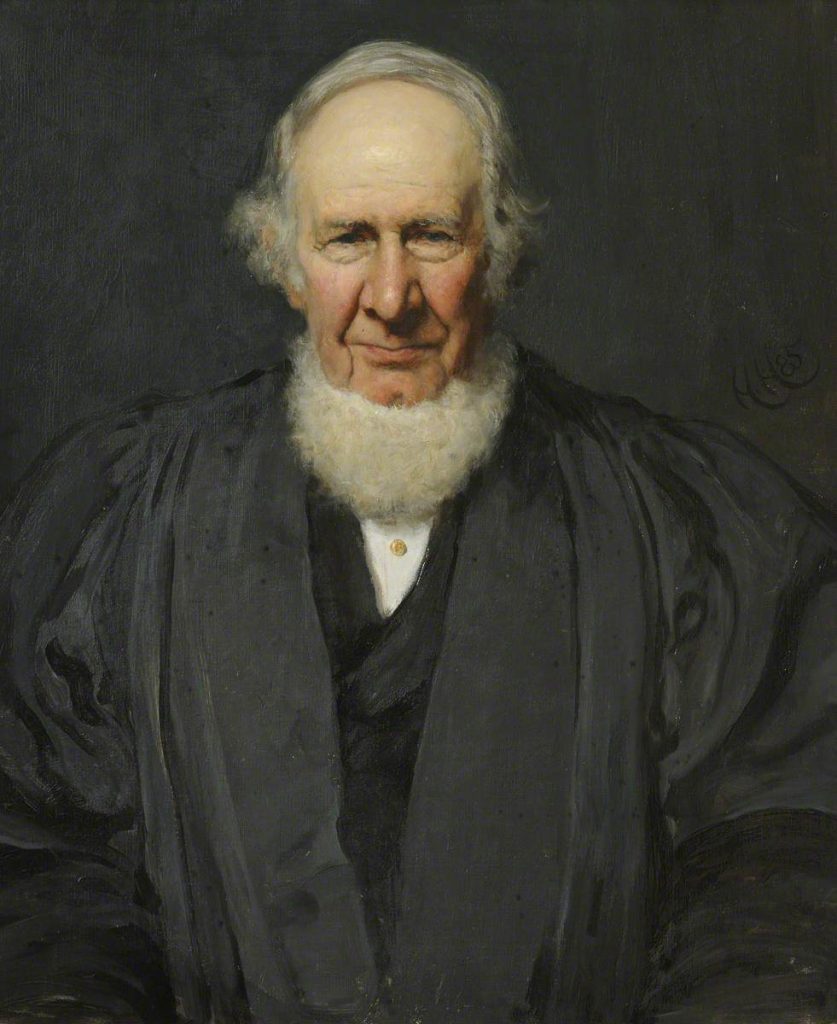 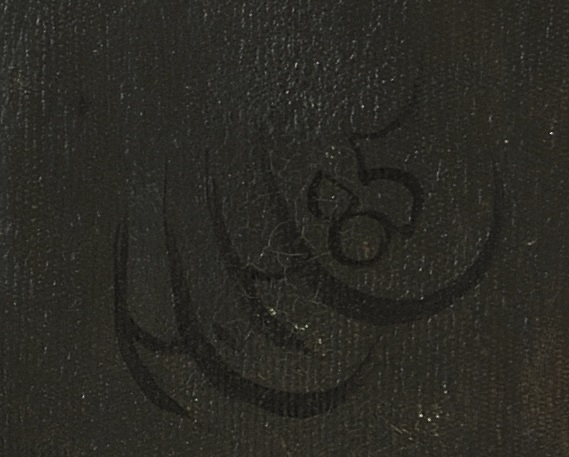 It goes without saying that all decisions about changes to artwork titles and all new attributions are made with the help of curators, who are usually able to examine each painting in person. In some cases, the only way to be sure is to invite a specialist on a specific artist. Van Dyck expert Susan J. Barnes will soon be visiting the Walker Art Gallery’s ‘studio of Van Dyck’ portrait of the Infanta Isabella Clara Eugenia to try to resolve an Art Detective discussion.

Our Group Leaders include curators, academics, dealers and writers on art, whose specialisations are broad ranging. New information arising from public discussions is carefully assessed before being added to the databases of both the collection and Art UK.

Membership of Understanding British Portraits will give me the chance to learn more about British portraiture (my background has been mainly European painting) and to develop a good working relationship with participating curators. I was delighted that my first meeting at UBP led directly to updating some portrait records for Ham House and I look forward very much to working closely with the National Trust and many other collections in 2019.

* With thanks to Kieran Owens for this excerpt from the South London Press.