You are here: Home News Bringing art to Manchester, the relationship between artist and patron, G. F. Watts and Charles H. Rickards 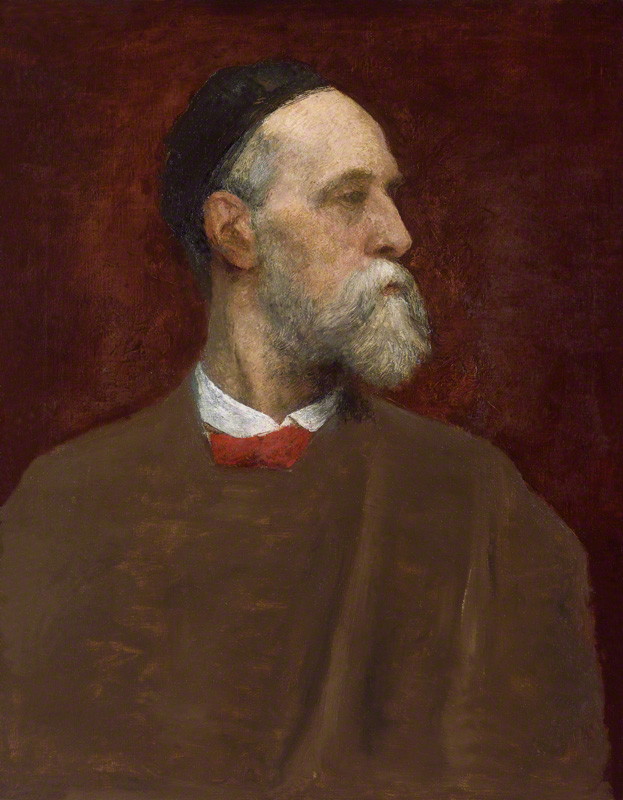 The nineteenth century was a period of great opportunity for men of energy and aspiration, the middling classes in the North of England grew in power thanks to the Industrial Revolution and the Reform Act of 1832. The middle classes saw the need for self improvement and culture, becoming important patrons for artists. There is no better example of this than the relationship between Charles Hilditch Rickards, a Manchester merchant and son of a cotton spinner and George Frederick Watts, ‘England’s Michelangelo’.

In my last blog post for Understanding British Portraits I wrote about how the Watts collection held at the National Portrait Gallery Archive is a great resource for researching the ‘Victorian celebrity’. And it is. There is a great wealth of correspondence to and from Britain’s most famous persons. However, another, rather overlooked part of the collection is the tale of a master artist and his adoring Northern middle class patron.

The correspondence between Watts and Rickards makes up the largest section of the collection, just shy of 250 letters both to and from Watts, it is extremely telling about the relationship between the artist and his single greatest collector. 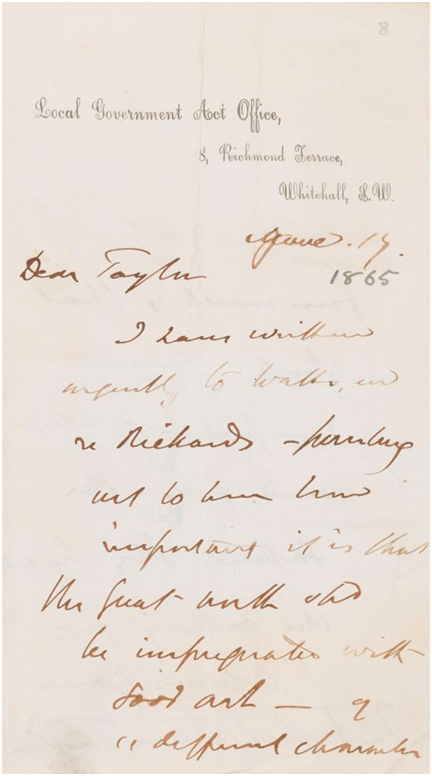 Introduced by J. E. Taylor and Tom Taylor (oddly not related) in 1865, who wrote to each other, ‘I have written urgently to Watts re. Rickards, pointing out to him how important it is that the Great North should be impregnated with great art of a different character’ (right).

Rickards was the perfect patron; he had money accumulated from the industrial north that he was willing to spend for the improvement of mankind. Rickards was a man of great humility, happy to admit that he knew little of art and willing to be guided, somewhat blindly, by his hero, Watts. Their correspondence, which is largely assembled in chronological order, show that year after year Rickards was talked into buying further portraits and allegories by Watts. Watts writes in 1869 ‘If you were a very rich man it would give me the pleasure to see you carry off everything of mine as fast as I could produce’.

Rickards rejoiced in acquiring Watts’ pictures and shared his purchases with his group of friends who were sympathetic to the arts and literature. Rickards enjoyed inviting his friends for lunch and afterwards taking them round his rooms, explaining each of Watts’ pictures to them in turn. Watts also influenced Rickards to buy from emerging artists he deemed suitable, like the young Alphonse Legros.

By 1880 Rickards held 56 of Watts’ works and was asked to exhibit the collection publicly at the Manchester Institution. The exhibition was an important occurrence for Manchester and for Watts’ career, and was seen by Sir Coutts Lindsay and his wife, who owned the Grosvenor Gallery in London and thereafter held a London exhibition dedicated to Watts. The exhibition included this portrait of Edith Villiers, later Countess of Lytton, which was previously owned by Rickards.

Yet their relationship was not all business, reading through these letters you gain a sense of their growing friendship. Perhaps Watts begins their relationship a little cold and judgmental of the ‘barbaric northerner’, but over the years they become friends and Watts’ respect for Rickards grows. Which it undoubtedly should, it was that northerner who funded much of Watts’ career without question, instigated sales to his contemporary northerners and arranged for Watts to produce a piece of art for the Manchester Town Hall in the 1870s. 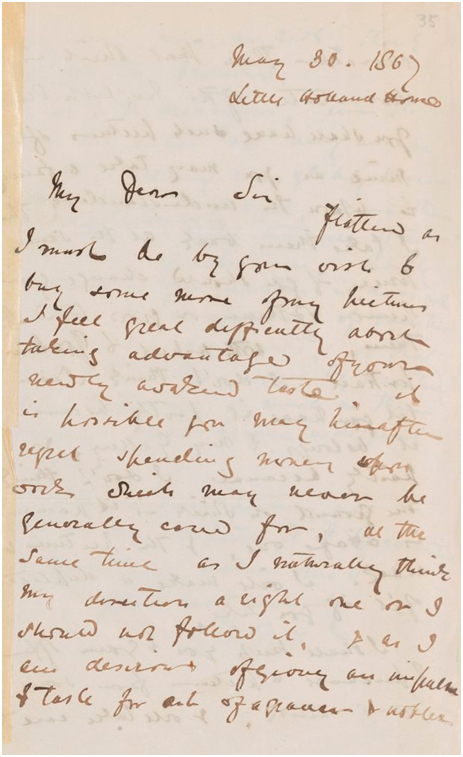 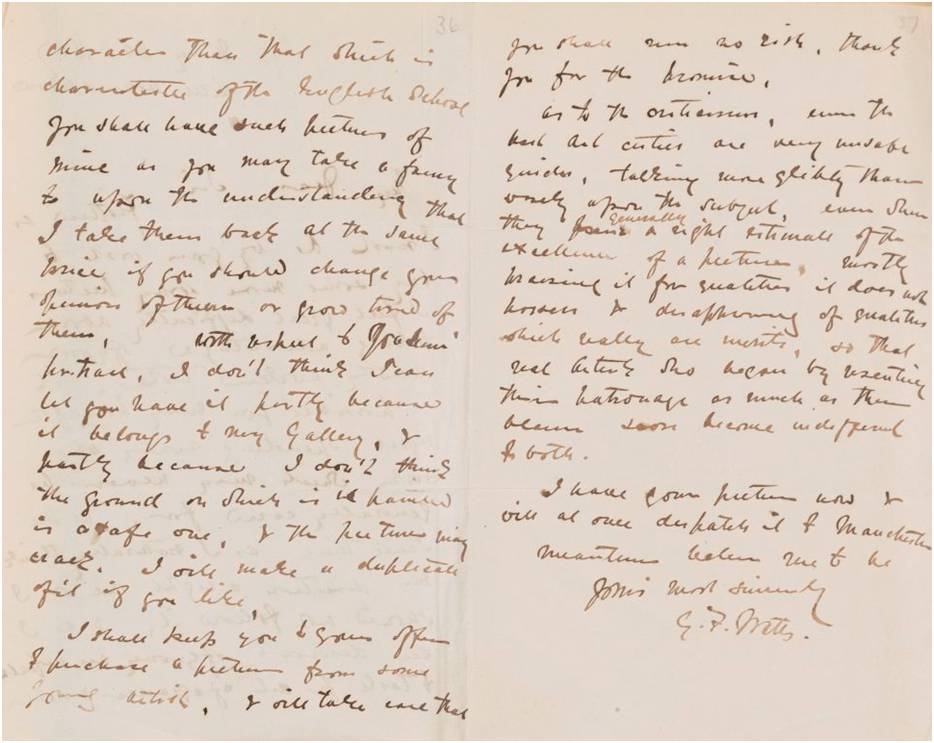