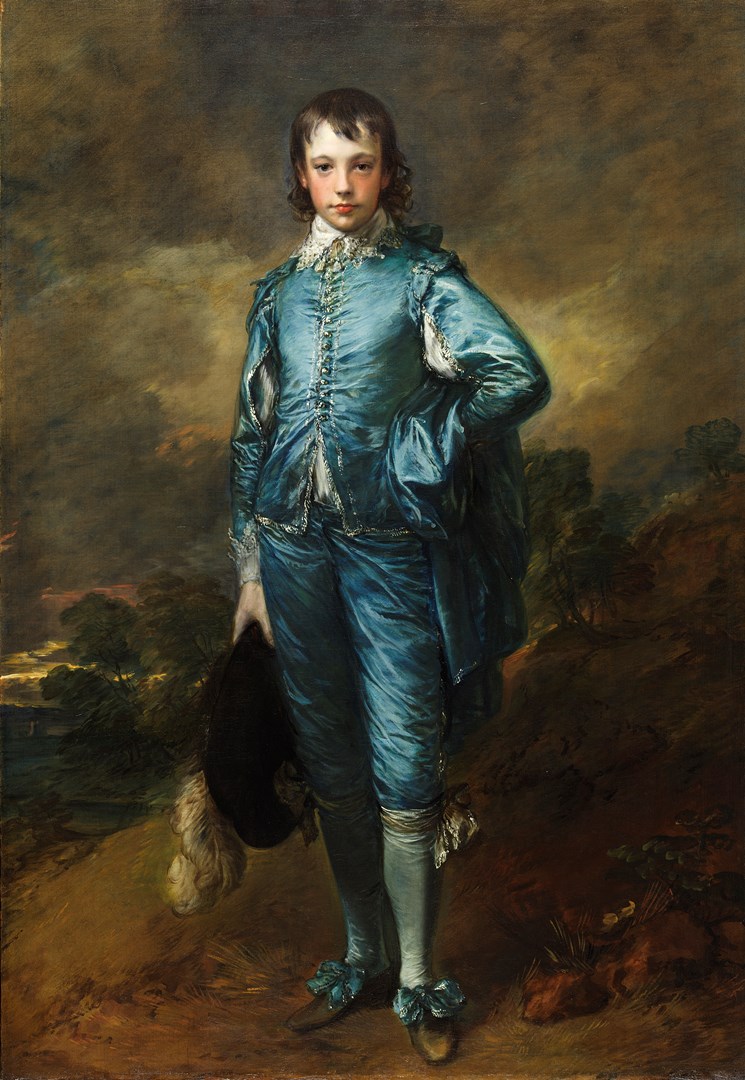 After exactly 100 years, this exhibition reunites ‘The Blue Boy’ with the British public and with the paintings that inspired it.

‘The Blue Boy’ represents the best of 18th-century British art. It is Gainsborough’s eloquent response to the legacy of Van Dyck and grand manner portraiture. It is a proud demonstration by Gainsborough of what painting can achieve. The popularity and influence of the painting have made it an icon, which has been quoted by contemporary artists and referenced in Hollywood films.

On a child-sized canvas, the young subject is dressed in a striking blue costume; he is bright-eyed yet serious, shy yet direct. The identity of the boy in blue is uncertain; more importantly, he is a stand-in for all boys and the idea of childhood. Through a series of high-profile exhibitions, widely published reproduction prints, and countless copies by artists down the ages, he has become one of Britain’s most beloved sons.

100 years later (to the day), Gainsborough’s masterpiece returns to the Gallery to go on display in Trafalgar Square once again.

In the winter of 1922, Gainsborough’s ‘The Blue Boy’ hung at the Gallery for three weeks before it sailed across the Atlantic to its new home in California. It was a public farewell to a beloved painting.

This is the first time the painting has been loaned by The Huntington – it is a once-in-a-century opportunity to see this iconic work in the UK.

Details of the exhibition and associated events here >>