You are here: Home News Getting away from the office…studying portraits is a real treat by Kate Jordan 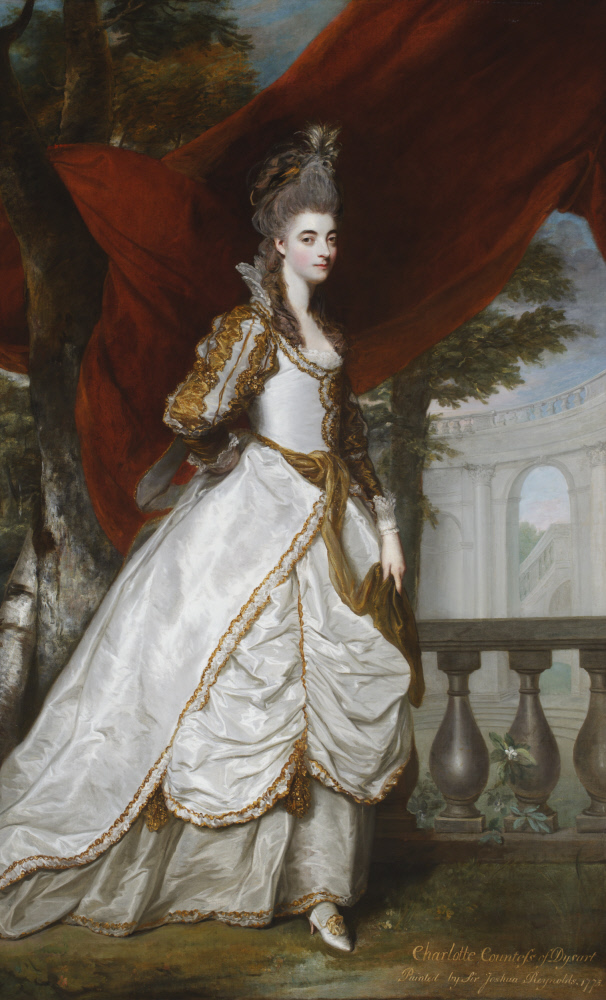 Marketing staff based at Heelis (National Trust’s head office) are mostly preoccupied with attracting and retaining members, fundraising campaigns and looking after the NT brand. So I am delighted and privileged to be awarded one of the Understanding British Portraits network’s NT staff bursaries this year, and will be sharing my findings with marketing colleagues at Heelis and beyond.

But how does an enthusiastic beginner delve into the NT’s 13,000 portraits? With ideas that are accessible to her. In early twenty first-century Britain, mention the notion that our society is obsessed with image and celebrity and you are guaranteed a lively debate. It’s also a notion that marketing professionals grapple with all the time; for if it’s true, do we have to use image and celebrity to get people’s attention – to achieve cut through in marketing parlance – in a world crowded with constant, ubiquitous demands on people’s attention? 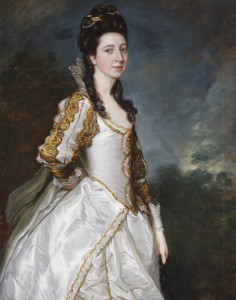 A museum colleague once described Sir Joshua Reynolds to me as the Mario Testino of his day, saying that anybody who was anybody in eighteenth-century society sat for him. This, and the many important Reynolds portraits within the Trust’s collections, made his work an obvious place to start. An enthusiastic beginner also needs something that catches the eye and fires the imagination. At Ham House in Surrey last October I saw that Reynolds’ portrait of Charlotte Walpole, Countess of Dysart, had a visitor: a portrait of Miss Susannah Trevelyan, Mrs Hudson, which usually lives at Wallington in Northumberland (right). The ladies were being shown side by side at Ham because they appear to be wearing the same dress, or at least, two very similar dresses. Conservation colleagues have established that the portrait of Suky, as Miss Trevelyan is affectionately known at Wallington, was painted by Thomas Gainsborough and probably altered by Reynolds at a later date.

How intriguing. Would Reynolds have knowingly painted an esteemed sitter in the same dress as another? Do his alterations challenge Gainsborough as the ‘original’ artist of the portrait? My aim is to assess the valuable work done by colleagues in conservation, in regions and properties, to shed light on this, and consider what we in marketing can learn from it.

Last month I was fortunate to attend a UBP seminar in Bristol, Copy, Version and Multiple: the replication and distribution of portrait imagery. All papers were fascinating, though I was particularly struck by Catharine MacLeod’s, Curator of Seventeenth-Century Portraits at the NPG, on the artist Sir Peter Lely. The paper examined the organisation and practices of Lely’s studio and offered me much-needed information for my questions about more than one artist contributing to portraits, notions of originality, artistic copyright and so on. I am investigating further – update soon…