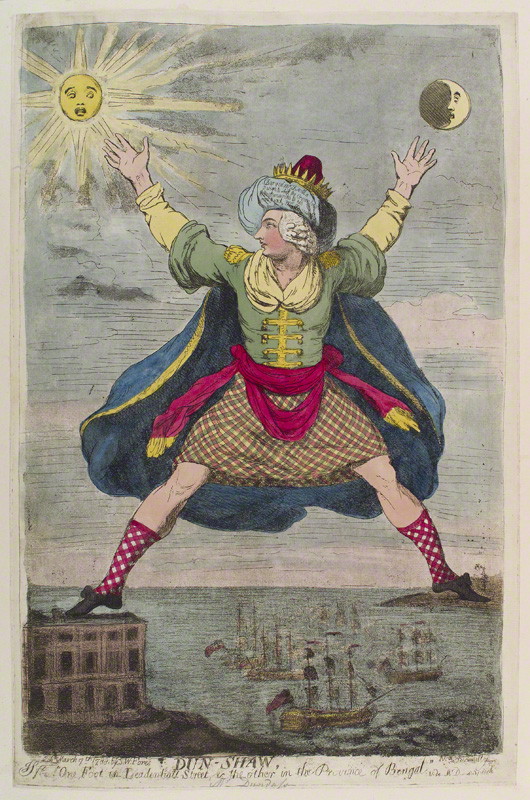 James Gillray (1756-1815) was one of the greatest caricaturist of the 18th century. From around 1775 until 1810, he produced nearly 1,000 prints—including brilliantly finished portrait caricatures of the rich, famous, or frivolous, wonderfully comic caricatures of people being awkward, and unquestionably the best satiric caricatures of British political and social life in the age of Napoleon. His preeminence in graphic satire, especially in the 1790s made him both sought after and feared. No sooner did a new Gillray print appear than it was sure to be plagiarized or imitated by contemporaries both in England and abroad. And even today, there are few political cartoonist who would not admit to some debt to Gillray’s work.

This new site includes a chronological catalogue of Gillray’s known prints, a list of major museums and archives where his work can be seen, information about him and his working methods and techniques, and links to short biographical sketches of some of the people he caricatured.

Posted in Online resources, Portrait News, Publications & Catalogues by author on May 24th, 2016.