You are here: Home News On the trail of British Pop Portraits by Katy Norris

On the trail of British Pop Portraits by Katy Norris 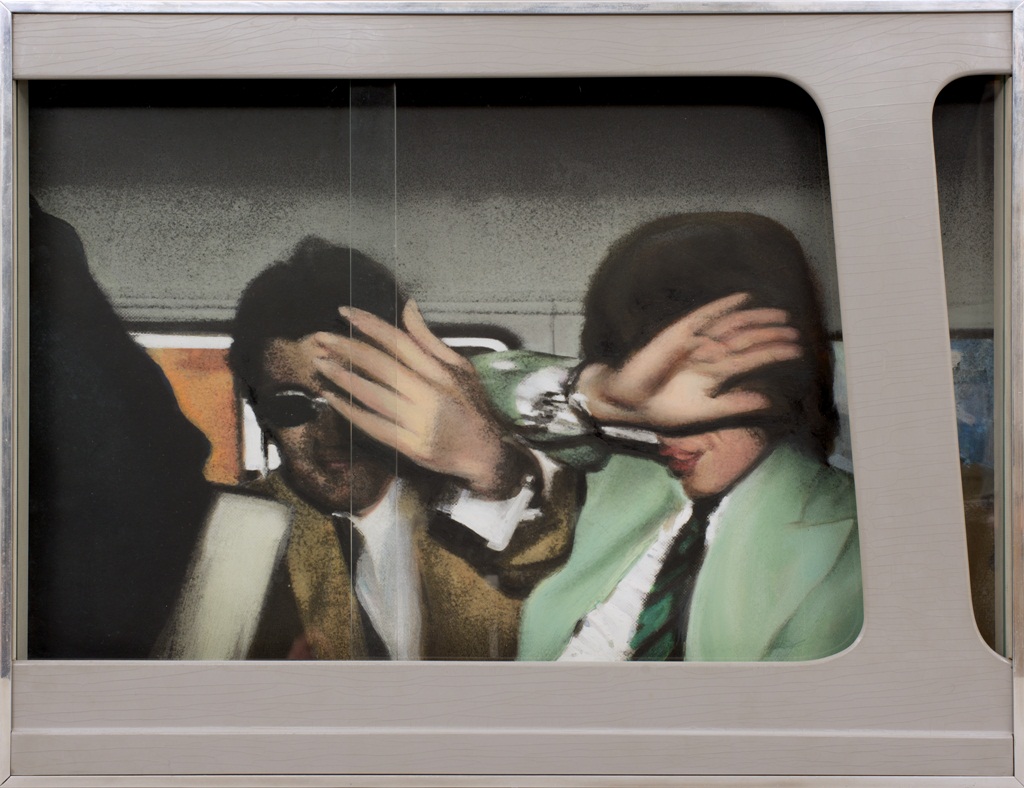 Pallant House Gallery’s Pop Art collection is one of the most comprehensive and significant in the country.  Works by Richard Hamilton, Peter Blake, Patrick Caulfield, Jann Haworth and Eduardo Paolozzi not only feature regularly in displays at the Gallery but also, as temporary loans to major international exhibitions they have represented British Pop Art alongside their American contemporaries.

In taking up the Understanding British Portraits bursary my project has been to re-examine our Pop artworks through the lens of portraiture and in doing so to better understand their position within the Gallery’s historic and modern collections. But the artworks elude easy categorisation. Along the way I found myself not only questioning the parameters of Pop but also portraiture itself. 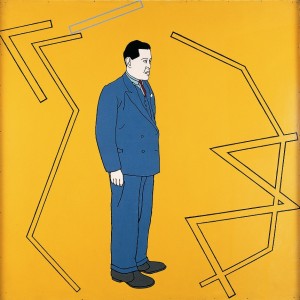 A conversation with Paul Moorehouse, curator of the Pop Art Portraits exhibition at the National Portrait Gallery in 2007, offered some much needed clarity. For him the term Pop Portraits “related to a group of people who at one point in time were involved in the same activity”. The activity was the sudden and prolific use of appropriated imagery in fine art that was primarily taken from the mass media. In Pop Art we are rarely presented with a straight-forward portrait but rather the replication of a secondary image, usually publicity head-shots or press photographs, taken from magazines, newspapers, film posters and advertising copy. The Gallery’s painting Girls with Their Hero by Peter Blake features multiple images of Elvis Presley reproduced on record sleeves and posters, whilst Richard Hamilton’s Swingeing London is based upon a tabloid photograph of Mick Jagger. In terms of portraiture this lead to a dramatic change in the status of the human image which was assimilated into a new consumer society of throwaway products and sensationalist news stories.

But it wasn’t just pop idols and film stars who were of interest to Pop artists, as is demonstrated by works in the Gallery’s collection such as Caulfield’s Portrait of Juan Gris or Paolozzi’s  ‘Newton after Blake’. In truth there was no discerning criteria for the Pop artists’ points of reference, all that mattered was that the imagery was visually appealing and readily available in the public domain. Theirs was a decidedly democratic approach to selecting, reproducing and redistributing pictures of people that arguably foreshadowed the saturation of imagery in today’s media-led culture. 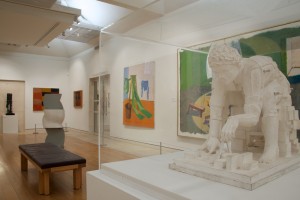 Although Pop was undoubtedly a new cultural phenomenon, the artists’ processes can be seen to extend the traditional methods of making and reproducing portraits. The Gallery’s plaster maquette of Isaac Newton by Paolozzi is one of a series of models that was used in the design of his bronze monument for the British Library. Visiting Paolozzi’s studio at the National Galleries of Scotland gave me an understanding of his innovative technique, which involved redeploying fragments of machine and body parts and welding them together through the traditional process of lost wax casting. During a conference organised by UBP I was fascinated to discover that the idea of making a portrait from a sum of different parts was not a wholly post-modern conception. In the studio of the esteemed portraitist Peter Lely it was not uncommon for studio assistants to copy in the posture, drapery and background, leaving only the head and features to be painted from life and by the master himself. This method in some way parallels the creation of Portrait of Juan Gris, for which Caulfield painstakingly copied Gris’ head from a photograph by Man Ray and then matched it up with a body based upon one his friends. In many respects all portraits involve bringing together different elements to build a coherent image of a person, a Pop Art portrait is perhaps more honest about the synthetic nature of this process and how such an image might be ‘artificially’ constructed.

As well as speaking to academics in the field of portraiture, my project has involved interviewing artists such as Jann Haworth, Colin Self and Peter Blake about their individual interpretations of Pop and portraiture.

The next step will be to visit Wolverhampton Art Gallery, which holds a comparable collection of British Pop Art, before bringing my findings together in an online web resource. My aim is to draw up a comprehensive timeline and thematic map of the collection in time for the launch of the Gallery’s online database. The content is scheduled to go live before the end of this year, check the Pallant House Gallery website for updates. 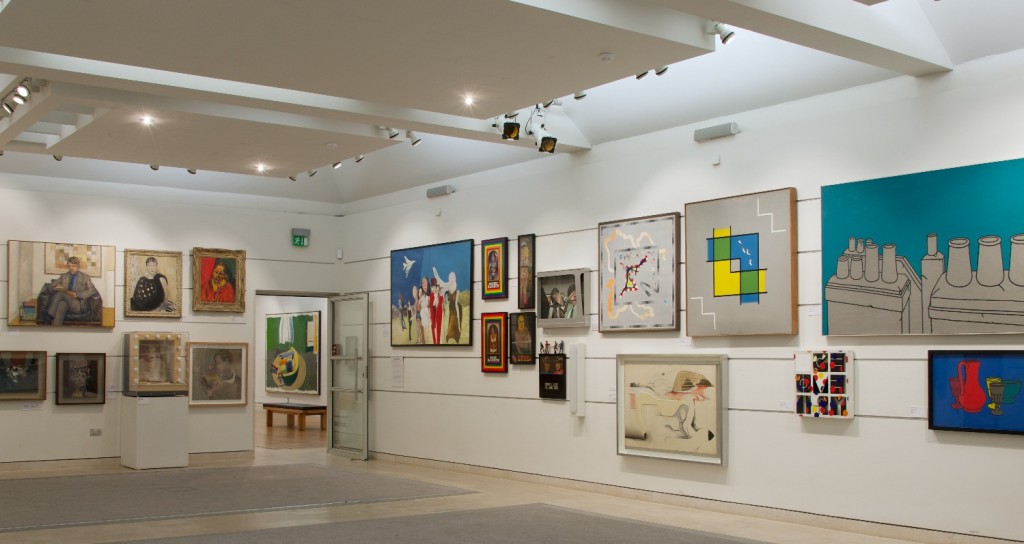