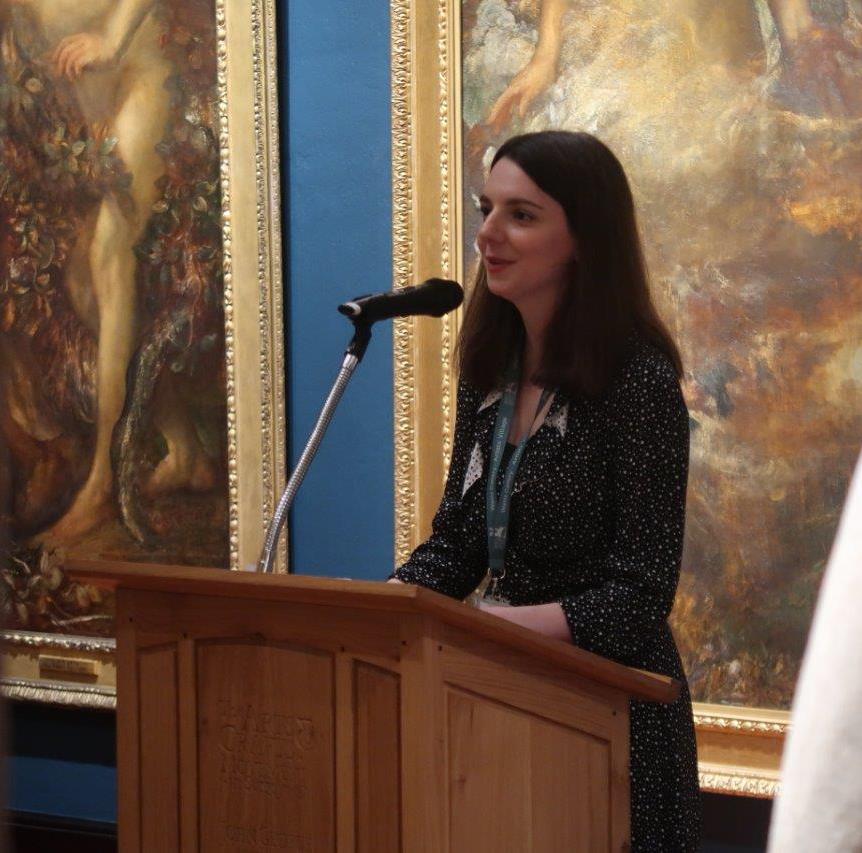 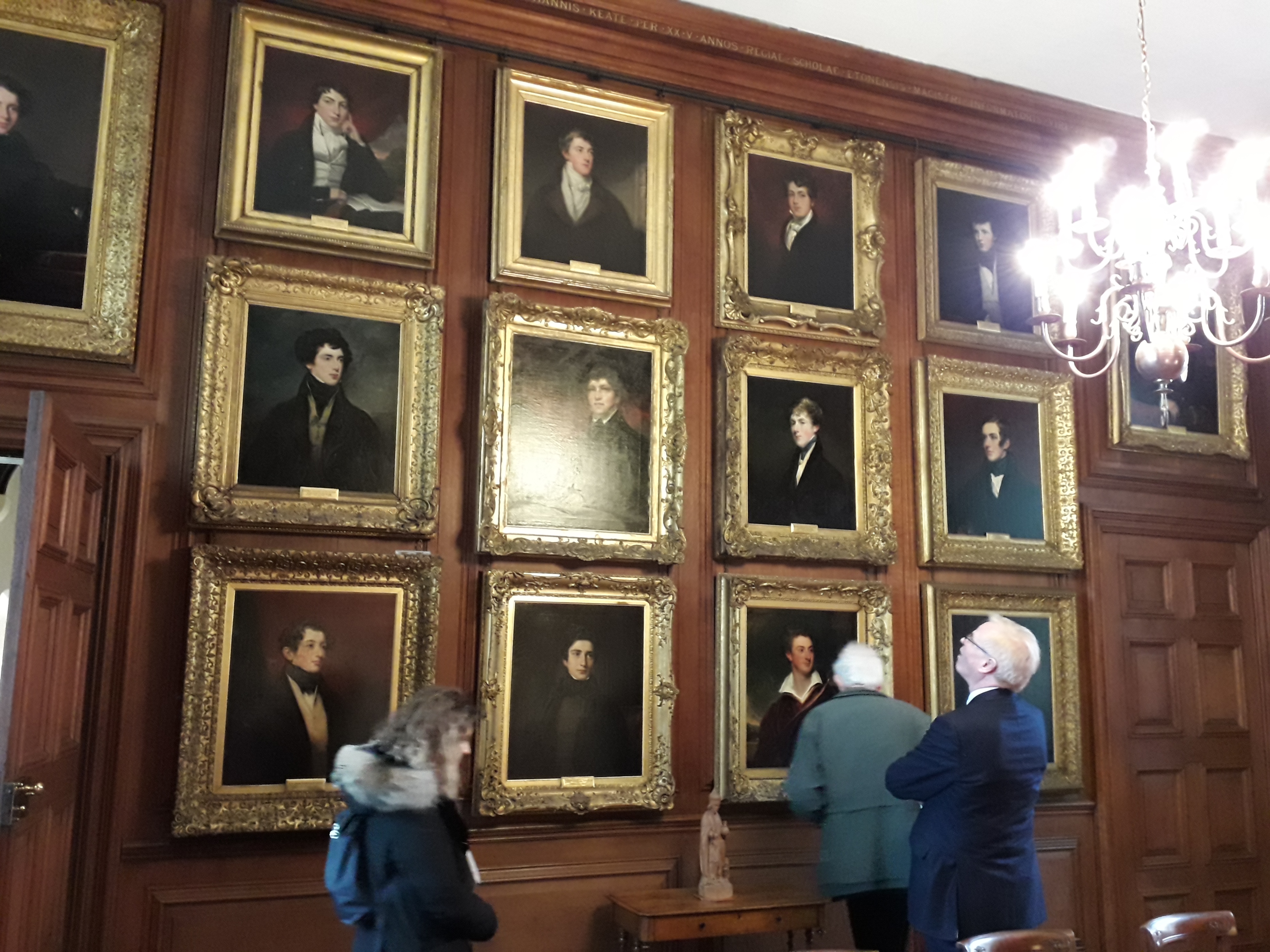 Delegates examining some of the Eton Leavers' Portraits

As a curator working within a museum with a large collection of nineteenth-century portraits, I was initially drawn to the Eton College study day for the opportunity to view their well-known collection of Leaving Portraits, often completed by leading society painters such as Sir Thomas Lawrence. However, as the day progressed it was the far-reaching questions of preservation, conservation and how a longstanding institution shifts its attitude towards its holdings that intrigued me most.

The day opened with delegates being ushered into the seventeenth-century Upper School, Eton’s largest classroom. Director of Collections Rachel Bond explained that though Eton had consciously commissioned or been given portraits almost since its inception in 1440, it was only recently that it had become an explicit objective for the institution to preserve and give access to the collections. This new objective was partly spurred by the work of former Keeper of Fine & Decorative Art, Henrietta McBurney Ryan who spearheaded a major conservation project focusing on Eton’s c.1583 Portrait of Elizabeth I by an unknown artist. It had long been suspected that this was a Tudor portrait that had encountered considerable overpainting, and indeed Roy Strong had examined the work in raking light in the 1960s. After careful planning, fundraising and dendrochronological analysis, McBurney Ryan explained that the painting was transferred to the Hamilton Kerr Institute for treatment in 2011, where no less than three different and complex campaigns of overpainting were uncovered. We were fortunate to see the final result of the conservation project in the flesh. Formerly a perplexing portrait that combined an unresolved background with a beautified seventeenth-century face, the Eton portrait of Elizabeth I now shows the allegorical attributes of the globe and sieve and is a clear example of the Darnley portrait face pattern. 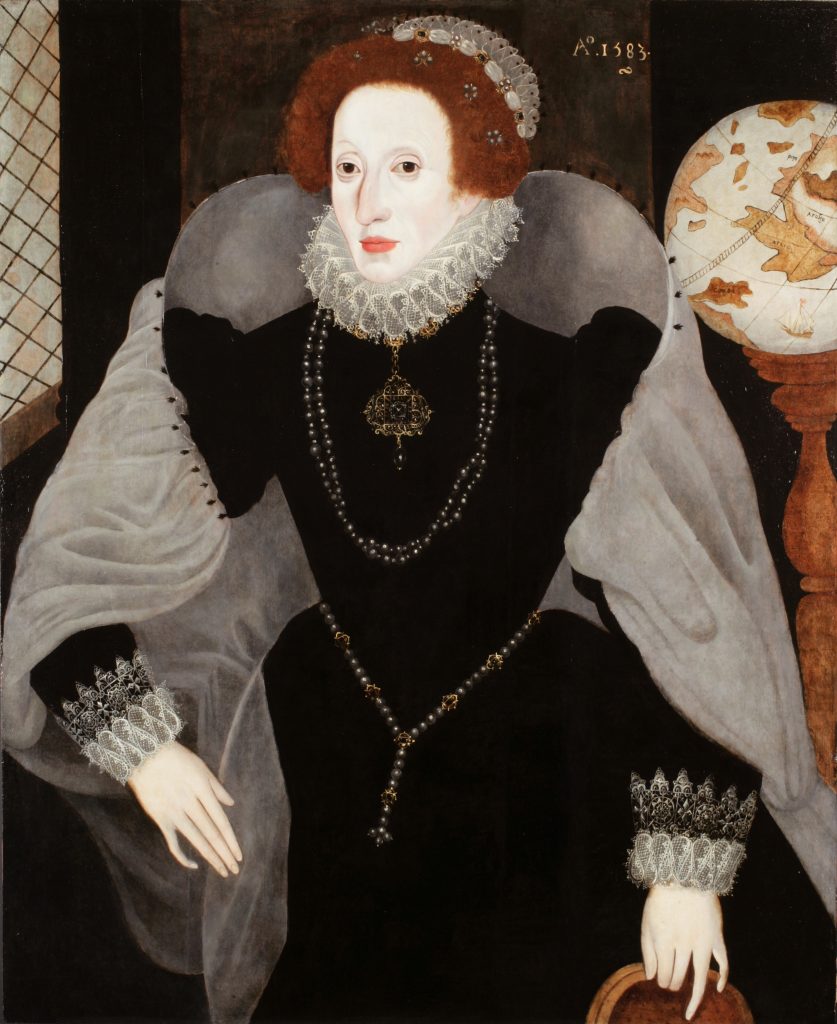 Queen Elizabeth I by unknown artist, c.1583, oil on panel. Reproduced by permission of the Provost and Fellows of Eton College.

Lynn Sanders, Assistant Keeper of Fine & Decorative Art, then changed the scope of specialist presentations to illuminate the portraits of Eton’s staff rather than its better-known royal visitors and pupils. Sanders explained that the concept of ‘staff’ in the early period of Eton’s history is complex because many pupils, known as ‘oppidan’ boys (from the Latin ‘oppidum’ meaning town) lived, and continue to live, in boarding houses in the town rather than within the historic buildings or ‘Foundation Area’ of Eton. Historically, Eton did not own these boarding houses and instead they were kept and run privately by people who were not explicitly staff, typically known as ‘dames’. Despite the name, ‘dames’ were not always female. Sanders also swiftly pointed out that there are very few portraits of women in the Eton collections and part of her recent work has been to identify portraits of women and display them more prominently. 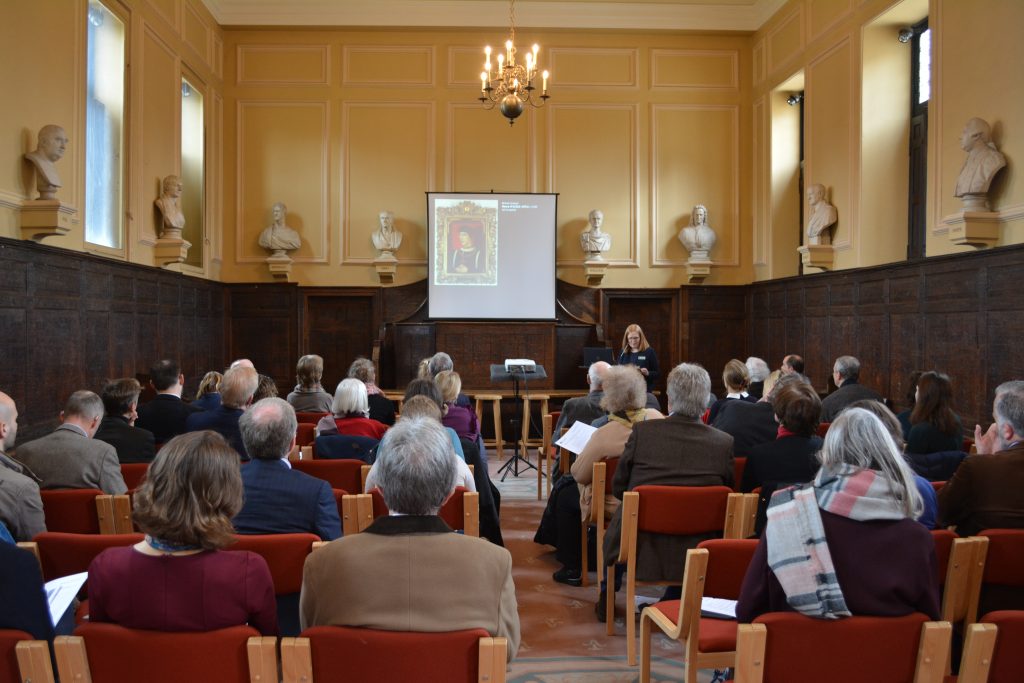 The most significant and extraordinary of the ‘dame’ portraits that we viewed during the study day was that of Jane Evans by John Singer Sargent. Evans was the daughter of Eton’s drawing master and later came into possession of her father’s house which was run as a boarding house for ‘oppidan’ boys. Painted in 1898 when Jane Evans was 72, and as Sargent’s career was going from strength to strength, it shows a fiercely self-assured figure dressed in black. The portrait was commissioned and paid for by some 250 Old Boys that she cared for during their time at her boarding house, who then presented it to Eton following Evans’ death in 1906. 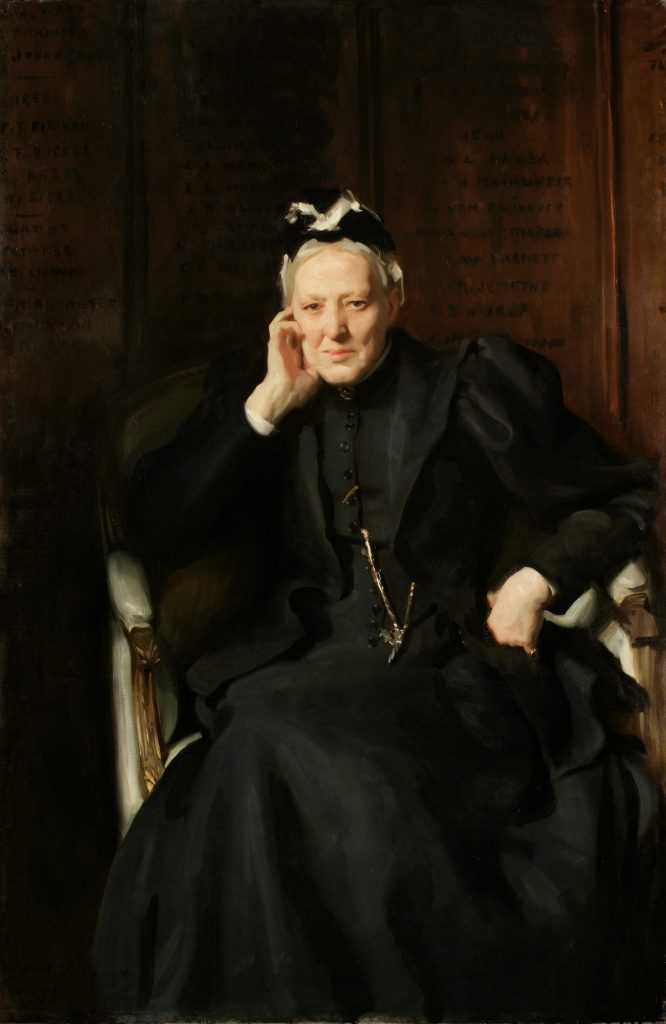 The day concluded with a generous tour of the portrait collection. This covered a great range of portraiture, from the long ‘blue corridor’ of mezzotints to a highly unusual eighteenth-century group portrait of the Montem Procession by Richard Livesay, and finally to the remarkable (though admittedly not portrait related) fifteenth-century wall paintings of Eton College Chapel. I am grateful to the ‘Understanding British Portraits’ network for supporting this event and to the staff of Eton College Collections for organising and hosting it.