You are here: Home News Reflections on the ‘Real Tudors: Kings and Queens Rediscovered’ workshop by Rosanna Harrison

Reflections on the ‘Real Tudors: Kings and Queens Rediscovered’ workshop by Rosanna Harrison 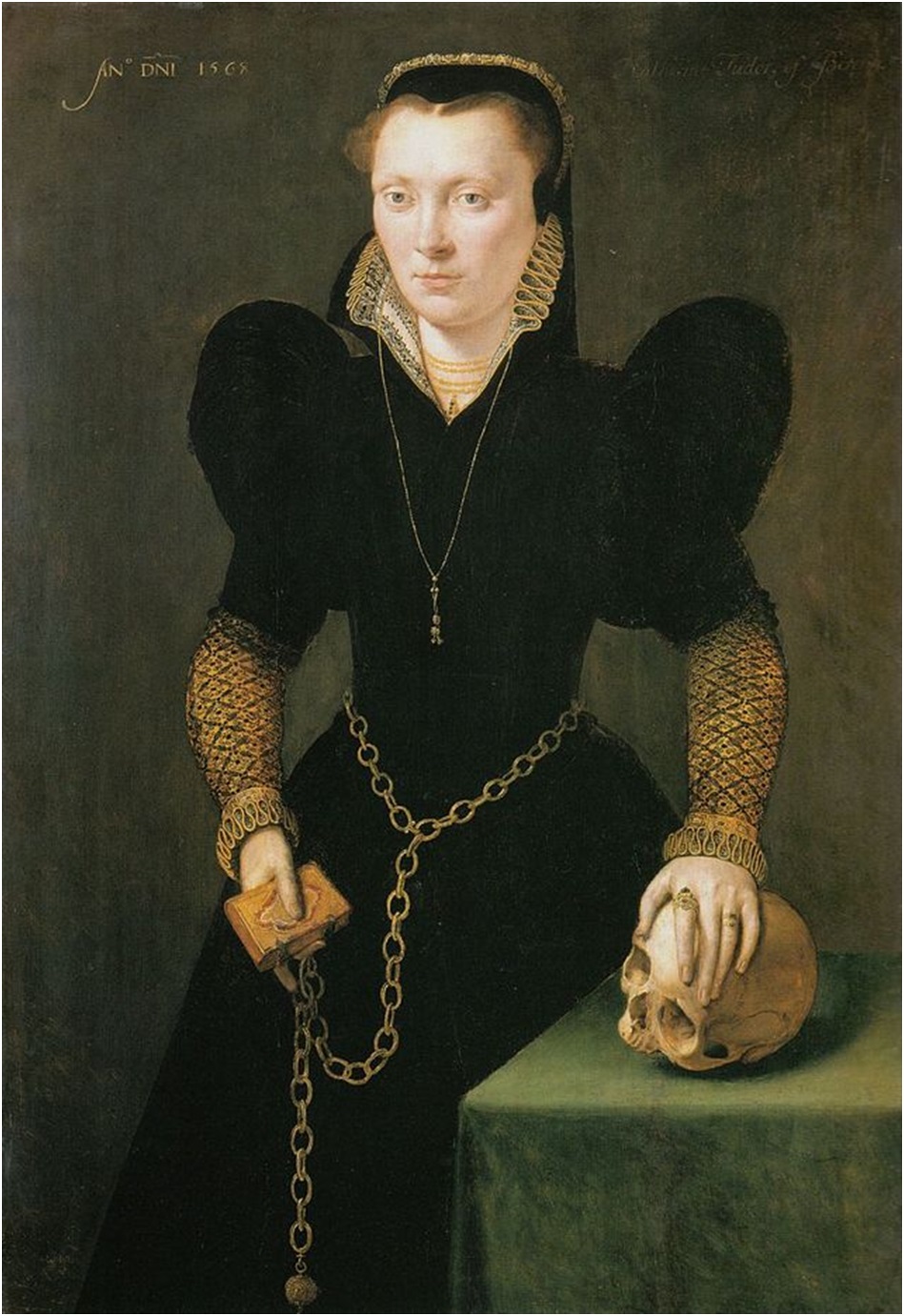 Experiencing an Understanding British Portraits workshop for the first time at the National Portrait Gallery on the 15th January was a very interesting and thought-provoking experience for me, both on a personal and professional front.  The half-day Real Tudors: Kings and Queens Rediscovered workshop I attended was concerned with listening to discussion of, as well as subsequently discussing in turn, the current temporary exhibition, The Real Tudors: Kings and Queens Rediscovered, displayed at the National Portrait Gallery, running from the 12th September 2014 to the 1st March 2015. Following its London duration The Real Tudors: Kings and Queens Rediscovered will form the nuclei of an exhibition organised in partnership with Réunion des Musées Nationaux – Grand Palais at the Musée du Luxembourg.

This exhibition features a number of exquisite Royal portraits, painted on both a miniature and life-size scale, displayed alongside such items as illuminated manuscripts, King Henry VIII’s beautifully carved rosary and even a gaunt effigy bust, modelled from the death mask of his father, Henry VII. The effigy itself was made for the King’s funeral procession and bears an unnerving, realistic resemblance to the King and the ultimately fallible nature of all mankind. In order to cast new light upon the now immortalised faces of the Tudor British monarchy and uncover new light upon how visual manifestations of Tudor monarchs may have been truly intended to be viewed, the Making Art in Tudor Britain project team behind the exhibition have undertaken extensive scientific research to help visitors understand how, and perhaps most importantly, why, such images were made. As such, many of the portrait paintings on display have undergone very extensive forensic examination, including  x-radiography and dendrochronology (the analysis of tree-rings to establish age), which is also reflected in the exhibition display, with visitors, for example, able to  use a specially commissioned hand-held app devise to virtually ‘wipe away’ layers of paint by way of touchscreen movement. This particular digital learning tool was one feature of the exhibition that we were introduced to at the workshop and able to pass round.

Upon arriving at the National Portrait Gallery to attend the workshop, we completed roundtable introductions. I found this process useful as it identified fellow attendees who had similar work-related interests and academic pursuits to me, these being the research and interpretation of historic portraiture on all types of mediums for the public in an art gallery or museological setting.  I also found it interesting that the workshop had attracted museum professional, independent researchers, as well as art dealers, focused on a wide range of portrait related research (not just confined to the Tudor era), and ambitious conservation projects in a number of cases. I was pleased to find there were also a few other delegates that were from museum learning and interpretation departments, as well as PhD researchers looking at portrait miniatures illustrating various Georgian era styles of costume, which chimed well with my own PhD focus on analysing late eighteenth-century British  fan-leaf design and function.

Dr Charlotte Bolland, Project Curator for the Making Art in Tudor Britain project, gave our small group a very engaging and enthusiastic introduction to the project, seven years in the making, on behalf of both herself and Dr Tarnya Cooper, Chief Curator at the National Portrait Gallery, as Dr Cooper was unwell on the day of the workshop. I found Dr Bolland’s discussion of the creation of the collection-based research programme devised and set-up to complete the project, as well as her discussion of the different funding bodies that helped create specific posts to aid its completion, fascinating. Her discussion of relevant funding bodies was also useful to me in terms of my own Associate of the Museums Association qualification work, for which I am devising a new object-based workshop based around National Museum Cardiff’s magnificent Tudor oil painting, Katheryn of Berain (1534/5-1591), completed by the Friesian artist Van Cronenburgh in the Northern Netherlands in 1568, in order to complete my AMA Project. 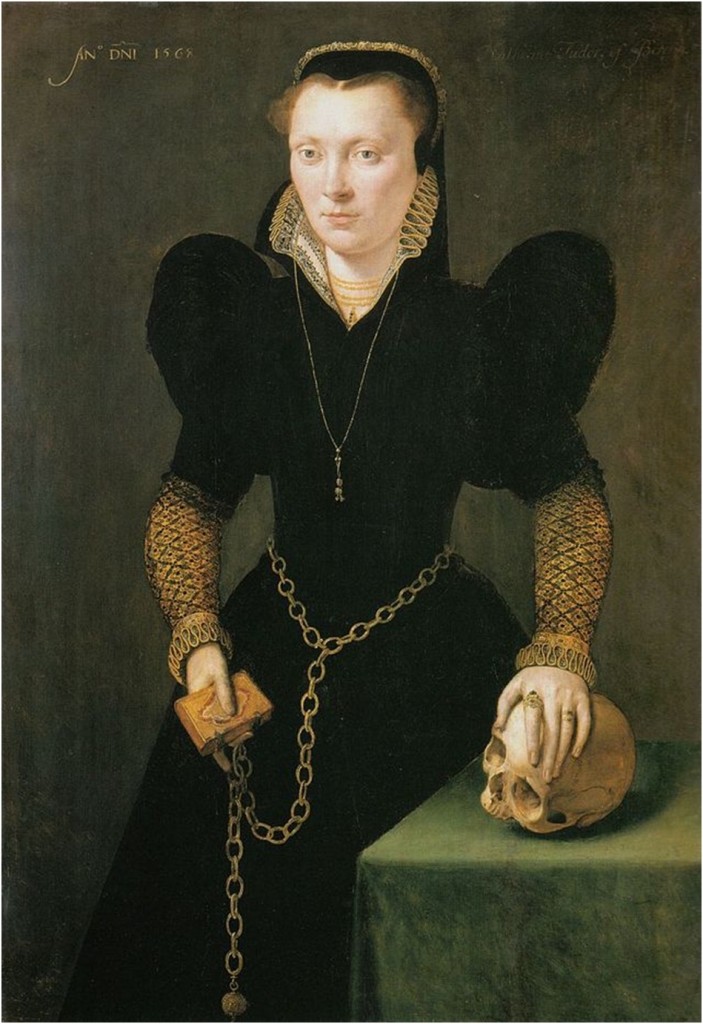 Dr Bolland’s discussion of how the results of the extensive technical analysis conducted on a number of the Tudor portraits included in the exhibition was integrated within it, and how curatorial decisions were taken to create a ‘multi-layered’ interpretive approach to the exhibition display, stood out for me, in particular as I am very interested in methodologies of interpretive display of historical art. For example, Dr Bolland’s explanation of her team’s decision to include the life-size head from Henry VII’s funeral-procession effigy, as well as such curiosities as Henry VIII’s chunky rosary, and two similar paintings of Edward VI – the first from 1546 (when he was still prince) and the second dated to 1547 (when he had then become king) displayed side by side to help point up subtle differences added to the latter portrait befitting a King – in the exhibition display, was both informative and useful to me in terms of future art historical exhibition planning and interpretation.

During our collections-based research discussion afterwards, I also enjoyed hearing about the research interests of some of the other delegates attending the workshop; especially those interested in historical dress and costume research and conservation projects involving Tudor paintings and panels. As delegates were invited to submit images of, and briefly chat about, pictures of what they were researching, I also found out another delegate, based at the National Library of Wales, is also currently trying to find out more about a Tudor painting that may be a study for/copy of Katheryn of Berain (that they hold in the National Library of Wales)!  Thus, we were able to chat together and exchange ideas etc. after the workshop and will hopefully collaborate further over Katheryn of Berain in the future. I also had an opportunity to talk about my AMA Work Based Project in this extended discussion and received helpful input from a number of the other delegates reinforcing my own ideas as to what elements of Katheryn of Berain’s dress, such as the enormous puffed sleeves she wears, could be part of an interpretive workshop. Fittingly, after this discussion, we visited the excellent Real Tudors: Kings and Queens Rediscovered exhibition at the end of a well-organised and enlightening workshop, with Dr Bollland on hand to answer any further questions.