You are here: Home News Revealing hidden treasures in Edinburgh by Corinne Harrison 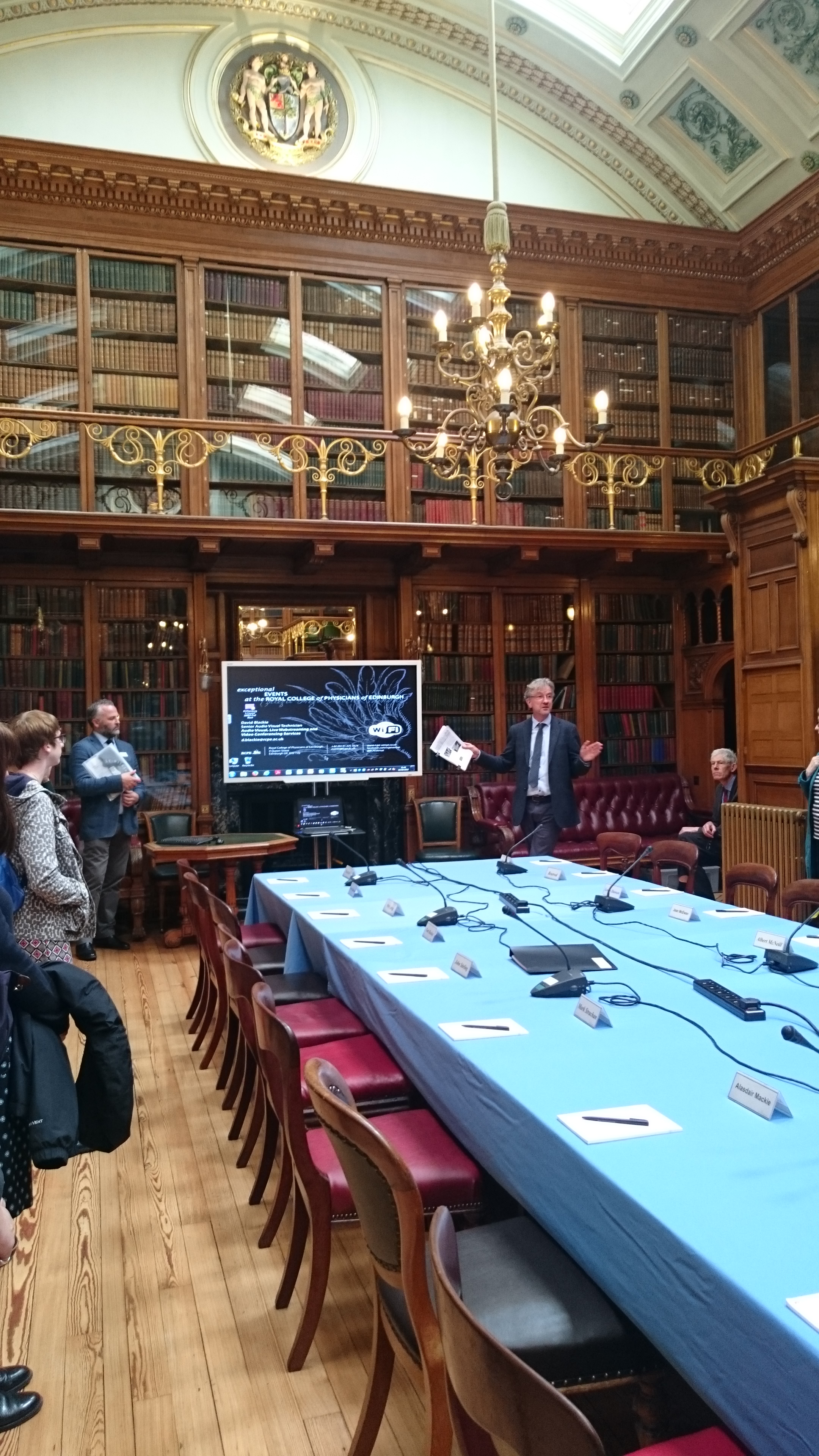 After a whirlwind 24 hours in Edinburgh looking at incredible portrait collections, my favourite item of the day was … a ram’s head snuff box. Its existence was revealed after a couple of drinks on our first evening at University of Edinburgh and was just one of many fantastic surprises throughout the visit.

We were welcomed to the University that evening to see some medical portrait prints specially on show for us. As a former print cataloguer at the NPG, I hearteningly saw some familiar faces. The university is keen to digitise their collections and make them as widely available as possible. Prints, which are not often exhibited, can benefit from this greatly.

The following morning was the beginning of a very busy day. Naturally it was pouring with rain while I ate breakfast, despite my phone insisting it was currently sunny. Fortunately it had cleared when we met at 9am at the Scottish National Portrait Gallery (SNPG) and it was a beautiful day for walking round Edinburgh.

At the SNPG we had an excellent tour of their 2009 redevelopment from curatorial, education and conservation viewpoints. The thought and hard work that went into it clearly shows. The SNPG had returned the building to its original glory, opening up spaces that had been closed off and refurbishing old display cabinets rather than buying new ones. Works on paper, miniatures and other difficult to display objects were cherry-picked and well integrated. As with all projects, there were things they wouldn’t do again and these really were minor niggles, such as buttons coming off the upholstered benches. A bit like that spot right on the tip of your nose, it’s the small things you see every day that can be most annoying, even if nobody else notices until you point it out. Overall it is a very successful project and Imogen Gibbon, Meg Faragher and Lesley Stevenson, who showed us round, shared lots of useful ideas to take away.

We then made our way down the road to the Royal College of Physicians of Edinburgh (RCPE). The RCP of London, where I work, is a masterpiece of concrete, but the RCP Edinburgh is more what one would imagine from a centuries old institution. It is suitably grand and later additions to the building and range of portraiture styles demonstrate an ever growing organisation and the competing influences of each President looking to leave their mark.

In the late 1980s, the then President decided to restart the painted portrait tradition after decades of photographs. This led to commissioning portraits of past Presidents both living and deceased. A particularly controversial move as portraits of deceased Presidents would inevitably be painted from photographs. Ian Milne, Sibbald Librarian, treated us to some of the stories behind the portraits, some more successful than others. Twentieth century Presidents were less likely to have sat for portraits before and often found that their image of themselves was at odds with the artist’s view. Not only that, artists sometimes had to contend with the opinions of Presidents’ wives: a formidable group, unafraid of sharing their opinions, which resulted in changes or even entirely new portraits.

The first stop after lunch was a real hidden treasure. There are few people other than the members who have visited The Royal Company of Archers building. I was particularly surprised to find that the paintings are not available to view on BBC Your Portraits and Lt Col Richard Callender asked us not to take pictures. In an era when it seems that nearly everything is accompanied by a hashtag, this is unusual and made viewing the building and portraits such an honour. Their most precious portrait is currently on display at the SNPG, which is an excellent start towards making this historically significant collection more widely known.

On that note we headed towards our last stop of the day, University of Edinburgh, neatly bringing us back to where we began. Art Collections Curator Neil Lebeter greeted us with tea, which was gratefully received after so much walking. The University collections were not very well known and a website launched a year ago is part of a big drive to change that.

We were taken to a room filled with highlights from the collection. These included a 1949 drawing by Barbara Hepworth that had not been seen since it went on display at the Venice Biennale in 1950 and Giambologna’s Figure of a Horse. Also, Going to the Fair by Picasso that had the unusual distinction of being signed in the top left corner years after it was made because the owner stuck it under Picasso’s nose and asked him to sign it. Most of all, I was looking forward to the ram’s head snuff box and it didn’t disappoint! It was glorious, and like most things, has to be seen to be believed. I enjoyed learning that another exists on wheels so that it can be passed easily round the table. Neil casually drew our attention to Raeburn’s easel and Adam Smith’s library at the far end of the room before whisking us away.

As ever for UBP events, the collections tours were thoroughly enjoyable as well as educational. Through sharing stories and viewing portraits we explored issues surrounding commissioning and acquiring portraits as well as balancing the expectations of artists, sitters and institutions. 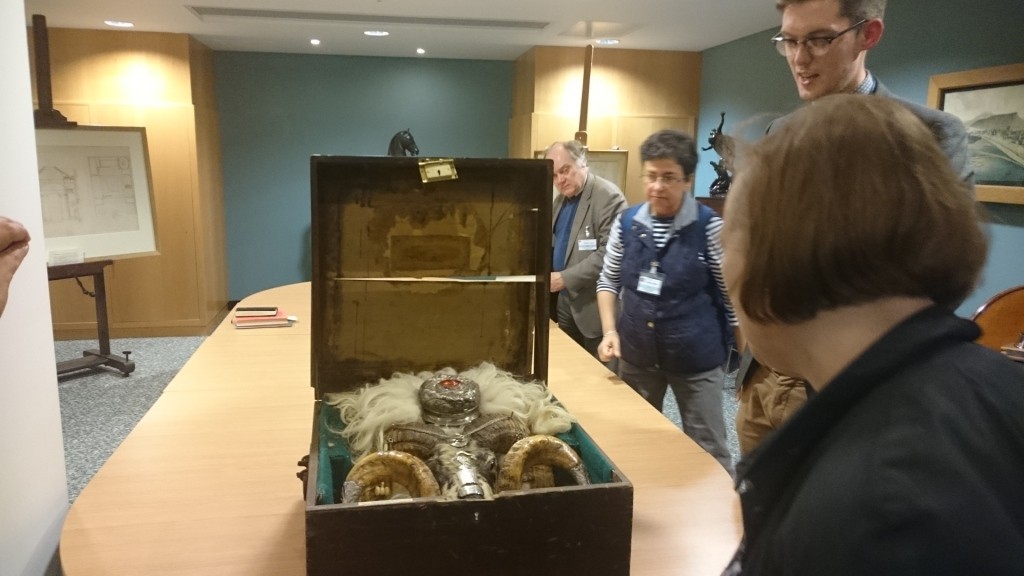