You are here: Home News The 2014 British Portraits Knole seminar by Sarah Grant 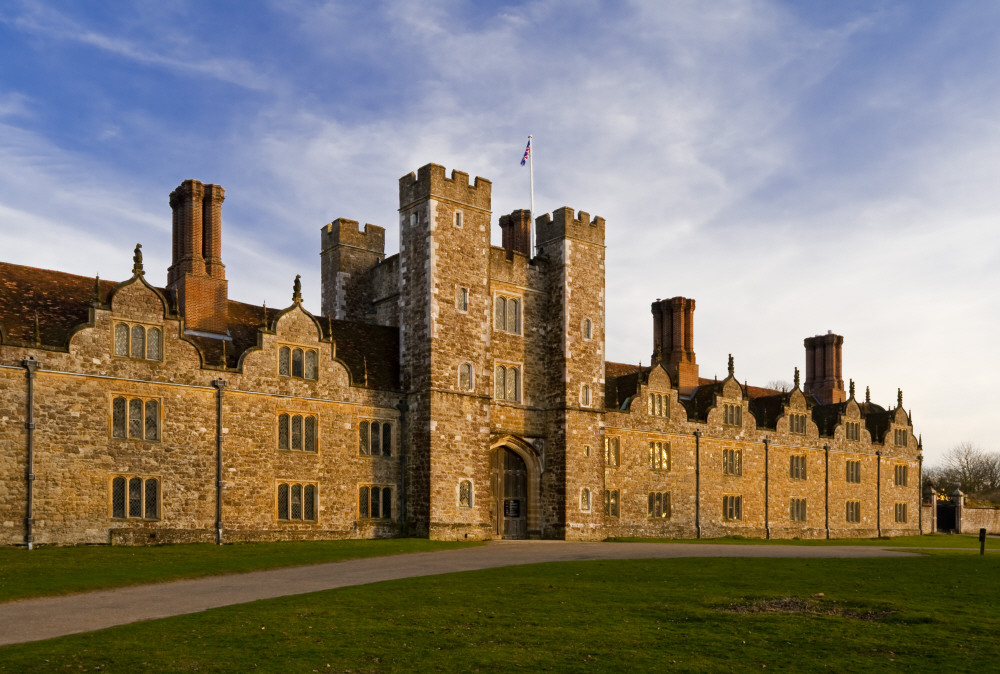 The latest British Portraits Subject Specialist Network seminar was held at Knole, generously hosted by Lord Sackville and the National Trust and expertly co-ordinated by Caroline Pegum. On a crisp March morning over thirty delegates from a range of institutions and fields assembled in the Great Hall. This being my first visit to Knole I was quite unprepared for its suggestive ambience, one that has cast a spell over many an impressionable visitor over the centuries. On a day when the house was closed to the public  it retained an atmosphere that was, to paraphrase Henry Higgins, ‘as restful as an undiscovered tomb’.

It seemed wholly appropriate that an event devoted to the study and understanding of the portrait, that most personal and idiosyncratic of genres, should take place at Knole, a house that appears to bear the imprint of each and every one of its successive residents in the very fabric of its walls, their lingering presence felt in every richly-furnished interior, the manifest caprices and whims of each occupant recorded for posterity in the sprawling  miscellany of Knole’s extensive collections.

Emma Slocombe opened the day’s programme with a skilfully condensed history of the house and its collections. Peppering her talk with interesting anecdotes and quotes Emma then went on to outline the National Trust’s ambitious new Heritage Lottery-funded five-year conservation and engagement project, which promises to ensure Knoles’s collections are given the care, facilities and interpretation they deserve.

Catherine Daunt then gave a fascinating paper revealing the fruits of her research into the enigmatic group of 16th- and 17th-century portraits displayed in The Brown Gallery, which she conducted in collaboration with Knole’s conservators. This was a model demonstration of how scientific investigation, when combined with connoisseurship and sound art historical practises, can untangle even the most stubborn of mysteries. 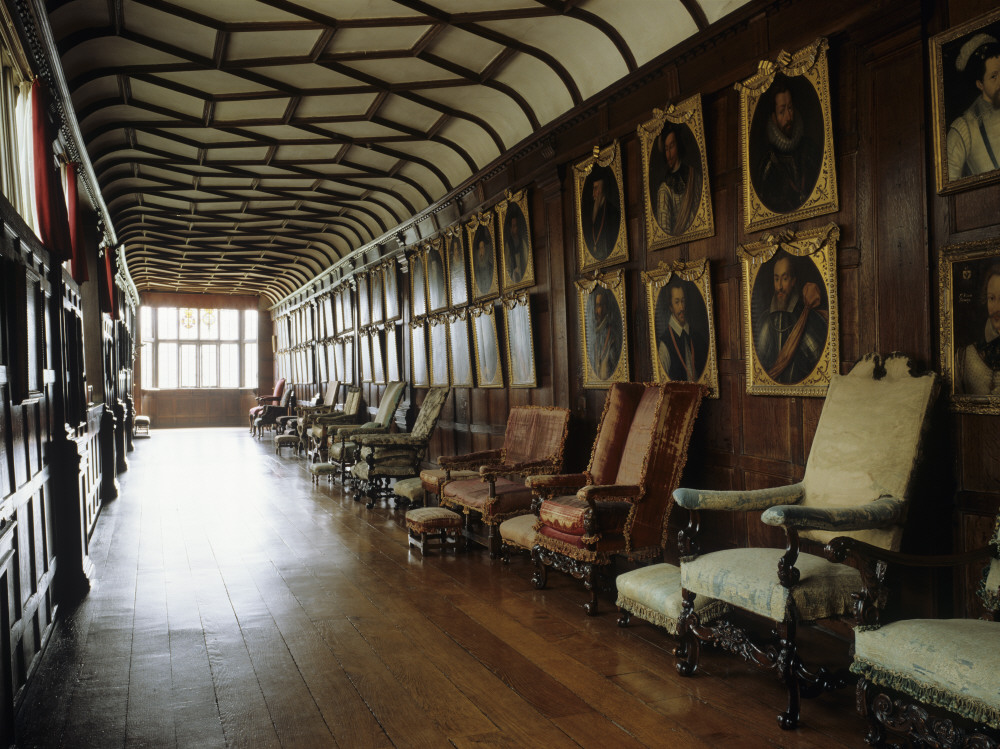 The Brown Gallery at Knole with its rows of 16th and 17th Century portraits and fine collection of early English furniture for which Knole is particulary famed. National Trust, Knole, Kent ©National Trust Images/Andreas von Einsiedel

Dr Edward Town gave a lively account of the ‘Spendthrift Earl’, Richard Sackville, who depleted his family’s fortune significantly, albeit making a number of important acquisitions along the way.

Our host, Lord Sackville, was the next speaker, giving an informative and entertaining talk  about the life and patronage of his ancestor, John Sackville, regaling us with stories of the Duke’s hedonism and extravagance. This culminated with a tour of the eighteenth-century portraits in the private and public apartments which was for me, one of the highlights of the day’s programme. 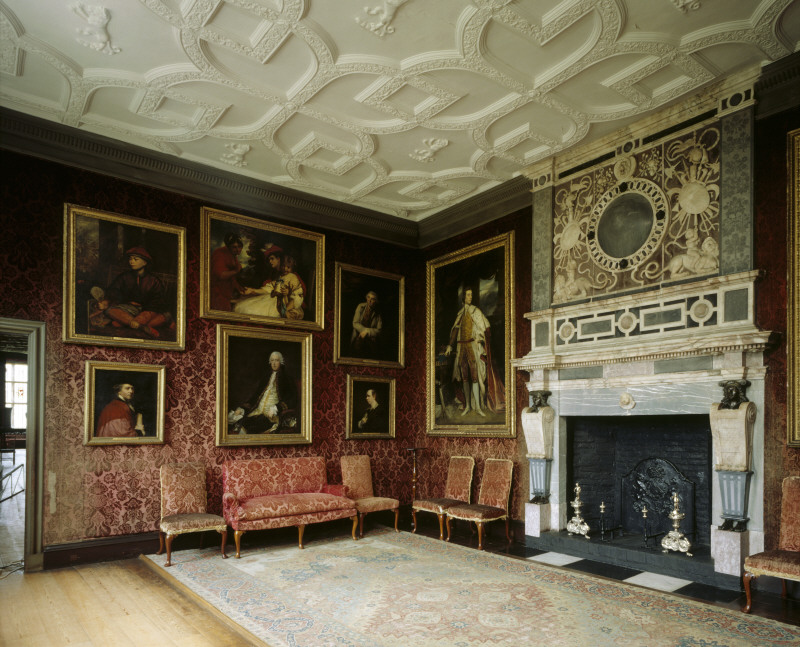 The interior of the Reynolds Room at Knole. It is also known as the Crimson Drawing Room due to the fact that its walls are hung with a rare early 18th Century crimson stamped woollen velvet. National Trust, Knole, Kent ©National Trust Images/Andreas von Einsiedel

We admired the wealth of Reynolds portraits on display in The Reynolds Room, before descending the painted staircase where we encountered the woman we had by now heard so much about: Giovanna Baccelli, the 3rd Duke of Dorset’s Italian mistress, a former ballerina and courtesan. 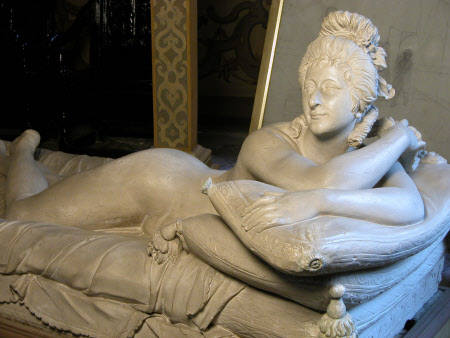 Part of my current research focuses on connections between the French and British schools of portraiture – French portraits of English sitters and vice versa,  so it was for me an unexpected pleasure to round a corner and encounter Elisabeth Vigée Le Brun’s rather severe portrait of Arabella Cope, the wealthy young bride of the 3rd Duke, whose arrival at Knole spelled the end of his liaison with Giovanna Baccelli. 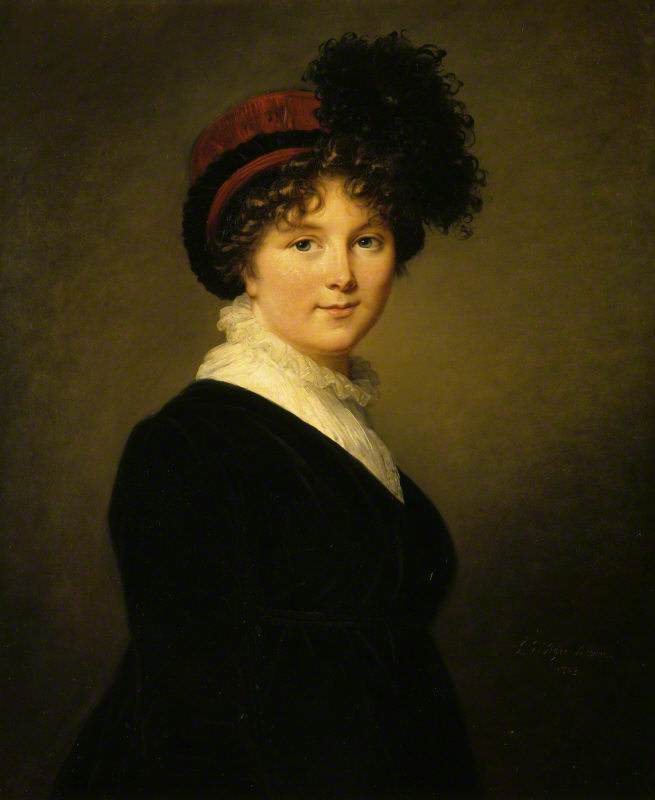 It was fascinating to then be able to compare the characteristic neoclassical restraint of Le Brun’s depiction with another, earlier, portrait at Knole of the same sitter, this time by the British artist John Hoppner, an altogether more romantic imagining – with that most English and patrician of accessories, a romping spaniel.

Later that afternoon, Jacob Simon reminded his audience not to overlook frames and their iconography when researching portraits. Mr Simon drew on examples hanging in the Great Hall to illustrate some aspects of the wide repertoire of ornament commonly employed in frames.

Anne French then detailed her research on Knole’s large group of servant portraits – by and for whom they were commissioned remains largely unsolved although Ms. French suggested, very persuasively, that the liberal-minded Giovanna Baccelli may have been the force behind these unorthodox depictions.

Melanie Caldwell gave the last paper of the day – a stimulating examination of the changing programme and approach to conservation at Knole over the years – the trials of mould being particularly paramount in a house with such high levels of humidity. We were later able to witness the damage wrought by these spores for ourselves and compare them with a picture that had successfully received treatment.

The day’s programme, with its range of papers and expertise, offered attendees a wonderful starting point from which to reconsider our own collections and research, giving new substance and vigour to our investigations. What emerged perhaps most strongly for me were the endless and variable ambitions – whether dynastic, social, political or artistic – that drive the portrait and make it such a compelling and rewarding focus of study.

Further details on the Knole seminar >>