You are here: Home News The Grand Tour Adventure in the 1790s by Saraid Jones

The Grand Tour Adventure in the 1790s by Saraid Jones 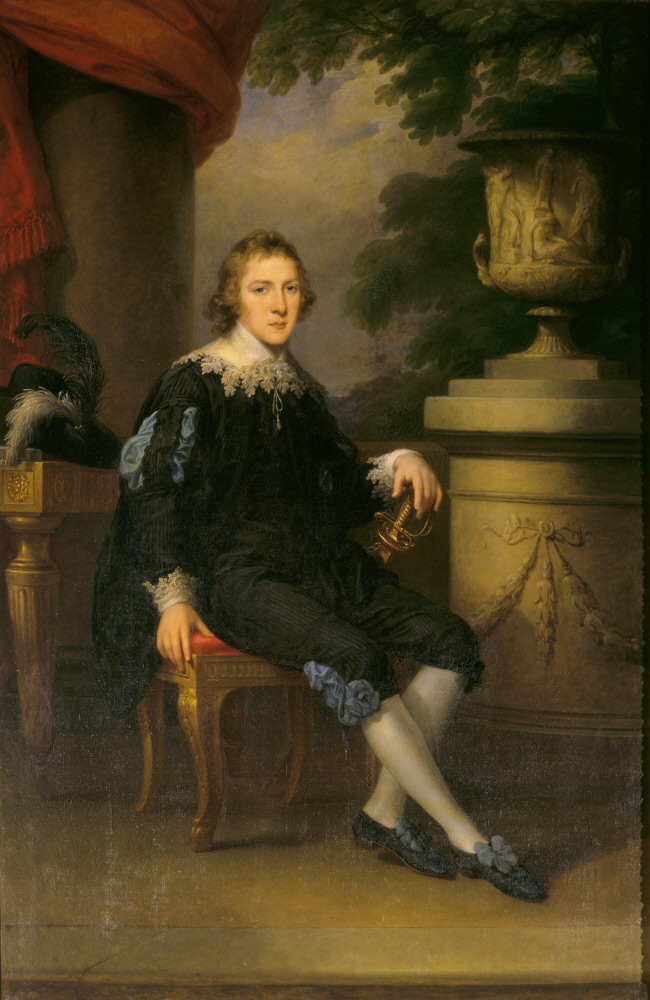 Saraid Jones received a Bursary from Understanding British Portraits in October 2013. Here she reflects on the aims of her chosen project.

My fascination with the portrait of Thomas, 2nd Lord Berwick painted by Angelica Kauffman (left) began when I read the story of his Grand Tour. The Volunteers’ Library at Attingham Park is full of interesting snippets of information and one day I pulled out an extract from the biography of Edward Daniel Clarke (below), tutor to Lord Berwick on his Grand Tour.

I was captured by their travels from England in July 1792, through Belgium, Germany and Switzerland and arriving in Italy in October. This was a very difficult time to be travelling as the French Revolutionary Wars were taking place but this did not deter the keen adventurers in pursuit of the finest antiquities and commissioning new works of art. Whilst in Rome in late 1792, Clarke arranged for Lord Berwick to sit for Angelica Kauffman, then at the height of her career as a portrait painter. In addition to the portrait, Kauffman also produced two historical paintings which were made to be hung at Attingham Park, Lord Berwick’s Neo-classical mansion in Shropshire.

Lord Berwick was in Italy for two years, then after deciding to abort the planned trip to Egypt and Greece, he travelled back to England with a very disappointed tutor! Lord Berwick spent extravagantly in the early 1800s and there were two large bankruptcy sales in 1827 and 1829. Thankfully, the three Kauffman paintings never left Attingham and today they can be found hung together in the Drawing Room (below). 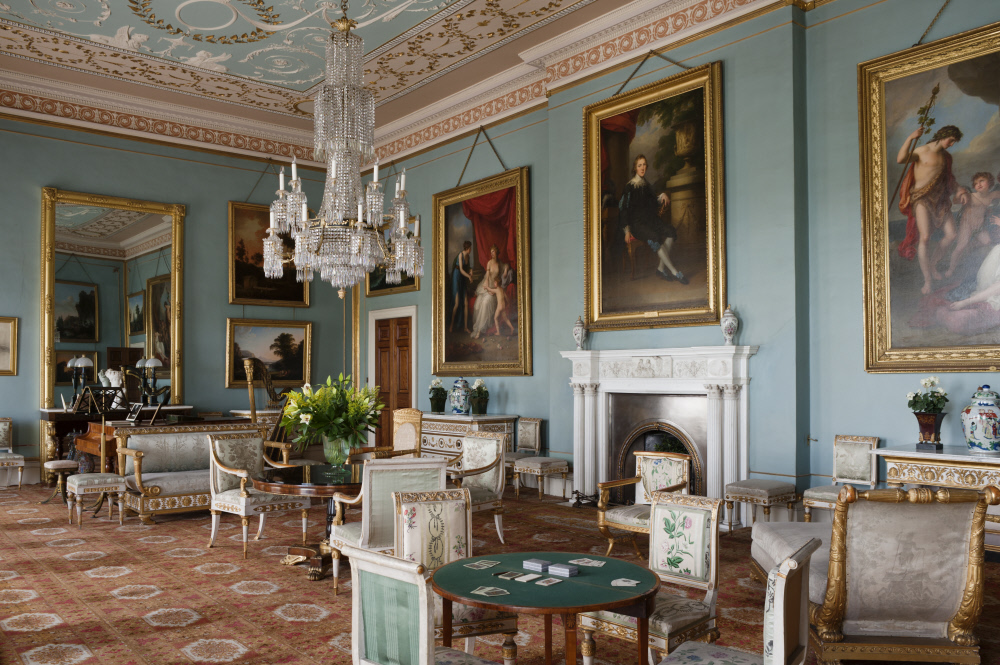 The aim of my bursary project is to place the creation of these three paintings within the context of the later history of the Grand Tour, the turbulent years of the French Revolutionary Wars and the later works of Angelica Kauffman. I will be comparing the portrait of Lord Berwick with others by the same artist and paying particular attention to the ‘Spanish costume’ or ‘Van Dyck’ fancy dress that he is wearing.

Whilst giving an example to our volunteers of how the ‘BBC Your Paintings’ website can be used, I stumbled across a very similar painting of John Simpson (below), also in Van Dyck clothing and adopting a very similar pose. 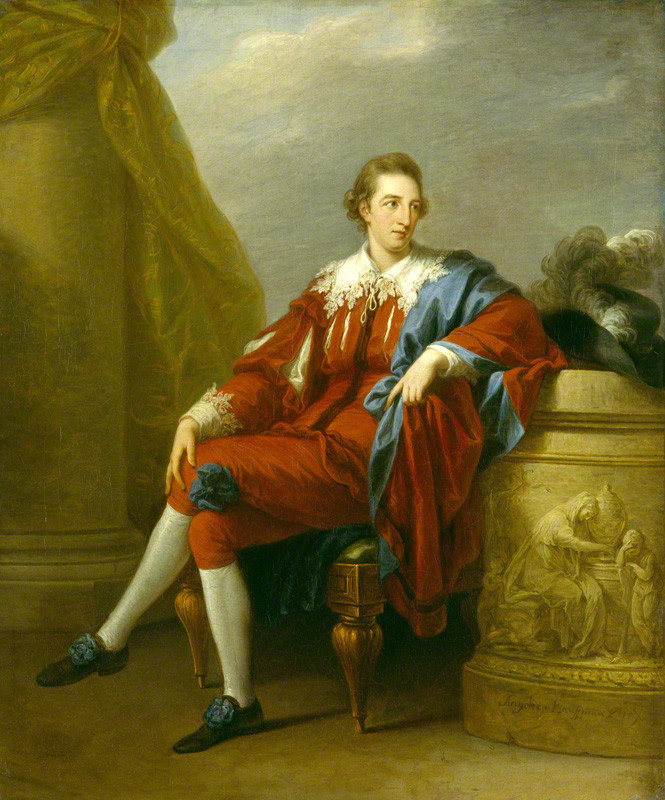 I have found other comparable portraits, most notably one by Kauffman of Lord Berwick’s brother-in-law, Lord Bruce. This portrait was created in 1795, only two years later than the one of Lord Berwick and the clothing is remarkably similar. Why did these gentlemen choose to be depicted in clothing from a different era and how does this impact on modern visitor interpretation of these portraits?

My research so far has already included going through the Attingham archives and meeting with a world expert on Angelica Kauffman. I wonder what is still to be discovered.