You are here: Home News Understanding British Portraits Annual Seminar and the Art of Science by Ellen Embleton 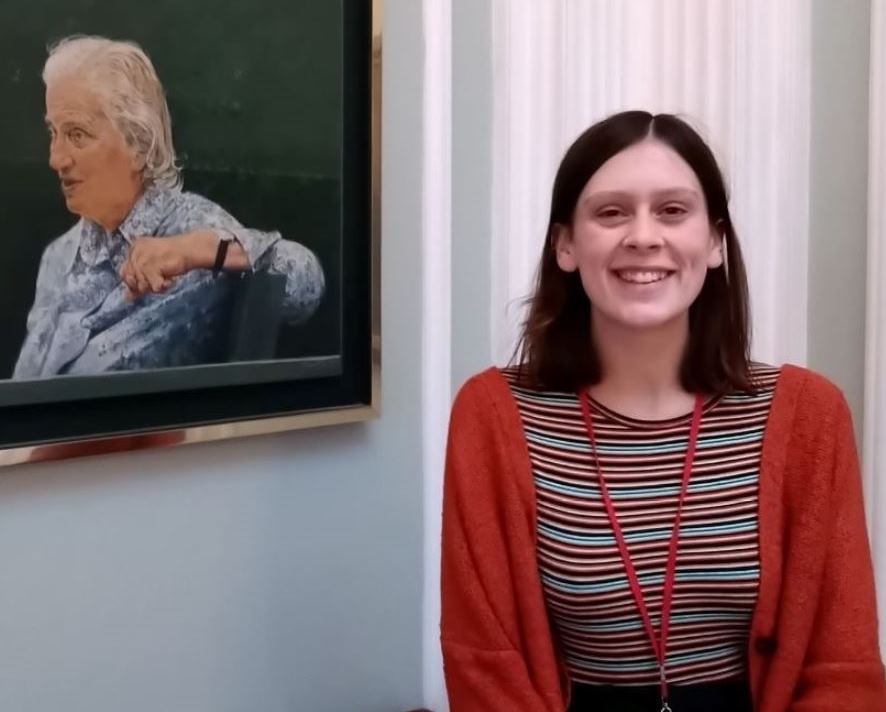 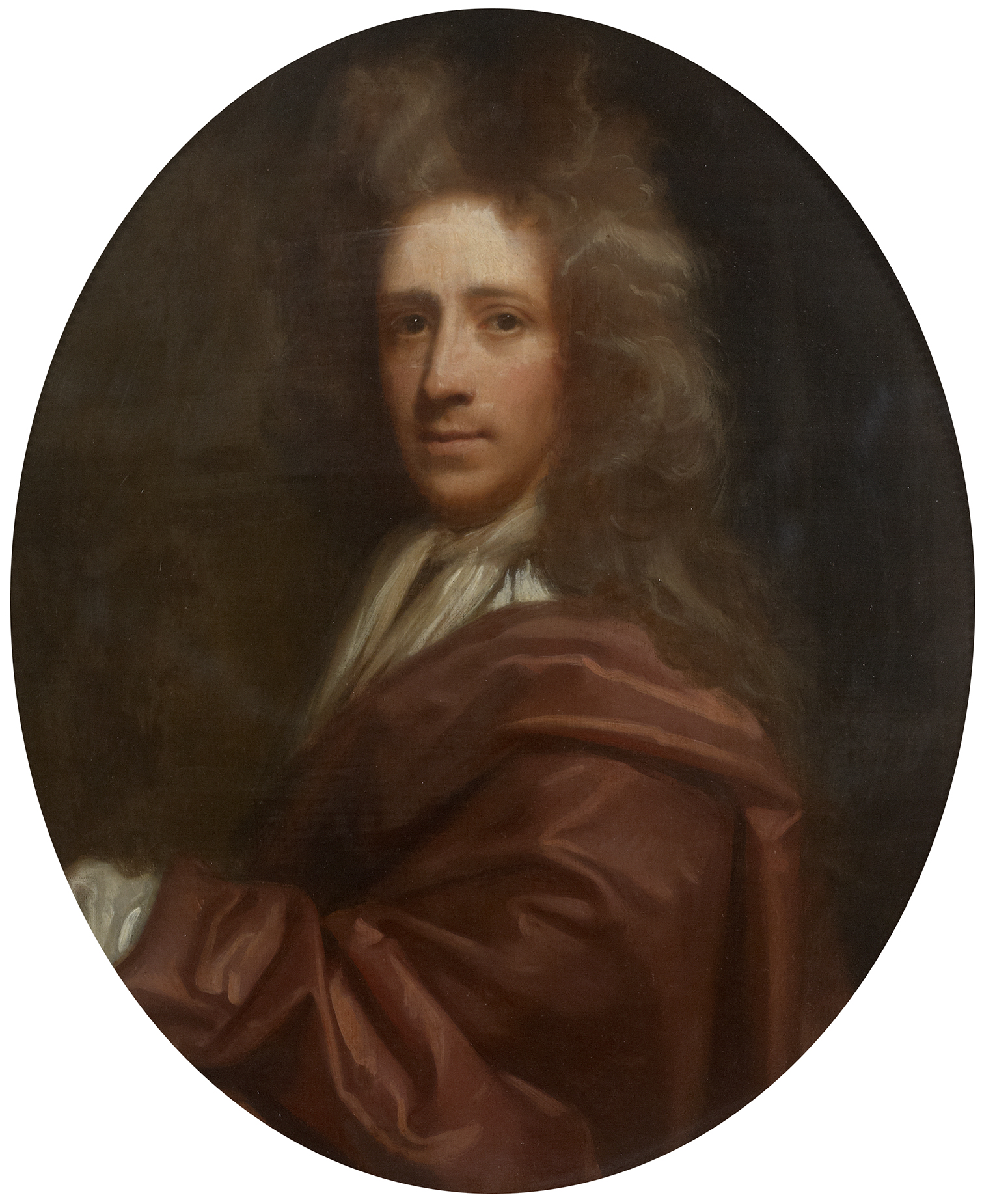 I have been following the goings on of the Understanding British Portraits network for some time, and so was delighted to secure a spot at this year’s Annual Seminar at the NPG. It truly lived up to my expectations, with a fantastic range of speakers, a variety of topics covered, and the opportunity to discuss all things portrait with fellow enthusiasts.

My experience of working with historic portraits began earlier this year when I started working as Picture Curator at the Royal Society. Among other things, this role involves managing the Society’s portrait collection. Members of its Fellowship presented the first portraits to the Society in the late seventeenth century, and from that time its portrait collection has expanded to over 200 pieces. The likenesses include early Presidents, big names from the eighteenth and nineteenth centuries, as well as Fellows from more recent years.

Working in a science academy, the artwork I encounter serves to strengthen what I consider to be the undeniable overlap between the sciences and the arts. This notion of overlapping was discussed by the first speaker of the Seminar, Robert Tittler, whose research in Tudor and early Stuart portraiture correlates with a pattern observed in our seventeenth century material. Tittler centred his discussion on the National Portrait Gallery’s portrait of Sir Henry Unton – a posthumous ‘story picture’ intended to commemorate Unton’s life. He suggested that the creator of this portrait was not a conventional portrait artist by any means, but rather an arms or heraldic painter. In doing so he reminded us that the sixteenth and seventeenth century category of painter was broad. It included picture painters, glass painters, manuscript illuminators, painters who gilded objects, painted badges, murals and saddles, and so the list goes on.

The notion that we must look beyond the mainstream narrative of portraiture artists from this period in order to fully understand the culture of the era resonated with me. Overlapping crafts certainly existed in the early years of the Royal Society, a fact that was recently explored in our exhibition Science Made Visible, hosted in conjunction with Cambridge University, which aimed ‘to understand how visual and graphic resources shaped and facilitated the development of scientific knowledge’ in the years following our foundation.

It found that a diverse range of makers created visual material in the Society. Two examples among the Fellowship are Richard Waller and Robert Hooke. Between 1689 and 1713 Waller executed a series of beautifully painted flowers and grasses, while Hooke personally illustrated the first ever book on microscopy, Micrographia in 1665. As noted by Tittler in his paper, when we acknowledge the overlapping working practices of the seventeenth century, we encounter the artists not typically considered ‘artists’, but who are a legitimate part of the history of British art production nonetheless. 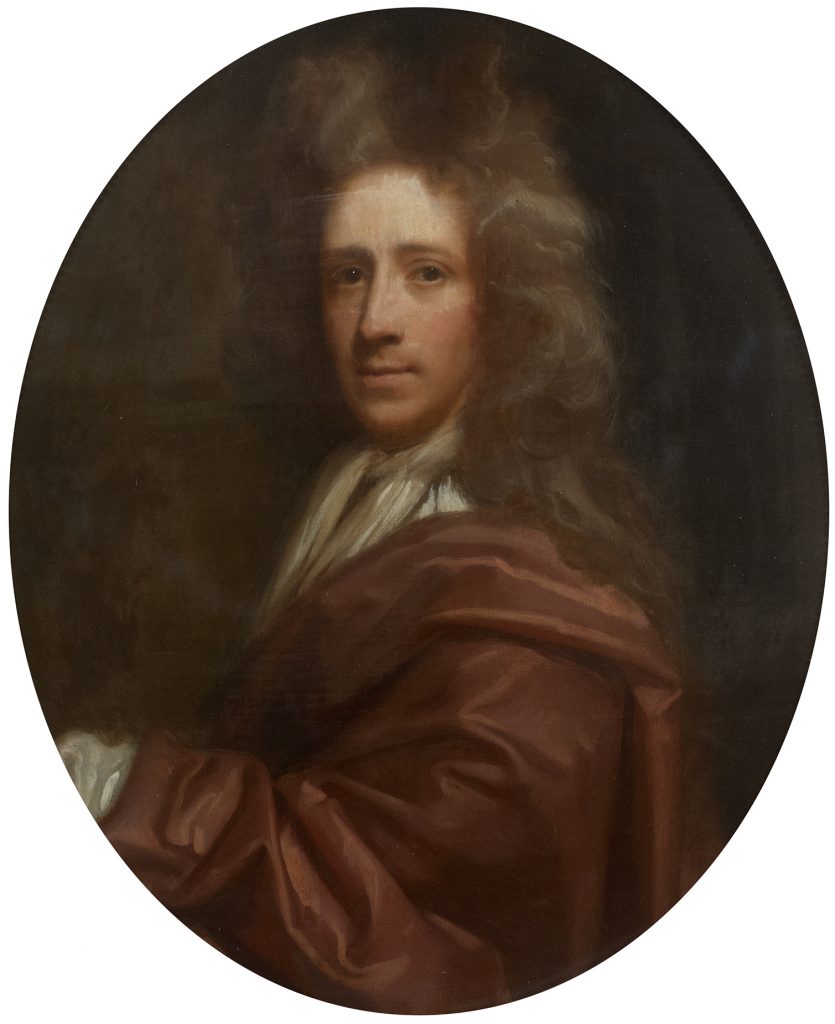 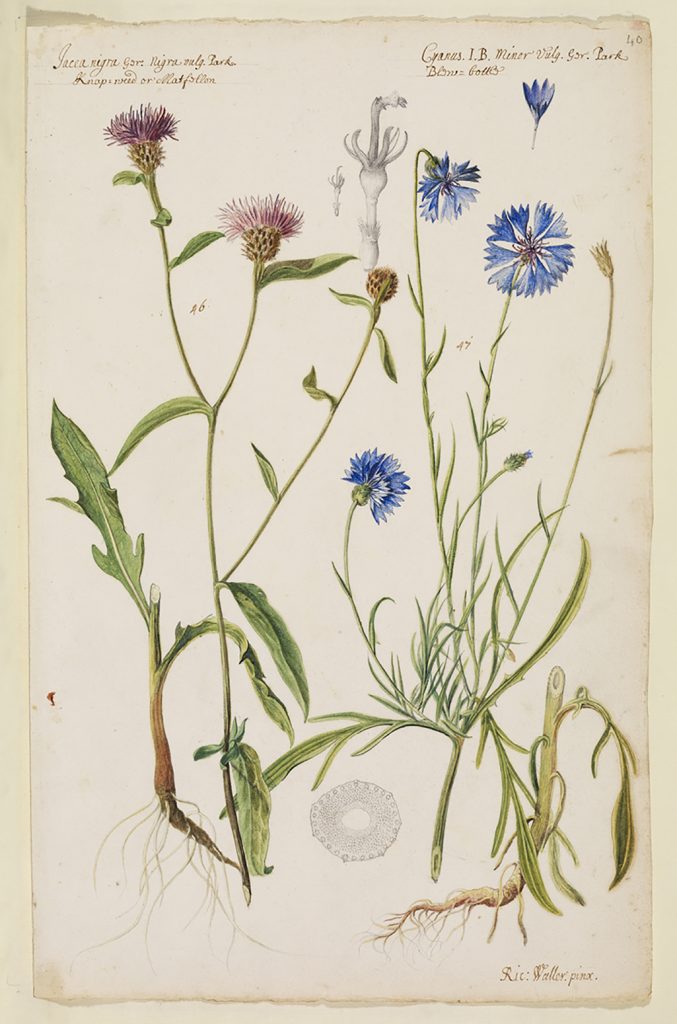 Tittler also pointed us in the direction of his database of Early Modern British Painters, a resource listing those identified as painters working in England, Wales, Scotland or Ireland between the years 1500 and 1640. The database is egalitarian in its definition of ‘painter’, in keeping with Tittler’s research, and each entry indicates painters’ names with alternate spellings, places of origin and of residence, dates of life and/or of activity, details of training, known works, and general biographical information.

From a quick flick through the database, I managed to track down one portrait artist from our collection, William Dobson the Younger, and I suspect there are more. Dobson the Younger is responsible for a portrait we have of philosopher Thomas Hobbes: 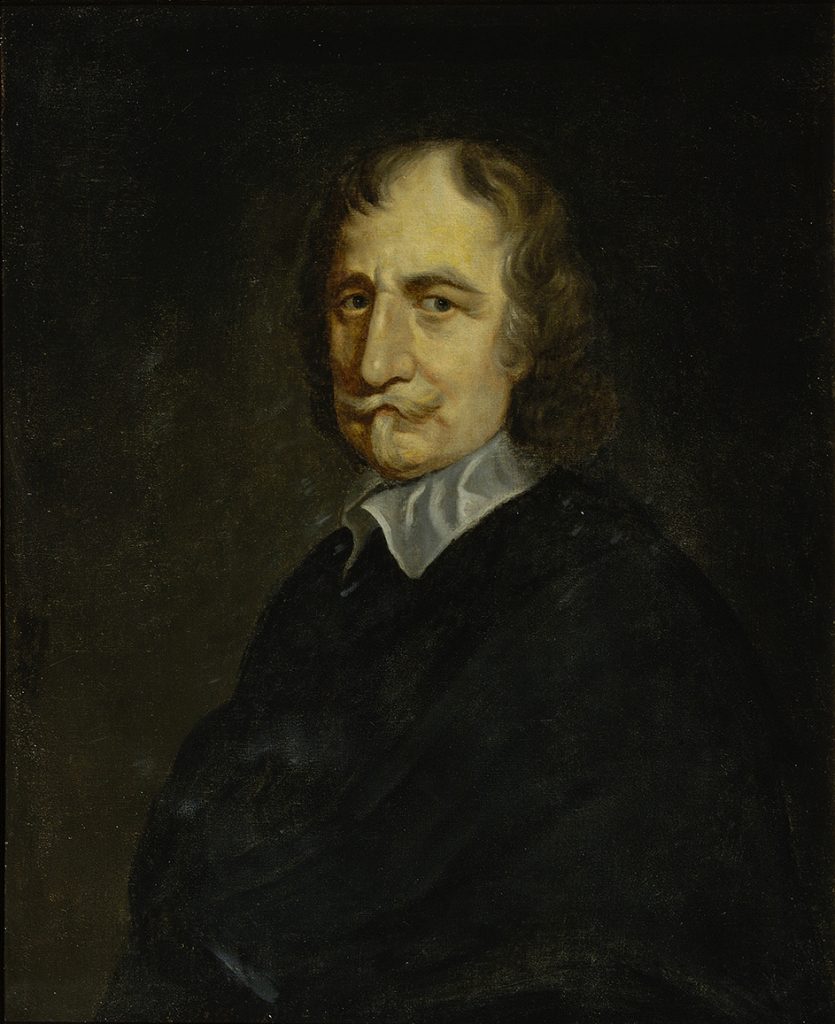 Portrait of Thomas Hobbes by William Dobson the Younger (ca.1640s) © The Royal Society

The information on Tittler’s database allowed me to improve our Picture Library entry for this portrait, tightening up the dates of Dobson’s authority file and allowing for a biographical line. We aim to make our Picture Library as informationally rich as possible, and are always updating entries to include the most up to date working knowledge we have on each piece, so this was a great result.

As the seminar drew to a close, the panellists discussed the need to invigorate historic portraits if they are to maintain their relevance in our busy, and increasingly digital, modern day lives. Rachel Church, Curator of Sculpture, Metalwork, Ceramics and Glassware at the V&A, commented that ‘People are always interested in other people’, a statement with which I agree wholeheartedly. We take time to provide biographical and contextual information on our portraits via the Picture Library because of this, to give researchers a real sense of the agency of the sitters and the artists, and really strip them back to the people behind the paint. The fact that Tittler’s database was able to help us in this endeavour points towards its importance as a resource, and I am grateful to have had the chance to discover it at this year’s Annual Seminar.