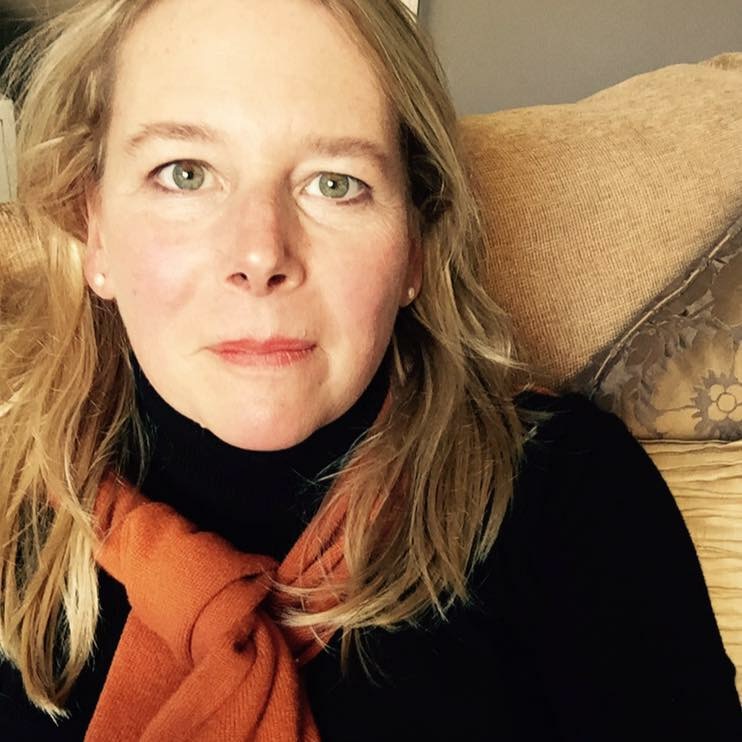 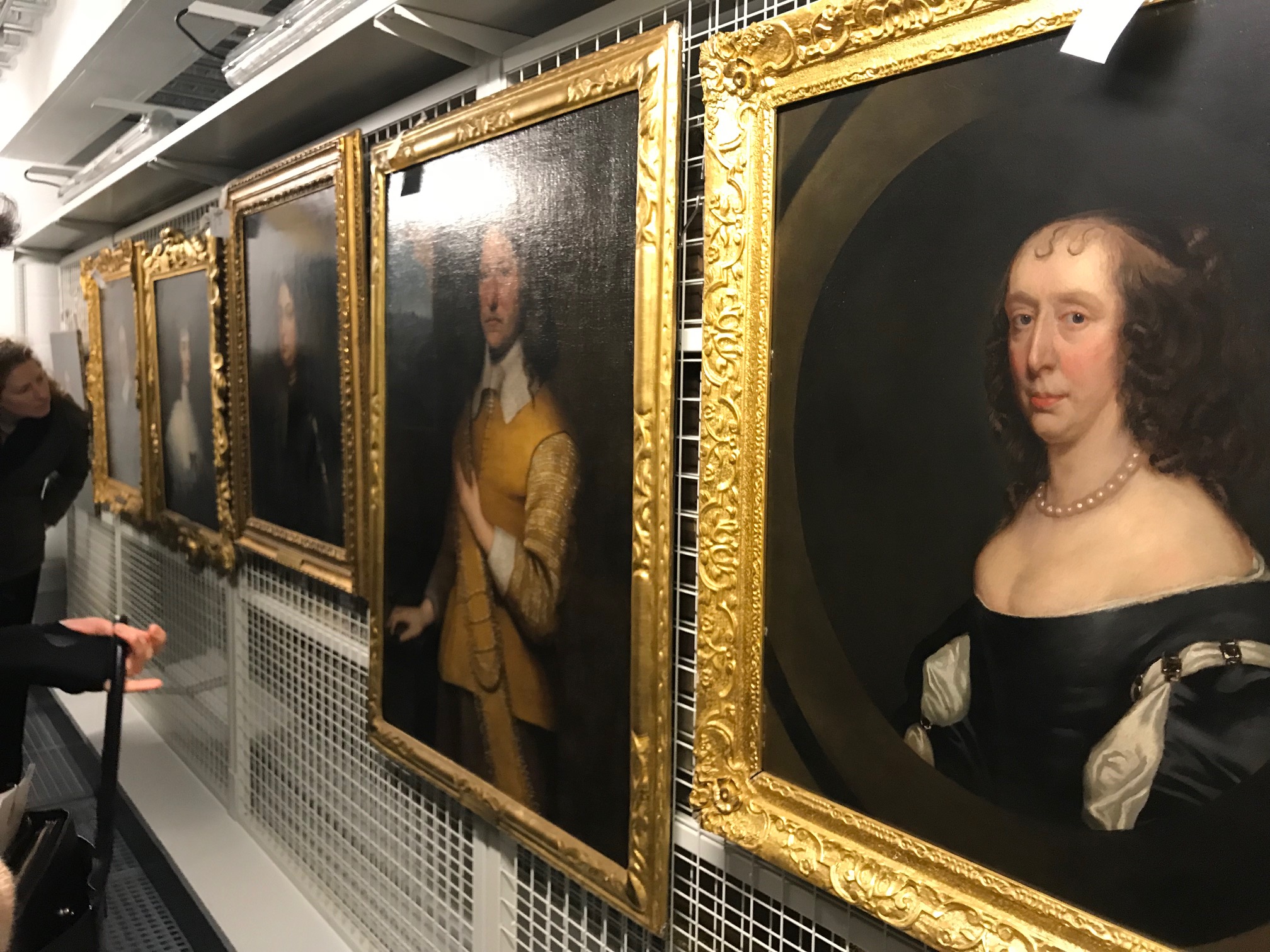 Understanding British Portraits events never disappoint. They are carefully programmed allowing for a wide breadth of interest and professional focus. I always gain great inspiration from these sessions and translate this directly into my efforts at Ham House.

A few years ago, I worked collaboratively with volunteers to develop and deliver a Portrait Tour that shared the lives of the family who lived at Ham during the Georgian period as well as the lives of the artists who painted them. This was an engaging experience for volunteers and the tour helped to diversify our offer, which is primarily a seventeenth-century story.

Continuing to raise awareness of the pictures in our collection, I publish an Artist in Focus piece every other week that is distributed to departments across the  property. Our guides particularly have engaged with these articles, discussing artists amongst themselves as well as with our visitors. This column was conceived following Karen Hearn’s talk on Cornelius Johnson that was given at another valuable UBP event last year.

The study day at Valence House focused on the portraits of the Fanshawe family by such artists as Cornelius Johnson, Peter Lely, Mary Beale and Marcus Gheerhaerts II. What made the event particularly meaningful was a half-day dedicated to learning the social history of the family and viewing the portraits, the majority of which are in store, before hearing lectures pertaining to the artworks themselves.

Valence House, located in richly historical Dagenham, is a living museum heralded by Leanne Westwood whose vision over the past 16 years has developed hands-on and engaging exhibits covering local archaeology, shipping history of the area as well as highlighting the famous people of Dagenham. The sensitively preserved architectural state of Valence House allows for portraits to be hung at eye-level, allowing the viewer to slip easily into the shoes of the artist while appreciating every detail of each picture on display.

The Fanshawe art collection contains portraiture of family members. During the day, we discussed the movement of pictures within a family’s art collection and the practice of copying portraits. The practice of commissioning copies was prevalent during this time and it is worth considering for what purpose they were  made and for whom. Seventeenth-century copies of pictures from the Royal Collection at Ham communicated prestigious connections to court. Yet copies of Ham’s family portraits had more of an emotive intent. William Murray commissioned John Hoskins to copy a Van Dyck portrait of his wife, in miniature, which allowed him to travel easily with her image. Nearly two centuries later, Murray’s great-great grandson Wilbraham Tollemache, 6th Earl of Dysart had many of the Reynolds’s portraits he had commissioned of his wife and sisters copied by Hoppner and Constable, among others. In fact, Wilbraham commissioned five copies alone of the portrait of his wife, Anna Maria, portrayed as Miranda, now at Kenwood, revealing a husband’s undying devotion.

Following on from this study day, I am examining the motivations behind the commissions of both originals and copies of the five Reynolds portraits of Tollemache sisters and sisters-in-laws. I hope to illustrate that the desire for copies themselves was more emotive than the original commissions that performed rather a dynastic record for the family. I am also addressing the movement of pictures within a collection, for Wilbraham stipulated the movement of pictures following his death as well as after the death of his sister, Louisa Manners, who succeeded him as Countess of Dysart. Through this research I hope to also raise the importance of contemporary copies and their conservation.

Karen Rushton, as archivist at Valence House, shared information she has unearthed from examining letters, diaries and wills which led me to look at Wilbraham’s influence on Ham’s collection. Memoirs of Lady Ann Fanshawe  (available to purchase from Valence House) in particular sheds much light on Royalists during the Civil War and will likely prove to be a window on how life was for the Murrays during an earlier part of the family history.

Gerry Alabone’s lecture informed us of the materials and construction techniques used with auricular frames, how to classify the formulaic patterns that were individual to each craftsman and woman, and how to determine whether frames may have been later additions, such as with the six auricular frames in the Fanshawe collection. Recognition that auricular traffic was not one way seems to be becoming accepted in that the auricular moved to the Netherlands from England and then returned, re-invented, with the Restoration. 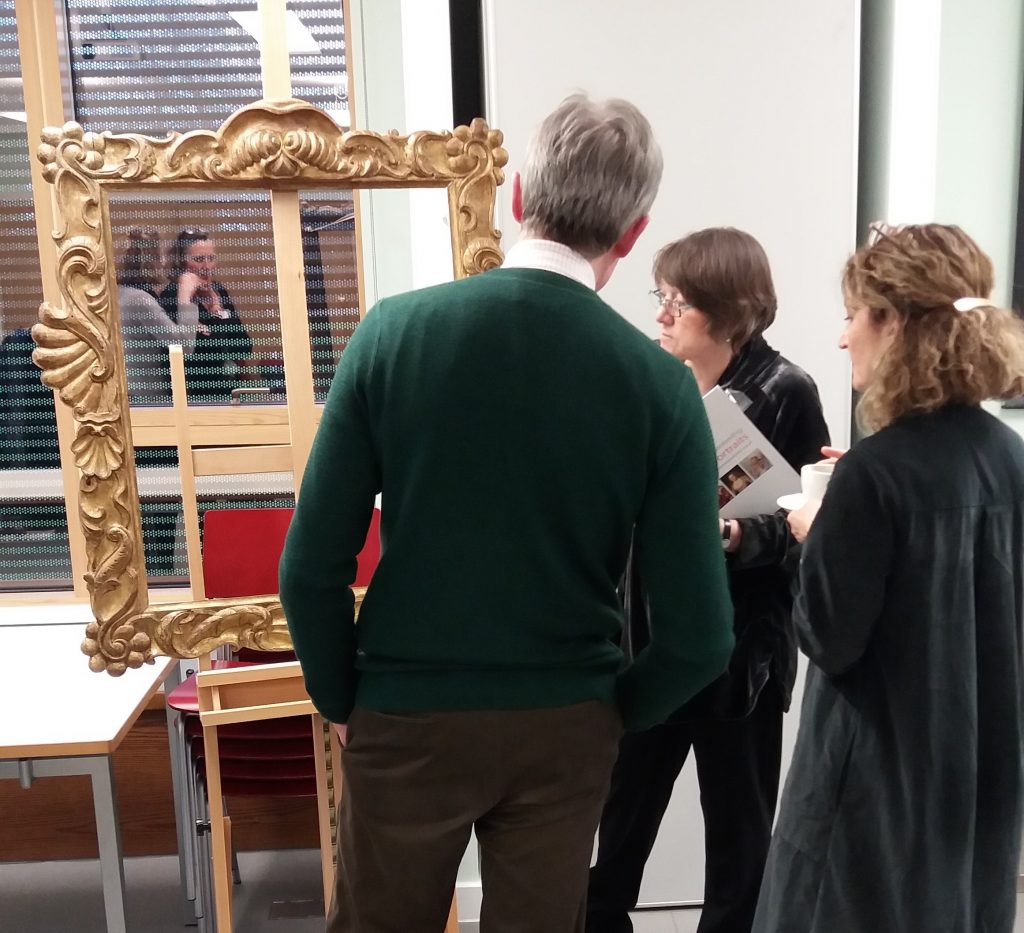 Karen Hearn’s lecture on the short-lived phenomenon of the ‘pregnancy portrait’, from the late sixteenth-century into the early seventeenth-century explored the possible motivations behind these commissions which often blend emotive and dynastic purposes. We also learned how to use historical dress to interpret whether a picture falls into this classification such as does Ann, Lady Fanshawe (1628) by Marcus Gheerhaerts II, or does not, as with the earlier Arnolfini Portrait by Jan van Eyck. 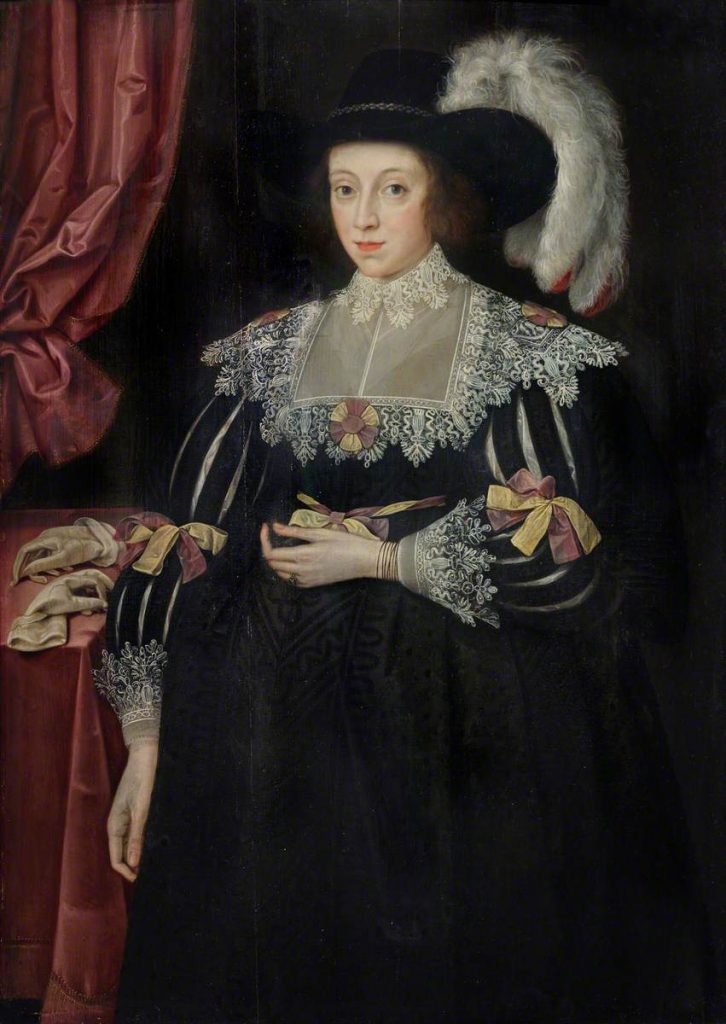 Finally, graduate students can play an enormous role in conservation and interpretation within collections as demonstrated by Valence House’s conservation projects of an auricular frame and a portrait. In the final presentation of the day, we learned of The Courtauld Institute’s Painting Pairs research initiative that combines art historians with technical study to work collaboratively in interpreting an object in an all-encompassing way. Conservation delegates praised the programme and felt this was the way forward. In fact, a few of us began collaborating by the end of the day.