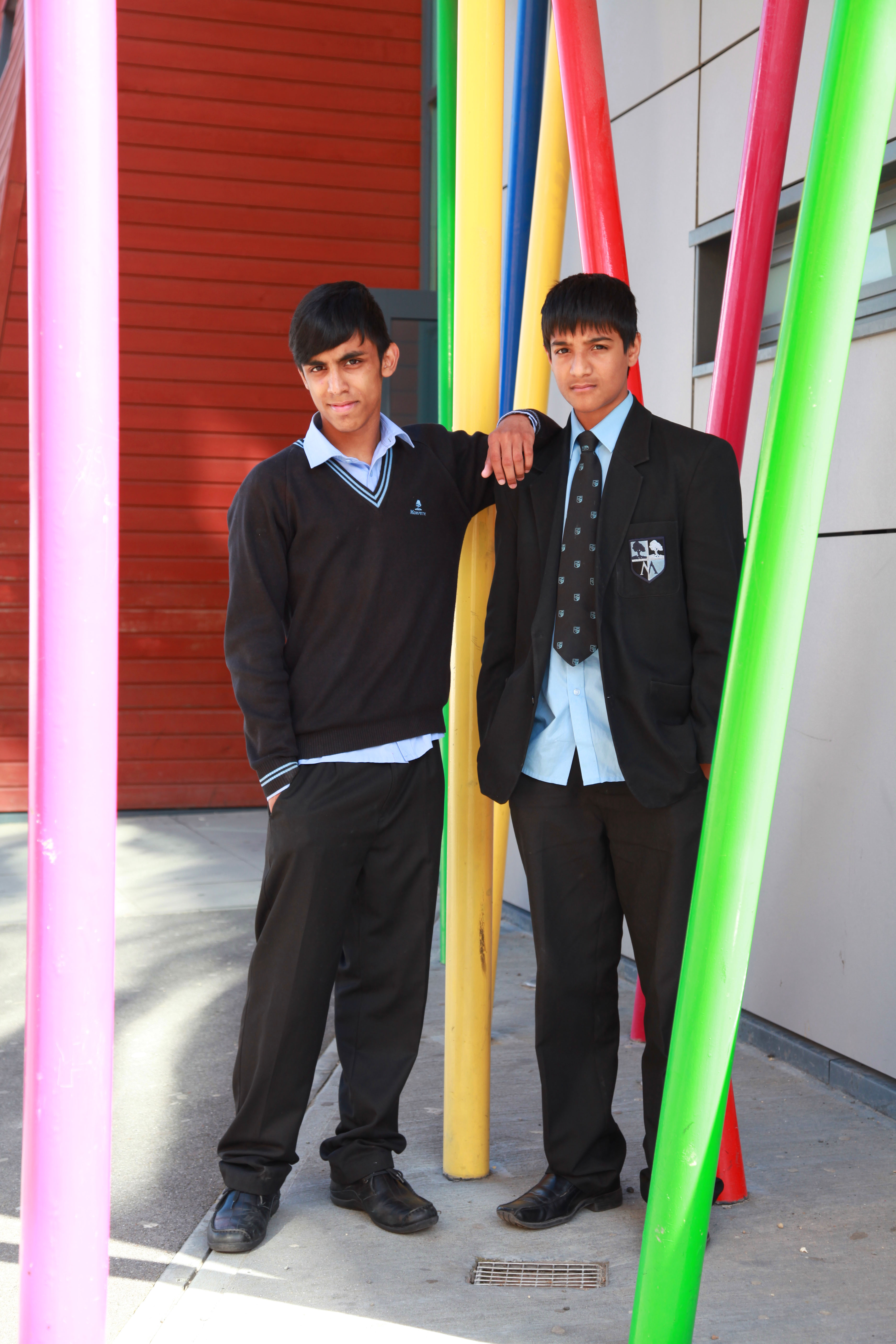 From 2010, The Courtauld Gallery took part in the London 2012 Cultural Olympiad programme Stories of the World. This was the biggest youth engagement project ever undertaken by UK museums across the nation and during that time, the Courtauld worked closely with a group of 20 young people aged between 16 and 19, from Widening Participation backgrounds.

The Courtauld Gallery’s project, anchored in the theme of Identity, focused on our wide collection of portraits. This includes famous works such as Rubens’ Family of Jan Brueghel the Elder, Paul Cézanne’s Man with a Pipe, Auguste Renoir’s La Loge and Van Gogh’s Self Portrait with a Bandaged Ear. It also includes lesser well-known works such as Tilly Kettle’s Portrait of Captain Charles and John Sealy (1773) or Sir William Beechey’s Portrait of Queen Charlotte (1812), which are works, I’m ashamed to say, I tended to overlook while delivering gallery visits. I could admire their technique, appreciate their history, try to engage with the contexts in which they were set, but I also found them staged, too formal and dare I say, slightly bland when compared with more dynamic portraits in the collection.  In short, and this was completely my fault, I hadn’t worked out how to engage with these works creatively and I tended to walk past them with school and young people’s groups.

During the second part of the project, the young people reinterpreted their chosen portrait from the gallery to create unique photographic portraits of themselves. The art historical research involved in this process was substantial, and I had therefore (wrongly) assumed that they would choose to work on our more famous portraits, for which there was already a considerable amount of information available. I was also foolish enough to think that young people would connect better to more contemporary or more visually accessible works. 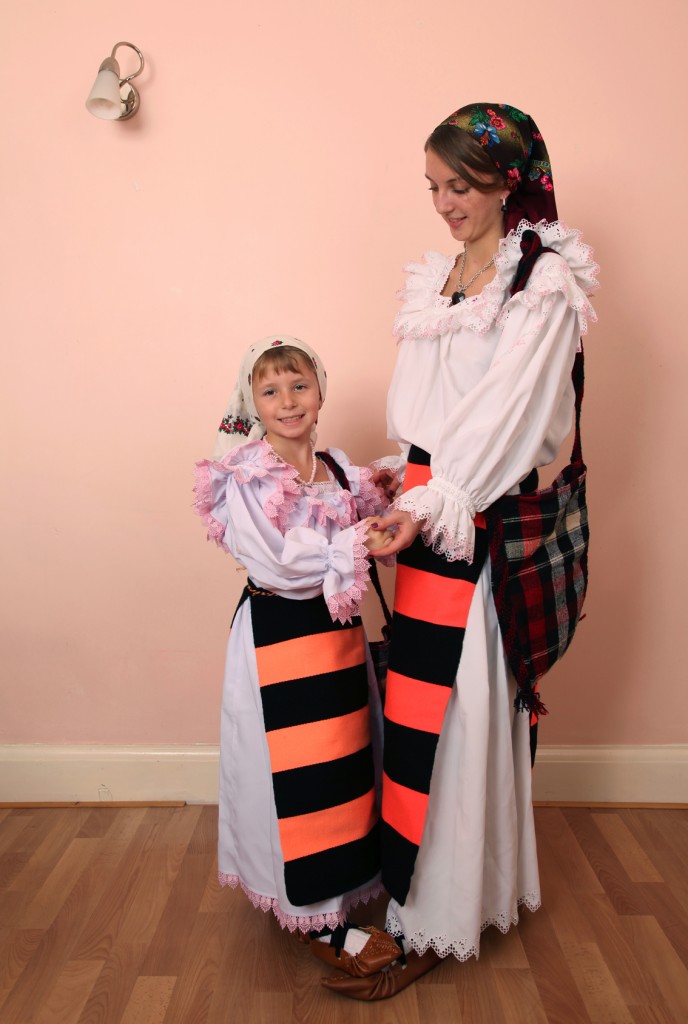 For weeks, our group of project participants went to the gallery, chose and researched their favourite portrait and thought about how to exploit their research creatively. While some students did work on our better-known portraits, others immediately took to more remote works. Something in those two British portraits intrigued them. In the case of the Sealy brothers, captured while posted in India by Tilly Kettle, their affected, relaxed pose as well as the exotic background interested them. Their clothes, their confident yet fleeting gaze and their hairstyles also captivated them. In the case of Queen Charlotte, the storm and the light effects in the background and in the brushwork, as well as the Queen’s exquisite white dress and black veil captivated one student’s imagination. Questions about these paintings were asked, which even some of our Courtauld colleagues, curators and academics, couldn’t answer precisely. This really piqued the young people’s curiosity and as their own art historical research process reached their limits, their creative interpretation heightened. All of a sudden, we were discussing notions such as national identity in relation to individual portraiture, informal royal portrayal, the importance of materials and fabrics in painted textures and how contemporary symbols, such as black mourning attire, were indeed acceptable to use in an interpretation of an early 19th century painting.

Emilia Ventel’s photographic response to the Sealy brothers, in which she chose to represent herself with her younger sister dressed in their traditional Romanian clothes in the surrounding of their London flat, was fantastic. She had managed to replicate the dynamics at play in the original work, while subverting them by highlighting the warm and lively bond between her and her sister, which is subdued in the original Sealy brotherly portrait. 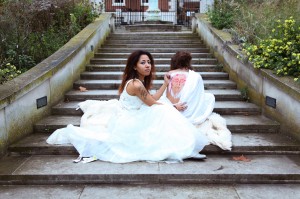 Emma Rodgers’ take on Queen Charlotte also stayed faithful to the dramatic dark and light palette of colours, and to the enigmatic portrayal of the sitter. Emma had carefully thought about where she would want to be photographed, (in this case, outdoors in Temple Garden at the end of a cold, grey autumn day). However, her translation of Queen Charlotte’s portrait included displaying her love of painting as well as representing herself with a very close friend.

During the summer of 2012, members of the Courtauld Youth Council (which included Emilia and Emma) assisted us with delivering Stories of the World inspired portraiture workshops in secondary schools located in the Olympic boroughs. Now that Emma and Emilia were able to pass on their enthusiasm and knowledge about their chosen portraits, I was delighted to see that many students choose to reinterpret Queen Charlotte’s and The Sealy brothers’ portraits. Incredible new interpretations of those works were created. In particular, the ‘Sealy brother pose’ seemed to lend itself well to students choosing to showcase friendship and group portraiture.

Being so involved in Stories of the World really opened my eyes to the power of using art history to inform creative practice and engage young people. I had of course worked on many other educational projects before, but I hadn’t realised until then that in-depth art history research would have young people so enthralled. What Emilia and Emma really enjoyed after all, was being able to offer an informed, yet personal, reading of their chosen portrait and shed a new light on our collection. As for my own professional development, I now value that the lack of information about some works of art can actually be inspirational and generate incredible gallery sessions and projects. I certainly feel more confident talking about Queen Charlotte and the Sealy Brothers, as well as about other works in our collection which I tended to overlook in the past.