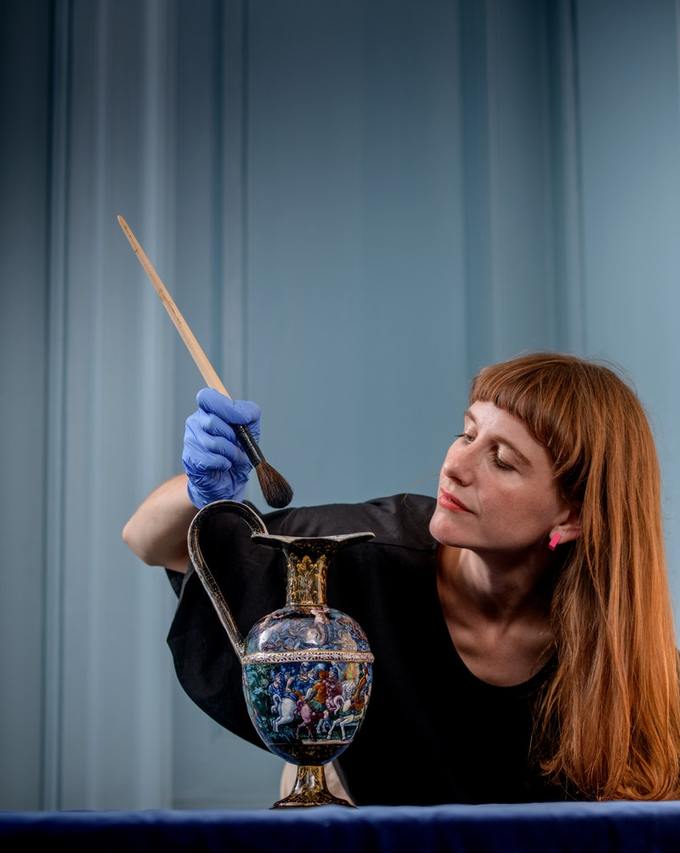 Working in a team of expert period curators, I have responsibility for the care, presentation and development of the National Portrait Gallery’s 19th-century and, in the interim, 20th-century collections.

I joined the NPG from English Heritage where I was Curator of Collections and Interiors for three London sites: Charles Darwin’s home at Down House, Eltham Palace and The Wernher Collection at Ranger’s House. In 2015, I worked on the capital investment re-display project of Eltham Palace and, in 2016, re-opened the re-displayed bedroom of Charles and Emma Darwin at Down House. Most recently, I developed wholly new interpretation for over 700 works of art (dating from 2BC to the 19th century) in the Wernher Collection, which re-launched at Ranger’s House, Greenwich in July 2018.

Between 2011 and 2015, I undertook an AHRC Collaborative Doctorate Award with the University of East Anglia and Norwich Castle Museum & Art Gallery, writing a doctoral thesis on the early 19th-century British artist, John Sell Cotman. Drawing on the Museum’s rich collection of the artist’s early works, I curated the exhibition “Almost too daring for an individual”: John Sell Cotman’s One Man Show which ran between 28 March 2015 and 28 March 2016.

Formerly, I was an Assistant Curator at the NPG and Dulwich Picture Gallery having initially gained curatorial experience at the Georgian Group, the British Museum’s Department of Prints and Drawings and Dr Johnson’s House, and training at the Courtauld Institute of Art (BA and MA).

I wrote my PhD at UEA in collaboration with Norwich Castle Museum. My thesis, entitled Survival in the British Art World, c. 1800-40: the art and career of John Sell Cotman, critically engaged with how an artist such as Cotman (whose output was exceptionally diverse and who had a particularly multi-directional career path) attempted to construct a satisfactory career in a fiercely competitive art world. More broadly, it explored how we might rethink the relationship between art and lived experience in the present moment of art history.

Other research interests include Andrea Soldi’s 1730s portraits of Levant Company merchants, the collecting practices of the founders of Dulwich Picture Gallery, and the formation of the British Academy in Rome during the 1820s and 1830s.

Details of books/publications relating to your work on British portraiture