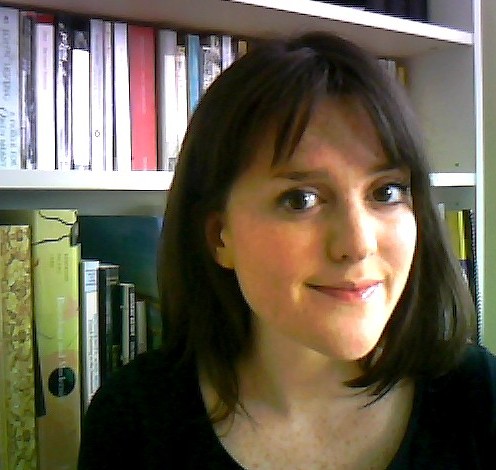 Scope of project and summary of findings

The purpose of my research was to better understand an important yet often under-recognised area of the gallery’s portrait collection, focusing on British Pop Art from one of the gallery’s most significant bequests, The Colin St John Wilson Gift. My study was centred primarily on three case studies, Swingeing London ‘67 by Richard Hamilton, Portrait of Juan Gris by Patrick Caulfield and Newton after Blake by Eduardo Paolozzi, although inevitably this widened to include other works in the collection by Jann Haworth, RB Kitaj and Colin Self. Throughout the project I was concerned to situate these works from the Wilson Gift within our wider collection by linking them with historic, modern and contemporary portraits in terms of theme, material processes and the treatment of sitters. For example visiting the Paolozzi studio at the National Galleries of Scotland and accessing material in their related archive gave me an understanding of Paolozzi’s bronze casting technique. I was then able to compare this process with other sculptural depictions of Newton by artists such as Louis François Roubiliac and Cyrus E. Dallin which I researched in the Heinz Archive, thus allowing me to establish how Paolozzi extended the traditional process of metal casting and stone carving through his method of welding together fragments of the body with machine parts. Similarly through talking to Patrick Caulfield’s widow about the development of ‘Portrait of Juan Gris’ I was able to better understand his very individual method of making small preparatory drawings for his portrait. It is well known that Caulfield painstakingly copied Gris’ head from a photograph by Man Ray, which I was able to see in the National Portrait Gallery’s Man Ray exhibition in March, but I also discovered that the body was based upon one his friends, who I was then able also able to interview about his experience sitting for Caulfield.

I used the bursary to conduct further interviews with Colin St John Wilson’s widow M J Long and the artists Jann Haworth, Colin Self and Peter Blake which I have recorded for the Gallery archive. As well as confirming to me the importance of portraiture in their work, these recordings reveal the level of association each artist felt with the Pop Art movement, serving as a valuable record of how Pop Art emerged in Britain during the late fifties.

A third element of my project was to establish a model for interpreting and presenting our portrait collection through discussion with other museum professionals. Meeting with the Learning team at the National Portrait Gallery helped me to develop my idea for an on-line resource based upon portraiture, particularly with regard to how audio material could eventually be used on the website. I also had the opportunity to visit the Pop Art Collection at Wolverhampton Art Gallery and speak to curators about their displays. Although comparable to the Wilson Gift I discovered that the weight of their collection was towards American Pop Art, which gave me the opportunity to consider our works within a broader, international context. 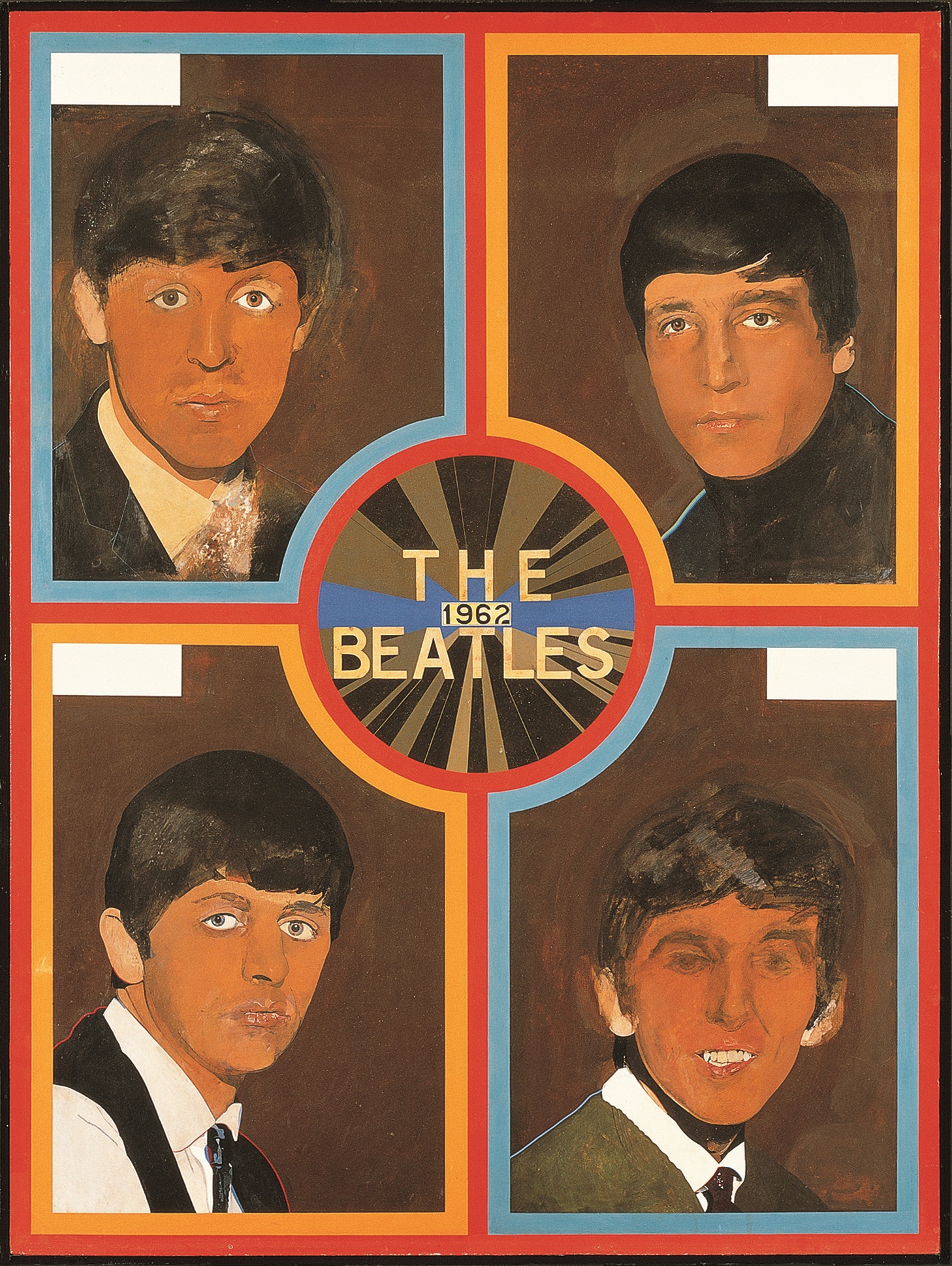 The primary outcome of the research is to be a micro-site that groups the collection thematically around the subject of portraiture and which is currently being developed alongside a new online database. I am working with our in-house graphic designer and Learning Programme Coordinator to develop this web-resource, which will feature material arising from my Bursary research such as a timeline and ‘key connections’ section that maps the relationships between key figures associated with British Pop Art. The general template of the micro-site is being designed so that it can eventually be applied to other themes in the collection, such as British landscape. Another proposed outcome is a public lecture where I will disseminate my research to colleagues and other professionals within the region, which I have scheduled to coincide with our winter programme ahead of the launch of the database.

The Portraiture microsite is integral to the larger development of our online collection database and so it has been decided that this material should be launched when the database goes live, anticipated for the end of 2013. However transcripts for my interviews with Jann Haworth, Colin Self and Peter Blake together with write-ups on key artworks currently on display are available on the Gallery’s website. Ahead of the public lecture later this year I have also presented my research findings to the curatorial department’s team of volunteers, allowing them to be better informed about the Pop Art collection.

The research has given rise to shorter term curatorial projects that I have delivered. This includes related Pop Art and Portrait displays and an exhibition of Modern British collage drawn from the permanent collection, which I have curated to coincide with the Gallery’s forthcoming Eduardo Paolozzi exhibition. The exhibition features collaged portraits by Nigel Henderson, Colin Self and Peter Blake alongside prints from Paolozzi’s ‘Bunk series’ and Hamilton’s ‘Adonis in Y Fronts’. Influenced particularly by my opportunity to speak to Paul Moorhouse, curator of the National Portrait Gallery’s Pop Art Portraits exhibition in 2007, my selection emphasises the prevalence of the figure in British Pop Art and shift towards selecting, reproducing and redistributing pictures of people which emerged during the fifties and sixties.

The Bursary has had a substantial impact on my professional development, with further potential to build upon what I have so far achieved. The opportunity to undertake independent research has strengthened my knowledge of the Pop Art collection, enhancing my ability to curate informed collections displays and disseminate information to staff members, particularly the Gallery’s Learning Programme Coordinator with whom I work closely to devise interpretative material, and the curatorial department’s team of volunteer guides. By forging networking opportunities, I have also observed how similar organisations curate displays and exhibitions specifically around the theme of Pop Art and portraiture. The relationships I built with curators at Wolverhampton will enable us to share our knowledge and collections, with the possibility to collaborate on exhibition projects in the future. Furthermore, having completed a postgraduate dissertation exploring the portraits of Sickert at the Courtauld Institute (AHRC-funded) this project has allowed me to build upon my knowledge of modern British portraiture in a professional capacity, which is significant in realising my ambition to develop a specialism in this area. 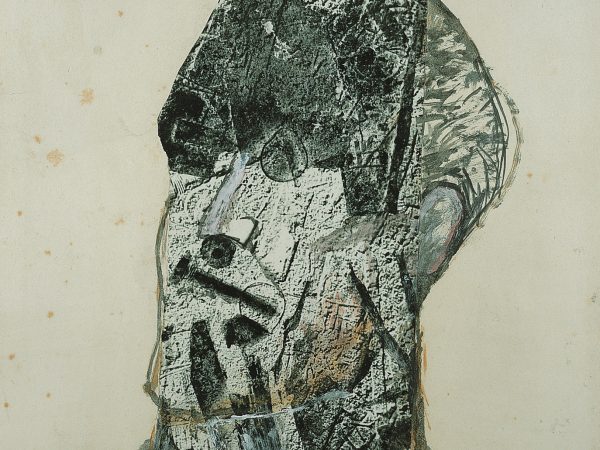 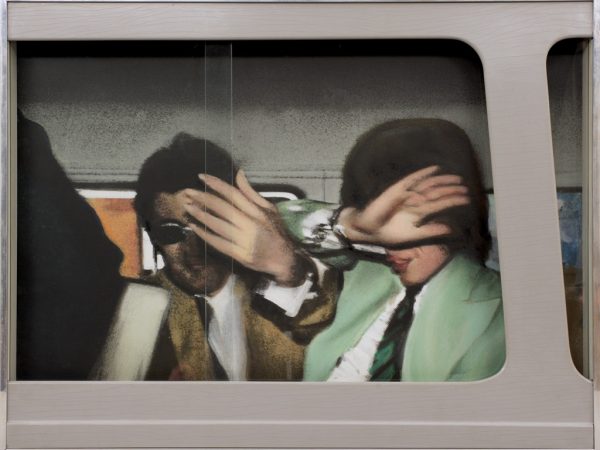 On the trail of British Pop Portraits by Katy Norris