You are here: Home Resources Toolkits How to Develop Learning Programmes and Audience Engagement with Portraits Case studies of learning programmes Case study: Hospital snapshots at the Bethlem Royal Hospital Archives and Museum 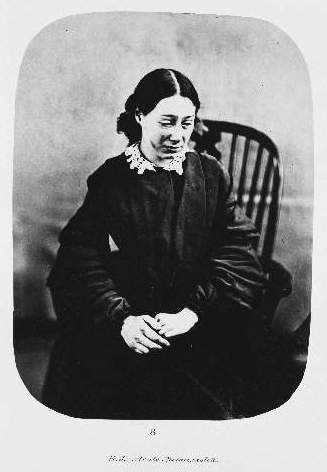 The representation of people with mental health issues or disabilities is particularly sensitive. Portraits of people with mental health illnesses can often be used to demonise or criminalise such people rather sympathetically consider the illnesses they have; particularly in the media (historically and today) and historically within the medical profession.

The Bethlem Royal Hospital Archives and Museum holds a number of collections of photographic portraits of people admitted to the asylum. The staff there are sensitive to issues of privacy around these collections while opening them up for research and publication, as well as confronting many myths around the nature of mental health illnesses and conditions in asylums.

One collection at Bethlem is the Henry Hering photographs, which consists of portraits of Bethlem patients taken in the late 1850s. Hering was a noted photographer of his day with his own studio at 137 Regent Street, good society connections and royal patronage:

It is likely that Hering was also attempting to document what was then known as the ‘physiognomy of insanity’; the idea that the face could reveal the essential nature within. Medicine at this point was attempting to classify mental illness and doctors saw the potential of the image for diagnosis.

Understanding British Portraits has given a small bursary to Caroline Smith to research these portraits, which are being showcased as a strand the archive’s blog site. The photographs chosen present information about the person depicted, what was believed about their illness, what was believed about the face from the photographs and the casebook evidence. These photographs and the material around them could easily be used in workshops to facilitate discussions around mental health, representation and portraiture.