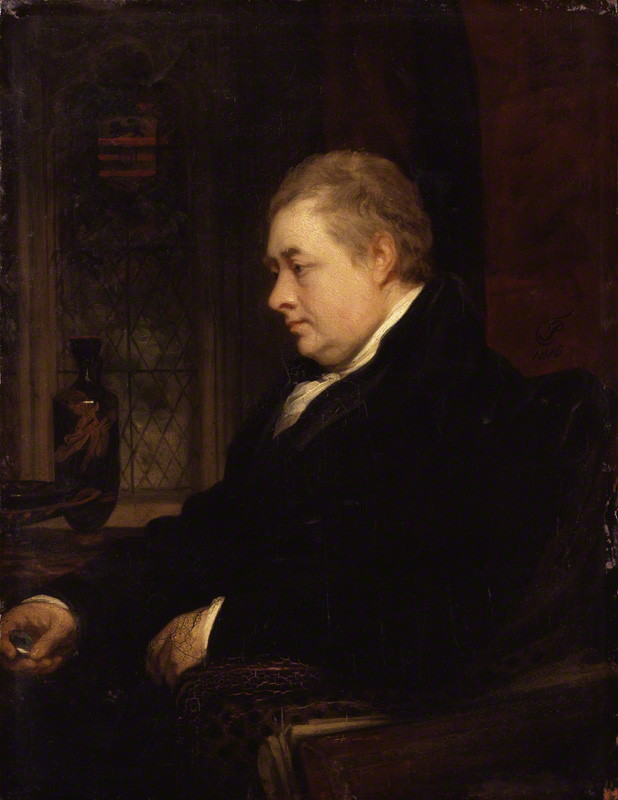 Starting with the artist’s monogram inscribed on the portrait, this example illustrates the use of the artist’s sitters book as a key to identify the sitter. The identification is confirmed by reference to an engraving of the portrait.

“[T]he cabinet portrait of the antiquarian Sir Henry Englefield (NPG 4659). This …was purchased in the sale-room, but it was not identified there. The only evidence to go on was the signature and date, ‘TP’, in monogram (for Thomas Phillips), ‘1815’. A copy of Phillips’ MS. sitters book is in the Gallery’s archive, and this showed that he had painted several portraits in 1815, including a small half-length of Englefield which was exhibited at the Royal Academy in the same year. A search through the Englefield file produced an identical engraving of the portrait, which proved the identification, and the picture was duly purchased for a moderate sum.” 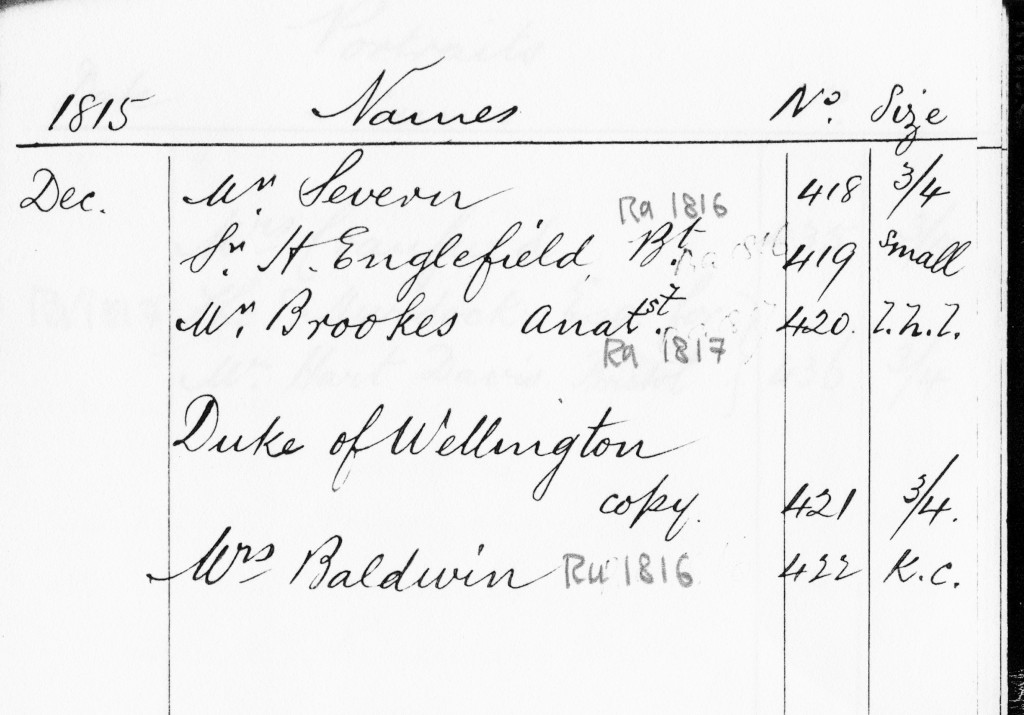