You are here: Home Reviews Allan Ramsay: Portraits of the Enlightenment exhibition, reviewed by Nel Whiting 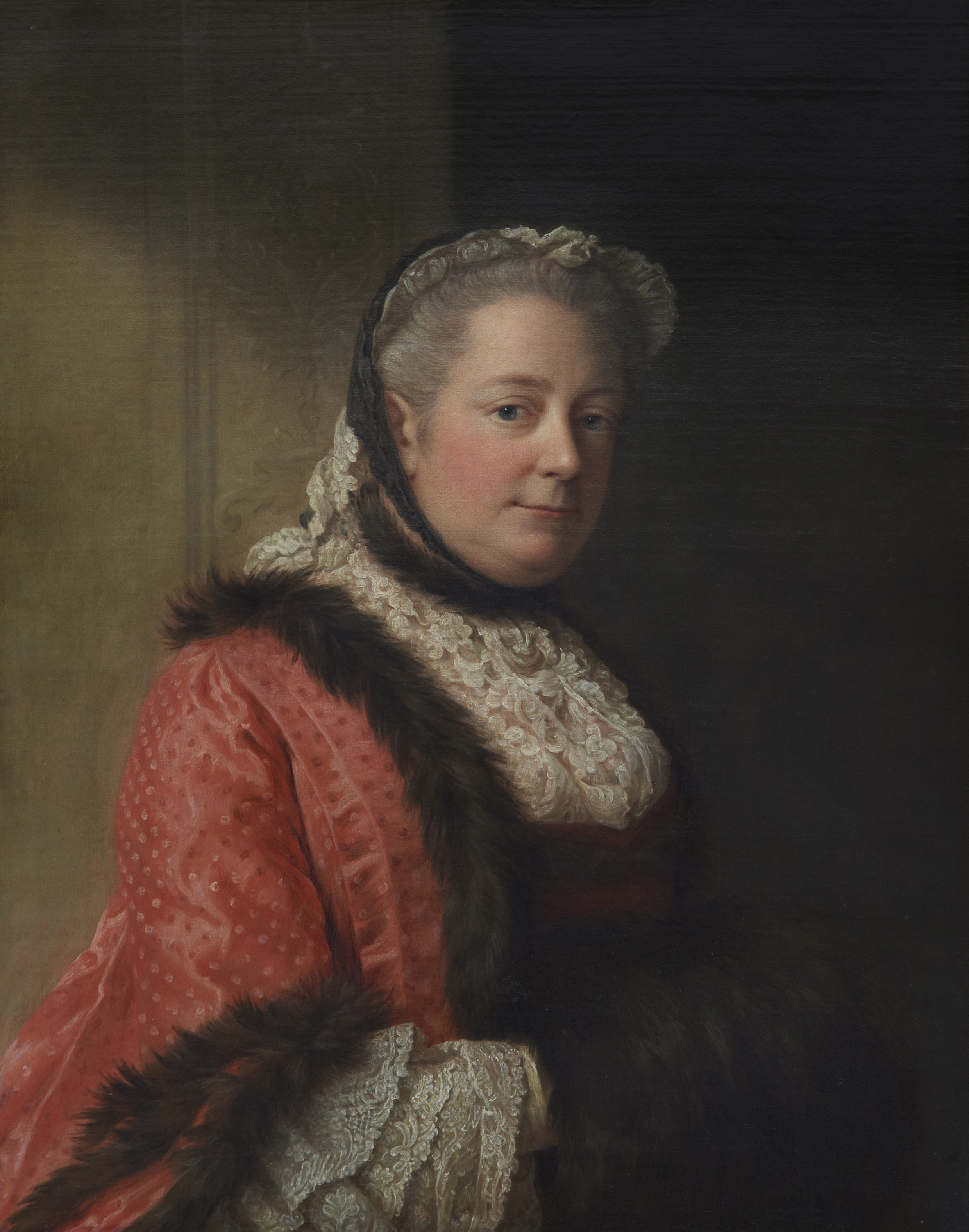 Organised to mark the tercentenary of Allan Ramsay’s (1713 – 1784) birth, this exhibition takes the opportunity of ‘Redefining Ramsay’s Reputation’, as the heading of the introductory text on the gallery wall makes explicit. The exhibition aims to reclaim Ramsay from the position of sometimes overlooked rival of Joshua Reynolds and place him firmly within the socio-cultural, intellectual and political broth that was the European Enlightenment. Allan Ramsay, the exhibition posits, was an Enlightenment man, and a proud Scot of the Union (that is holding an affinity with both Scotland and Britain concentrically) and these intertwined identities meant that he was engaged with the arguments and people of Enlightenment Scotland, Britain and Europe. It is a strongly argued thesis and one that is sustained throughout this excellently and tightly curated exhibition. The portraits are well chosen to highlight the Enlightened circles within which Ramsay moved; additional paintings and drawings (such as his watercolours of the Coliseum and academic drawings) add to the sense of Ramsay’s broader engagement with Enlightenment intellectual pursuits such as an interest in antiquity. The inclusion of tracts on taste, antiquarian discovery, the global economy and the British empire reveal a polymathic intellectual pursuit so valued in Enlightened circles.

The exhibition maintains thematic integrity with nothing included that feels like padding or that is irrelevant to the central thesis. There are, for example, no royal painted portraits, though there is one such image in the section of the exhibition which deals with the dissemination of Ramsay’s work through what Stana Nenadic has called the Enlightenment ‘popular passion for portraits’ in print culture. As Principal Painter in Ordinary to George III, royal portraits represent a significant part of Ramsay’s output, but their exclusion from this exhibition is entirely justified as they do not form part of the curator’s story of Ramsay the Enlightenment portraitist (beyond perhaps providing the stability and status to enable Ramsay to pursue his Enlightenment path). Famously, on his royal appointment, Ramsay told the Duke of Portland that he was no longer going to paint the ‘public’; henceforth, commissions he accepted were from those he really wanted to paint. Within this context friendship is a key theme and focus of the exhibition; friends and family formed important circles of influence and patronage which sustained Ramsay financially, socially, intellectually and emotionally throughout his life. The prolonged personal exchange between him and his friends/sitters is explored through the portraits. 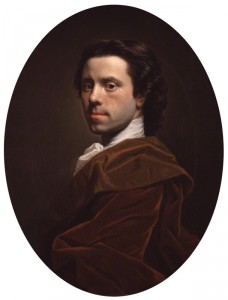 Most of the portraits on show are smaller head and chest pictures which eschew dramatic gestures and the clutter of props and create a sense of intimacy. An obvious exception, which serves as an instructive contrast, is the portrait of Dr Mead painted to take its place beside other similar portraits in the Foundling Hospital. The sitters look out at us and engage us as if in mid-conversation; there is a quiet immediacy and spontaneity to them. A stillness pervades the images and invites reflective engagement with them, similar to that called for in the works of French painters such as Chardin, whom Ramsay admired and by whom he was influenced. Indeed Ramsay’s own writing on taste shows  that he was trying to do something new with his art; he believed that ‘the representation of truth, and the real existence of things’ was where beauty lay. This led him to conclude that an artist had to do more than simply copy what is in front of him, to turn away from the classical ideal of human beauty and seek to show beauty from within. The result is a set of portraits stripped of extraneous detail with a focus on the face of the sitter and a resultant request that we engage with this at an intellectual and emotional level. Beauty from within is evident in his use of light which seems to emanate from within the head of the sitter or which forms a halo around it. It establishes pictorially their intellectual status. Given their visual construction, it is tempting to make ‘truth’ claims for Ramsay’s work, as if there is one truth in art and life, or to see in them windows into the souls of the sitters but this should be avoided. It is, however, important here to distinguish between a stated philosophical and visual decision by an artist to depict a sitter’s intellect and psychology with the ensuing portrait; no matter what an artist’s intention or explicit aim, a portrait is never an unmediated, uncomplicated window to a sitter’s mind. Ramsay’s cerebral serenity is as much an artful construction as any signification of status in the ‘grand manner’ found in the most swaggering work of Joshua Reynolds. The philosophical and political approach to art of the two artists was different and their sitters chose accordingly (often commissioning both depending on when, where or why the portrait was being commissioned).

Portraits of women feature strongly in the exhibition, not simply in a tokenistic way but as a substantive aspect of the display. The exhibition convincingly claims for Ramsay a distinctive and important contribution to the portrayal of women in the history of art. The oft-quoted phrase that in comparison to Reynolds, Ramsay was ‘formed to paint’ women is taken not as a point to prove or disprove but as a starting point to explore what contemporaries saw as different in Ramsay’s work and why so many ‘women of sense and education’ turned to him to portray them. Ramsay sought to capture these women as intellects rather than some of the less contentious roles ascribed to women at the time as mother, wife or muse. The same approach as with his portraits of men is employed; the direct gaze, the pared down background and sense of immediacy. Indeed the immediacy of the portrait of Mary Hervey is so great that she is seen, hands in muff and walking forward about to exit a door. One can almost hear her say ‘Yes, speak, but you’ll have to be quick as I am about to go’. That Ramsay’s portraits still show  women as resolutely feminine (in dress and posture) captures perfectly the tension of women as a subject of Enlightenment discourse; that recognising women as fully sentient beings was a mark of Enlightened thought but a too explicitly opinionated a woman was still viewed as unnatural. The fact that the portraits so utterly display this complex discursive friction underlines the importance of portraits not only as aesthetic objects but also as significant primary sources of historical socio-cultural research.

The exhibition is accompanied by an excellent catalogue with contributions from several curators and academics on a range of themes reflected in the exhibition. These include Ramsay’s position as a key Enlightenment figure, his relationship with and portrayal of women and his painting technique. This is more than a fine exhibition catalogue, it is a well-researched, thoughtful, timely and welcome contribution to the body of academic literature on this key figure in Scottish, British and European art.