You are here: Home News Catholic history and art in Berkshire – a study day to Douai Abbey and Englefield House by Matthew Williams and Sandy Gardner 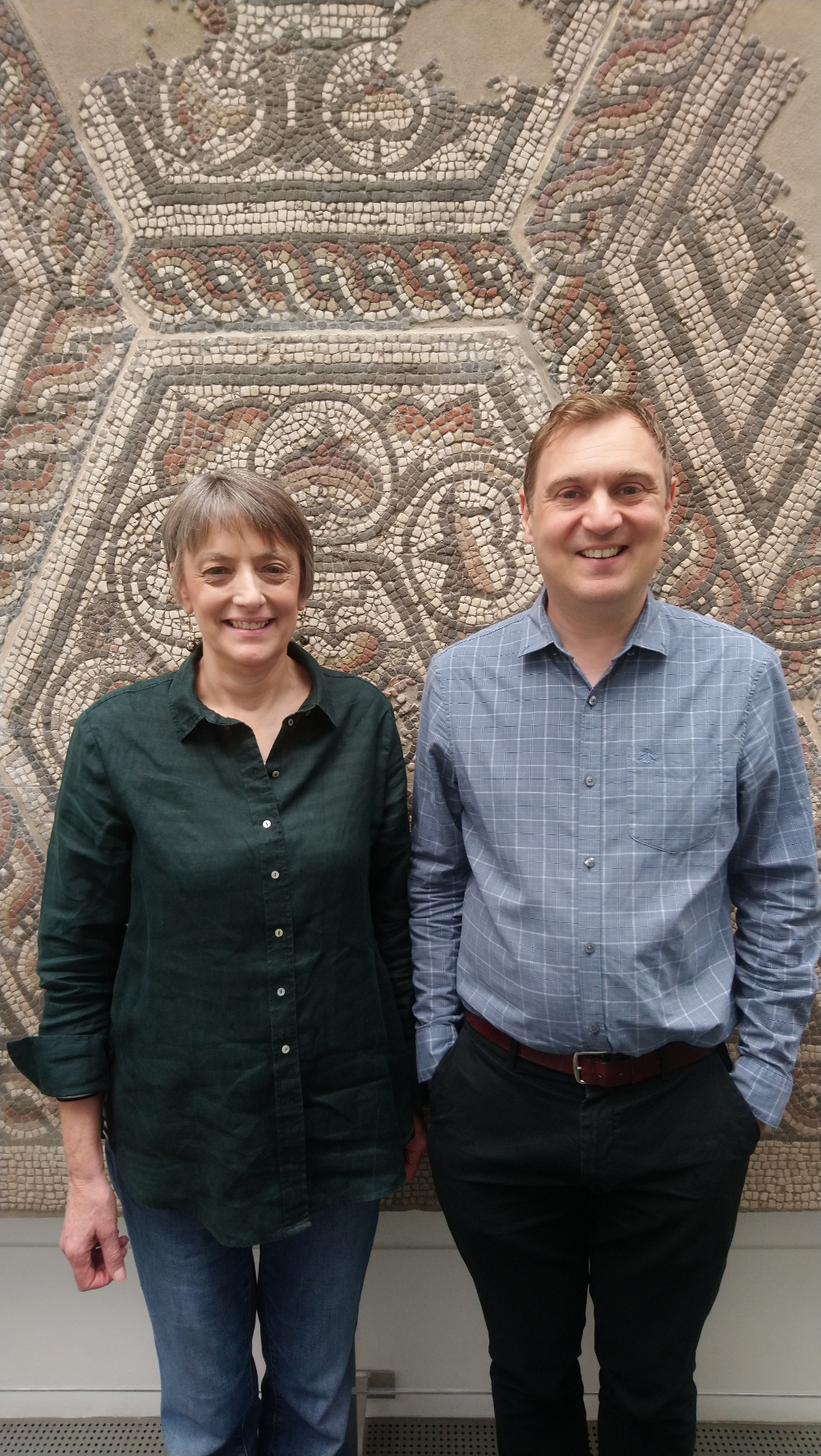 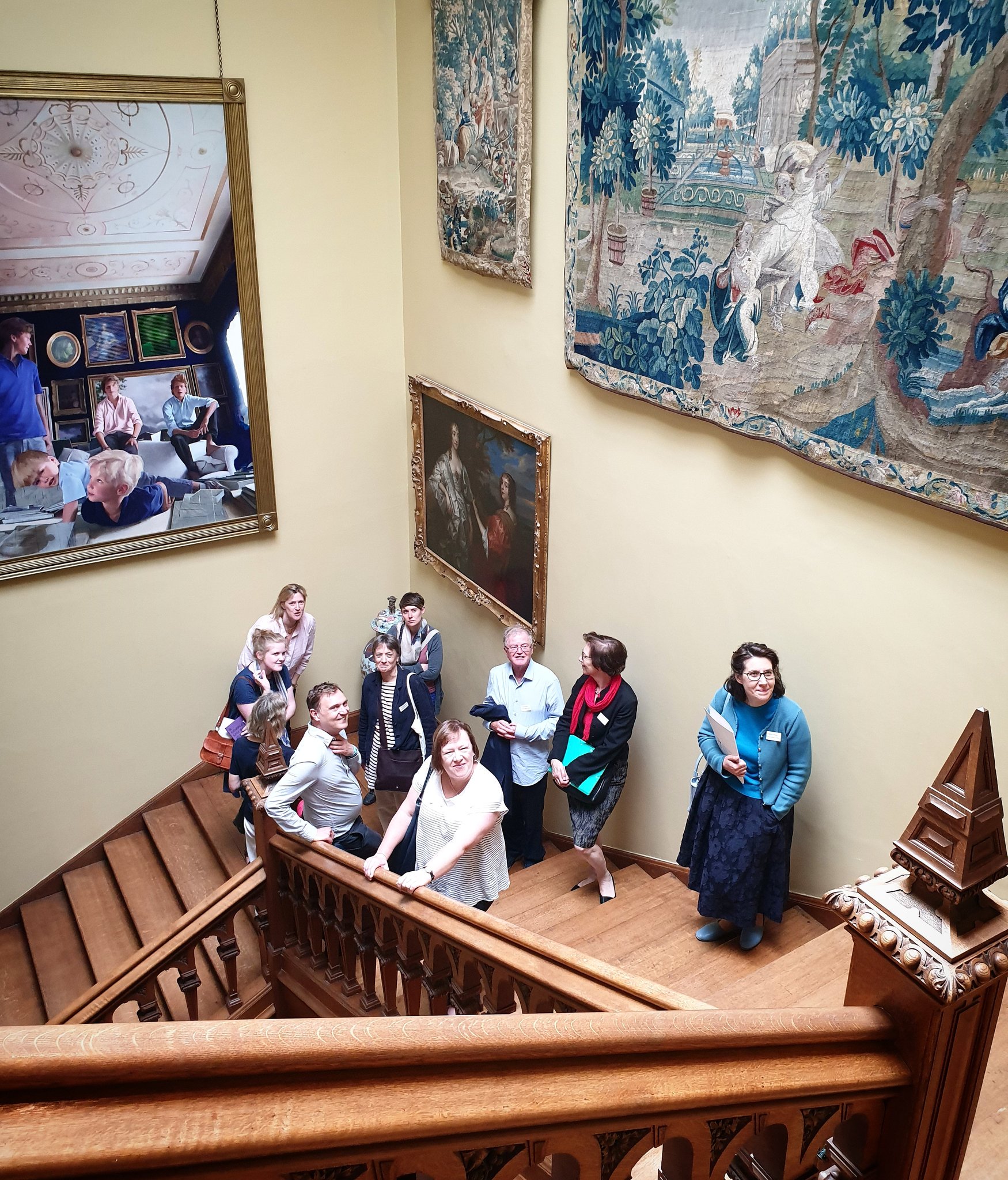 July’s study day was too good an opportunity to miss, with expert-led tours of two contrasting private collections right on Reading Museum’s doorstep. We hoped that the day might reveal new insights and links to our museum’s own collections including portraits, and we were not to be disappointed.

The morning started at Douai Abbey in Woolhampton, a Roman Catholic Benedictine monastery. It was founded in Paris in 1615, and removed to Douai in French Flanders post-Revolution, before settling in Berkshire in 1903. Our host was the very enthusiastic and well informed Abbot Geoffrey Scott.

The Abbey’s collection includes portraits of members of the Benedictine and other religious orders as well as English Catholic exiles, spanning the last 400 years. We were also able to examine some finely worked ecclesiastical vestments, decorated with floral motifs and coded references to the Catholic faith, dating from the mid-seventeenth century. A highlight of the tour was the portrait of Mother Mary Margaret of the Angels Wake (1617-78), depicted on the eve of her adoption of the habit of an English Carmelite of Antwerp in 1633, when she was 16. In 1665 she was elected Prioress. This is believed to be the earliest known portrayal of an Englishwoman as a ‘bride of Christ’. As befits the daughter of a wealthy merchant Mary wears a floral silk gown embellished with pearls, lace and silver thread and she holds an ostrich feather fan. There is speculation that the fan and elaborate lace collar shown in the portrait could be family pieces as her elder sister is shown wearing similar items in a portrait by van Dyck painted on her marriage to Peeter Stevens in 1628. 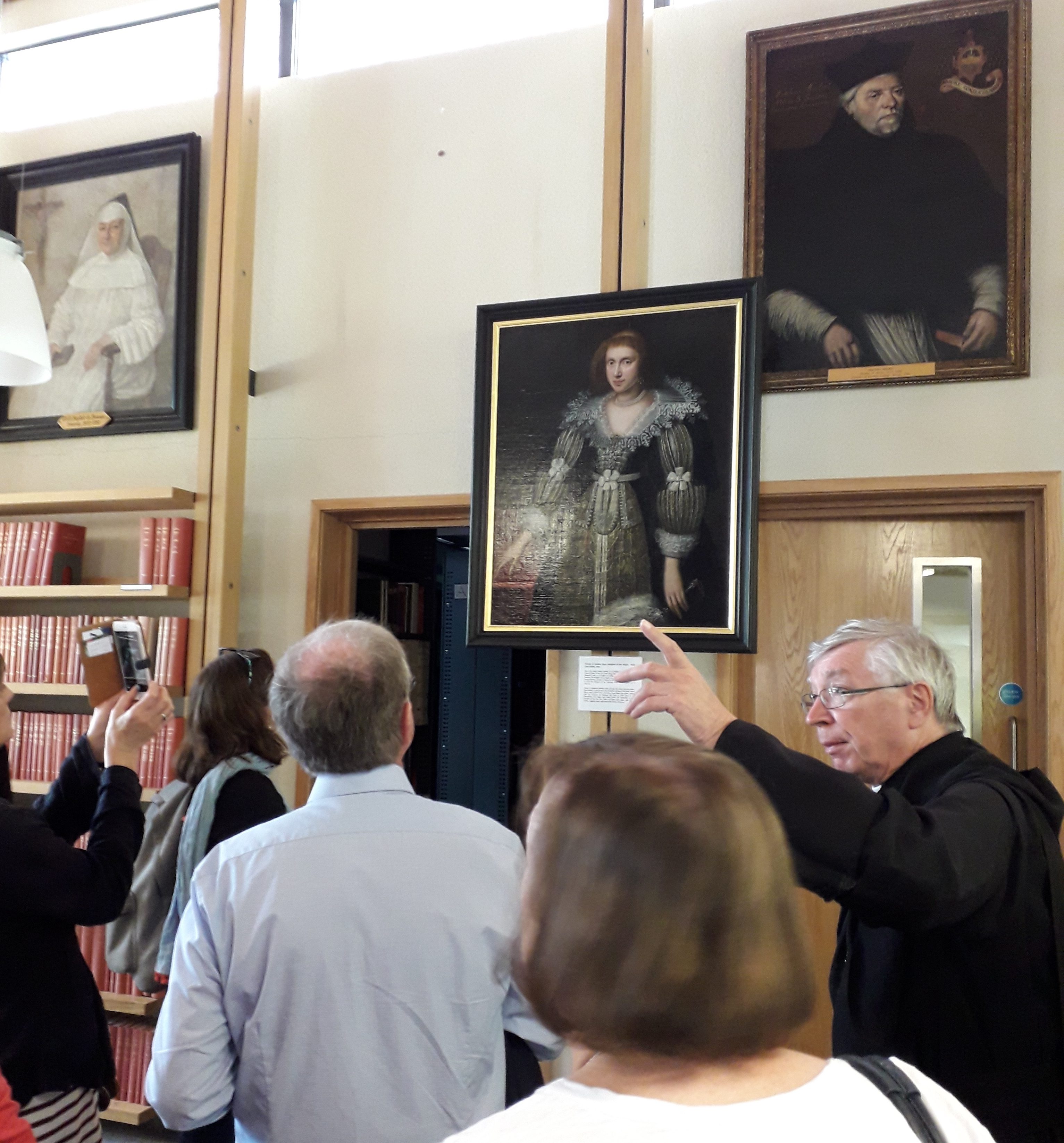 Douai’s impressive modern library also housed a medieval carving of a king’s head from Reading Abbey. It is believed to be a representation of King Henry I, who founded Reading Abbey in 1121. This could be the only surviving contemporary image of the king who died in 1135 and was buried in front of the abbey’s high altar in 1136. This unexpected connection was of particular relevance to Reading Museum’s recent major project to interpret and conserve the ruins of Reading Abbey.

The afternoon session at Englefield House was led by Mrs Zoe Benyon. The Englefield family lost the estate in 1583, when Sir Francis was implicated in the Catholic Throckmorton Plot to assassinate Elizabeth I. The house and estate were gifted to Sir Francis Walsingham, one of the queen’s principal advisors, from whom the current owners, the Benyon family, is descended.

Mrs Benyon gave us an insight into the frustrations and excitement of curating such a large and varied collection of family portraits, which includes a Constable ‘portrait’ of the house. The family story about Constable’s commission gives an insight into the tension between artist and patron as Richard Benyon objected to the presence of cows in the foreground, saying he, ‘didn’t live in a farmyard’. Constable reluctantly painted them out but their ghostly presence can still be seen behind the more stately deer that replaced them! The family portraits cover the period from the sixteenth century to the present day and, as at Douai, new portraits are still commissioned. 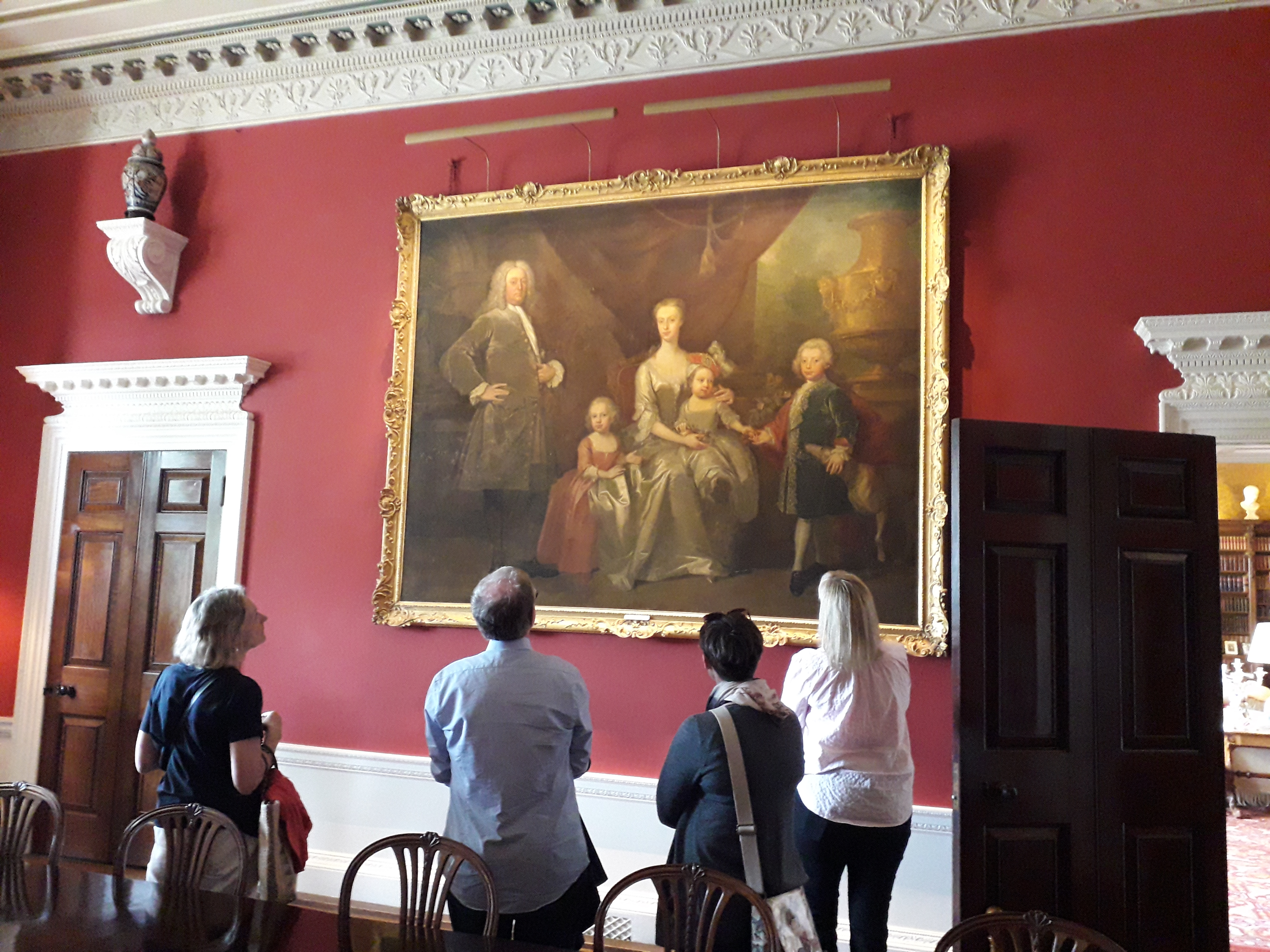 We also learnt that the Englefield estate includes Ufton Court, another historic home with Roman Catholic connections, which is now an educational centre for local children. Earlier that day we had seen an altarpiece from Ufton Court in Douai’s refectory, while Reading Museum’s collection contains a small-scale portrait of Arabella Fermor painted around 1705. Arabella was immortalised as Belinda by Alexander Pope in The Rape of the Lock (1712), which satirised the rift between her family and her suitor Lord Petre who stole a lock of her hair. Arabella later married Francis Perkins of Ufton Court.

This was a well organised and very enjoyable day providing an opportunity to see collections not normally open to the public, and to meet and share knowledge with others interested in art and history.

Posted in Blog by Matthew Williams on October 1st, 2019.