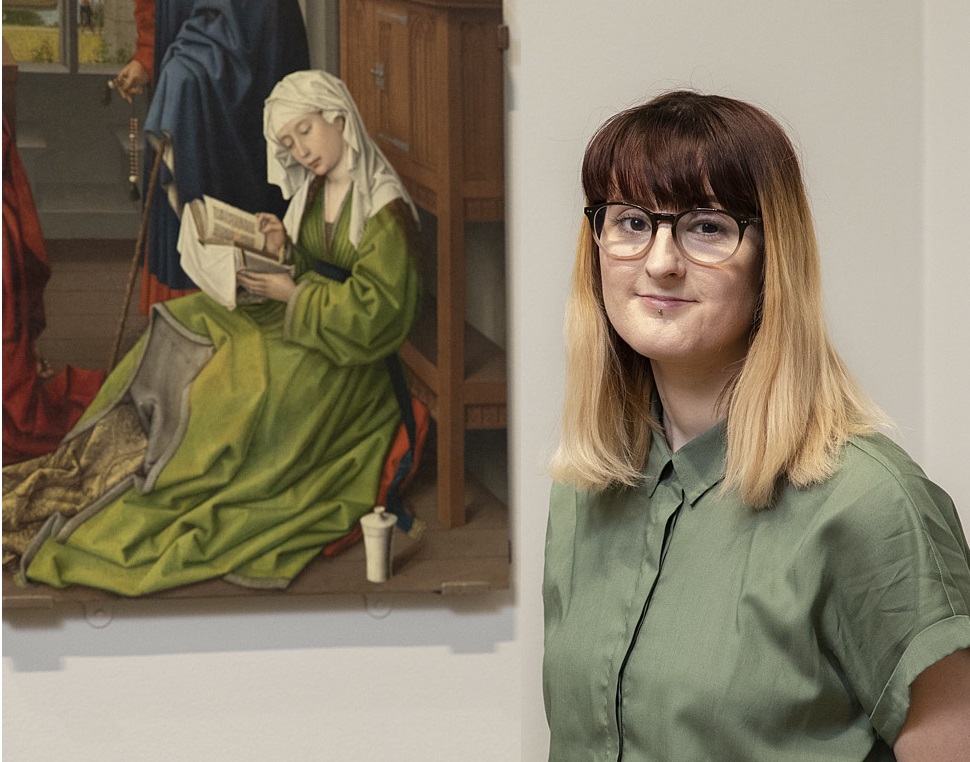 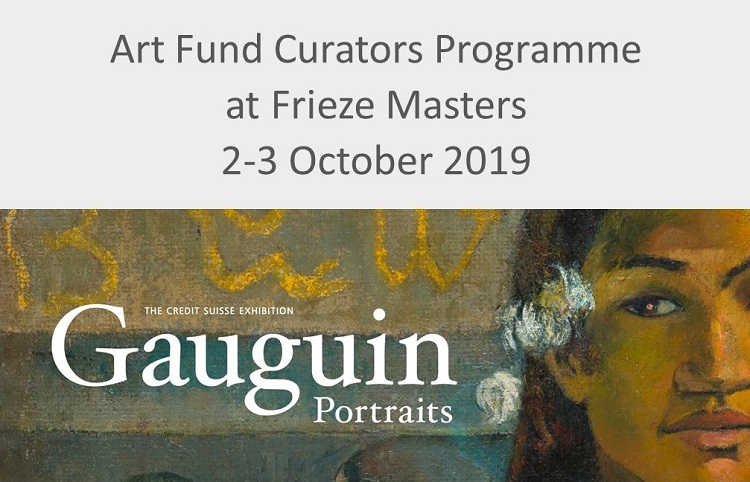 In its fourth year, the Art Fund Curators Programme at Frieze Masters was undertaken in partnership with the National Gallery and, for the first time, the National Portrait Gallery. In previous years international and national curators were invited to discuss Periods and Schools, while this year was the first to explore a theme – portraiture. On the first day of the programme, delegates were welcomed at the National Gallery by Susan Foister, National Gallery Deputy Director, and Sarah Philp, Director of Programme and Policy at Art Fund, and encouraged to explore the role of identity, and questions of representation and patronage within the genre of portraiture.

Christine Riding, the Jacob Rothschild Head of the Curatorial Department for the National Gallery, gave introductory remarks to the Gauguin Portraits exhibition at the National Gallery (7 October 2019 – 26 January 2020). This was followed by a curator-led visit with Chris Riopelle, the National Gallery’s Neil Westreich Curator of Post 1800 Paintings, who highlighted that this was the first exhibition to examine Gauguin’s work through the lens of portraiture and to explore the breadth of the term ‘portrait’.

Gauguin Portraits provided an opportunity to reflect on how the painter shifted the focus of portraiture, moving away from simply capturing a likeness towards the representation of different levels of experience, pushing the boundaries of what a portrait could be and thus laying the foundations for the emergence of modern 20th century art.

At the National Portrait Gallery participants were welcomed by Director Nicholas Cullinan, before a visit to the exhibition Elizabeth Peyton: Aire and Angels (3 October 2019 – 5 January 2020) with Lucy Dahlsen, Associate Curator for 20th Century to Contemporary. In addition to being exhibited in the temporary galleries, Elizabeth Peyton’s works are also placed in dialogue with the NPG’s historic collection, allowing viewers to create new connections between historic and contemporary figures and encouraging them to look at works differently.

The second day of the programme continued at Frieze Masters. Nathan Clements-Gillespie, Artistic Director at Frieze Masters, chaired a conversation between Nicholas Cullinan and Courtney J. Martin, Director of the Yale Center for British Art. One of the main topics of discussion was that in recent years museums and galleries have been considering new ways to display collections, thinking about how to encourage people to have more agency in their museum experiences. Delegates reflected on digital accessibility and the vast potential of digital engagement opportunities, acknowledging that these benefits must be in balance with a focus on engagement with physical collections. The point was made that the ‘real’ and the digital world can co-exist as they do in most of our lives, and it was noted that embracing rather than opposing digital integration could provide new layers of experience, for example, a user-led approach allowing information to appear in different ways for different audiences. However, the issue was raised that smaller galleries and museums may be limited in their ability to reach out and engage in this way due to lack of funding, capacity and resource. Programmes such as the Art Fund Curators Programme can provide networking opportunities for museum professionals across the UK and internationally were highlighted as extremely valuable for sharing ideas and recognising that both small and large institutions face some of the same challenges.

Following this was a discussion about access points to museum and gallery venues, including barriers to both ticketed and free public institutions. Whilst being free to enter, free admission venues that are open to the public may face issues such as how to manage visitor expectations and making sure people do not miss out if they are unfamiliar with navigating around museum spaces. Making museums more diverse and representative was top of the agenda both nationally and internationally. Delegates spoke about the great value in providing formative experiences for young people and their families, in the hope of increasing their familiarity with cultural venues to encourage engagement throughout their lives, as well as reaching older people towards the end of their lives through access communities. It was recognised that becoming more representative involves a learning process in order to effectively tell a broader range of narratives for current and future audiences. However, it was noted that museum professionals should guide and manage this process of change by both inviting responses and listening to audiences.

The programme continued with a workshop chaired by Christine Riding and Lucy Peltz, Head of Collection Displays and Senior Curator of 18th Century Portraits at the NPG. Issues around portraiture were considered from the curatorial point of view, look at, for example, what kinds of information should appear as gallery text and the role of labels in negotiating and improving visitor experiences. Questions about what types of information audiences want to find were noted, and delegates spoke about whether the aim should be for artworks to be experienced visually first, before offering visitors supporting biographical or technical background information, to promote thinking of artworks as visual objects. Finding alternatives to presenting information in an entirely scholarly way was mentioned, as well as recognising opportunities to be playful, show humour and be self-aware, not just as cultural institutions, but also as venues made up of people. The challenge of speaking to different audiences simultaneously was also highlighted, with the use of technology suggested as a potential solution.

Delegates also considered questions such as whether labels should be neutral or express opinions, particularly in relation to the challenges of presenting ‘uncomfortable truths’ for museum audiences. It was suggested that as interpretations evolve, it is vital to reach out and build relationships with different community groups to open up museum and gallery experiences to more people. In addition, re-addressing divisive artists could also offer prime opportunities to engage with problematic themes from new perspectives. Examples of institutions working with living artists to curate collaboratively were mentioned, while revisiting and updating collection policies to include artists from a broader range of backgrounds were discussed as a way of addressing issues of representation and identity.

In conclusion, there was a consensus that museums and galleries can provide impartial spaces that embrace opportunities for dialogue, with curators working collaboratively to facilitate these conversations.