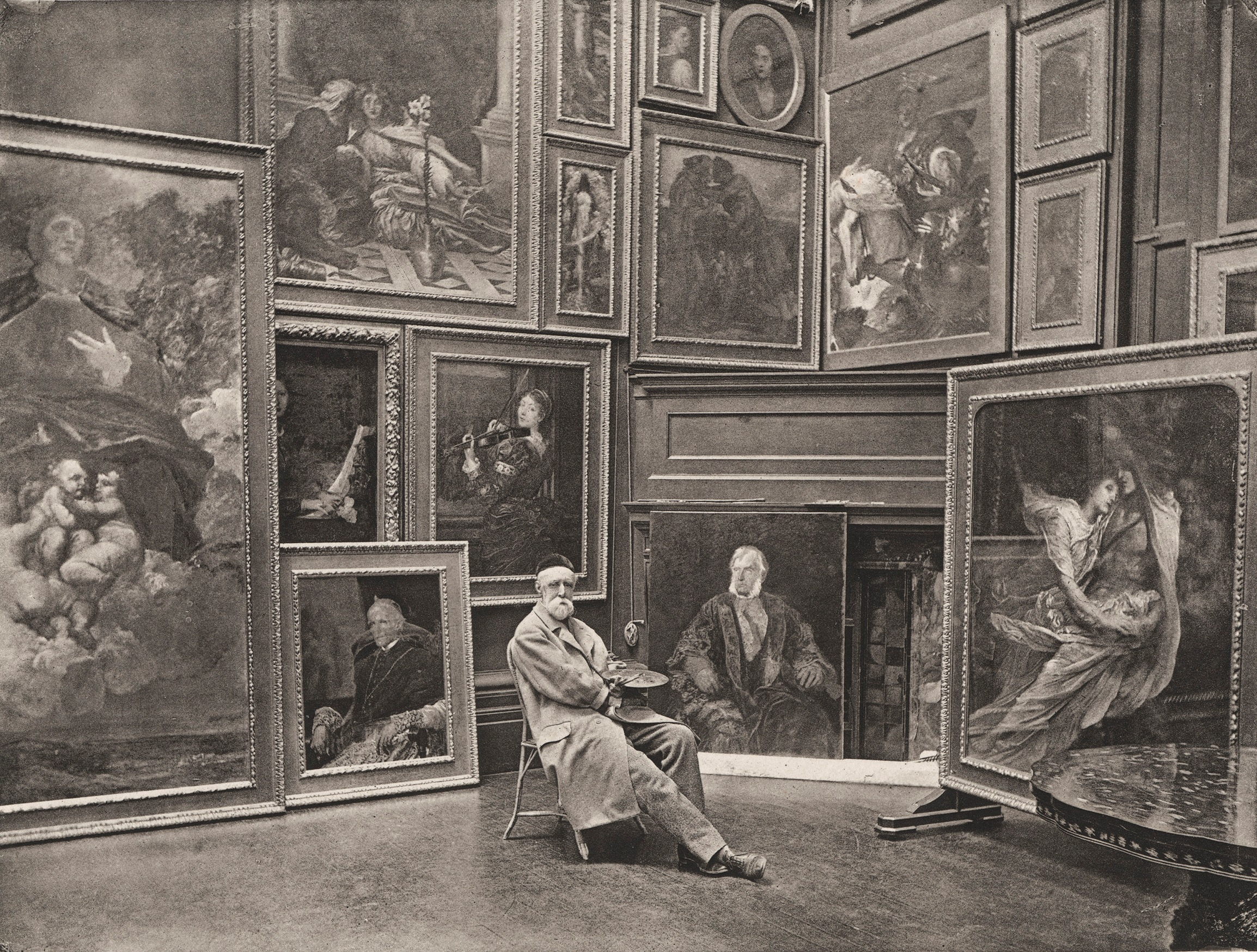 Idealistic, spiritual and known as the ‘Signor’ to his intimate friends, George Frederic Watts was one of the most sought after portrait painters of the Victorian age. Soon Watts’ correspondence will be fully searchable online, opening a resource to discover this significant artist as well as the culture of Victorian celebrity.

After Watts’ death in 1904 the collection of his letters were amalgamated and assembled by Watts’ second wife Mary Seton Watts in order to write his biography. The letters span his adult career and include correspondence from almost all genres of Victorian fame; artists, writers, statesmen, philanthropists, churchmen, patrons, professors, art specialists and the gentry. Now thanks to funding from The National Archives Cataloguing Grants Programme the Watts correspondence will be catalogued at item level with each letter described in detail, enabling a fully searchable resource with a selection of digitised items, providing a ‘Who’s Who’ of Victorian England. 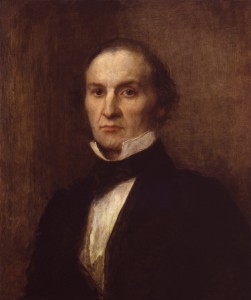 As the Archive Cataloguer in this project I am immersed in the world of this eccentric painter. Reading the scrawled letters I imagine Watts sitting at his studio at Little Holland House, Kensington, writing letters of courtship to the grandest men of his era, men he saw as definers of the British nation. Watts found his calling from an early age: to collect portraits for his ‘Hall of Fame’, a legacy of work to leave to the nation. Watts knew how to create a reputation for his contemporary audiences and actively chased persons of creative or intellectual gifts and visionary or idealistic outlooks.

The letters reveal the stories of these courtships. Watts writes to Prime Minister William E. Gladstone in 1894, ‘The picture was not a commission but done by me as part of my contribution to the history of the Epoch, and to be placed with other works (about 40) at the disposition of the nation’.

Watts created an aura of ‘celebrity’ around his work and his selection of great men to be included in his ‘Hall of Fame’ was a salute to being a ‘somebody’. In 1872 Alfred Lord Tennyson wrote to Watts asking him to ‘take the portrait’ of James Martineau, who, as Tennyson describes is ‘certainly one of the noteworthy men of our time, and a friend’. 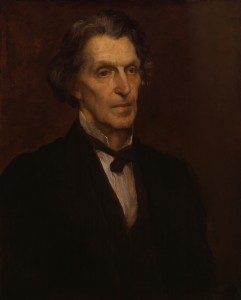 Not only does the Watts correspondence illustrate Watts’ importance as a ‘celebrity’ painter, they also reveal stories behind the paintings of England’s great men. Within the letters between Watts and the Earl of Roseberry, who was famously married to Hannah de Rothschild (and their marriage was often speculated upon), the Earl writes in 1892 ‘your portrait of my wife is perhaps my most prized possession. It travels with me from place to place and is an enduring solace’.

Watts’ portrait painting of ‘great Victorian men’ and his success in doing so is a tribute to the Victorian passion for celebrity culture, the transformation process of individuals into symbolic, everlasting archetypes of society. The collection of paintings and archive of his correspondence is a testament to this, figures such as; W. E. Gladstone, Dante Gabriel Rossetti, Alfred Lord Tennyson, John Everett Millais, Cecil Rhodes, Cardinal Manning, the Earl of Shaftesbury and many more feature in the correspondence.