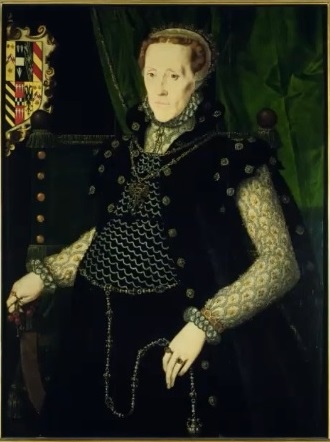 The painting of Mildred Cooke is one of the earliest examples of an English ‘pregnancy portrait’. This type of painting was rare at the time, as pregnancies were not often shown in portraits prior to the 20th century.

It was made by Flemish painter Hans Eworth in c.1563, presumably in London. It has descended through the Cecil family and is now owned by Robert Gascoyne Cecil, the 7th Marquess of Salisbury and Chancellor of the University of Hertfordshire.

Professor Karen Hearn said: “The portrait of a clearly pregnant Mildred Cooke was made only five years after Queen Elizabeth I came to the throne, when everyone assumed the Queen herself would marry and have children of her own. Although historically many women spent much of their adult lives being pregnant, it has always been rare for portraits to depict a woman as visibly pregnant. There are, however, a number of examples from Elizabethan and Jacobean Britain, and my talk considers why this is the case.”

Karen Hearn was the Curator of 16th and 17th Century British Art at Tate Britain in London from 1992 to 2012 and is now an Honorary Professor at University College London. She curated the Portraying Pregnancy exhibition at London’s Foundling Museum in 2020.