You are here: Home News Richard Cosway’s ‘Mrs Townley’, and the question of attribution by Tamsin Foulkes

Richard Cosway’s ‘Mrs Townley’, and the question of attribution by Tamsin Foulkes 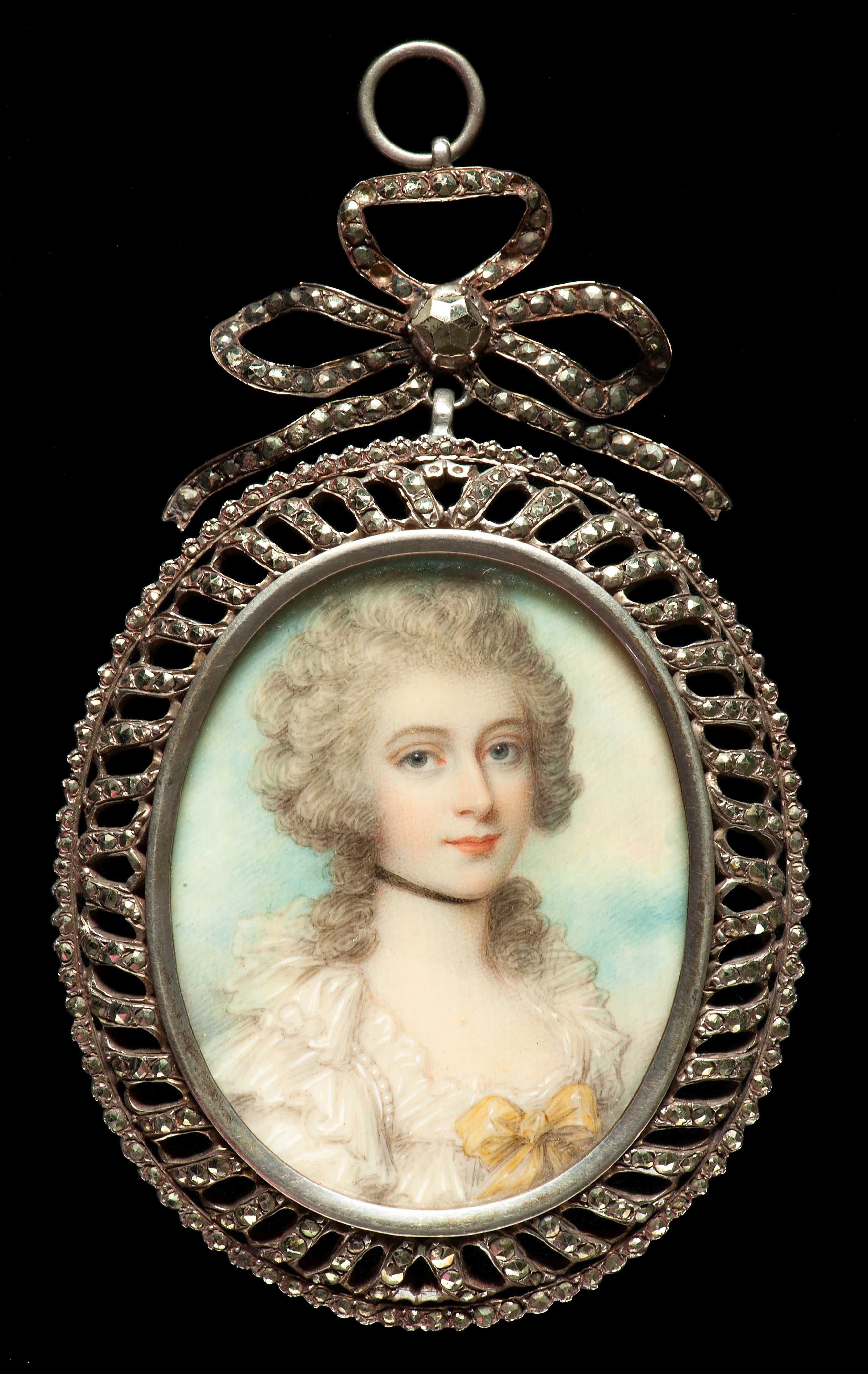 The Barber Institute of Fine Arts’s exhibition Close to the Heart (1 February – 5 May 2013) features around fifty mostly British miniatures dating from the seventeenth to the nineteenth centuries. Half of them are on loan from an eminent UK private collection largely assembled around 1890-1920 on the advice of George C. Williamson (1858-1942), who wrote extensively on miniatures during the first half of the twentieth century. This collection contains many superb and genuine examples of the work of the leading miniaturists of the later eighteenth century, such as George Engleheart (1750-1829) and John Smart (1740-1811). But, as a result of greater scholarly knowledge developed over the last few decades it is now believed that some of Williamson’s identifications were mis-guided. The same has been suggested, incidentally, for the contents of the four-volume catalogue of miniatures Williamson produced for the American plutocrat J. Pierpont Morgan’s collection in 1906-8. 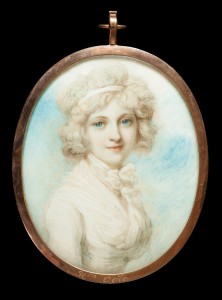 Richard Cosway’s (1742-1821) Mrs Townley (top left), lent from this UK private collection, became part of an intriguing discussion on attribution or perhaps in this case, mis-attribution, between myself and Dr Stephen Lloyd (Curator of the Derby Collection at Knowsley Hall). Williamson stated in his catalogue of the collection (1916) that it is a genuine Cosway, yet on placing it alongside the artist’s Portrait of Mrs Ogle (right) from the same collection, it became clear that although much of Cosway’s style has been replicated – the rapidly yet accurately placed brushstrokes, the cloudy and clear blue background, and the hair and drapery merely suggested, taking advantage of the translucent quality of the ivory support – the portrait of Mrs Townley lacks an overall subtlety of modelling. 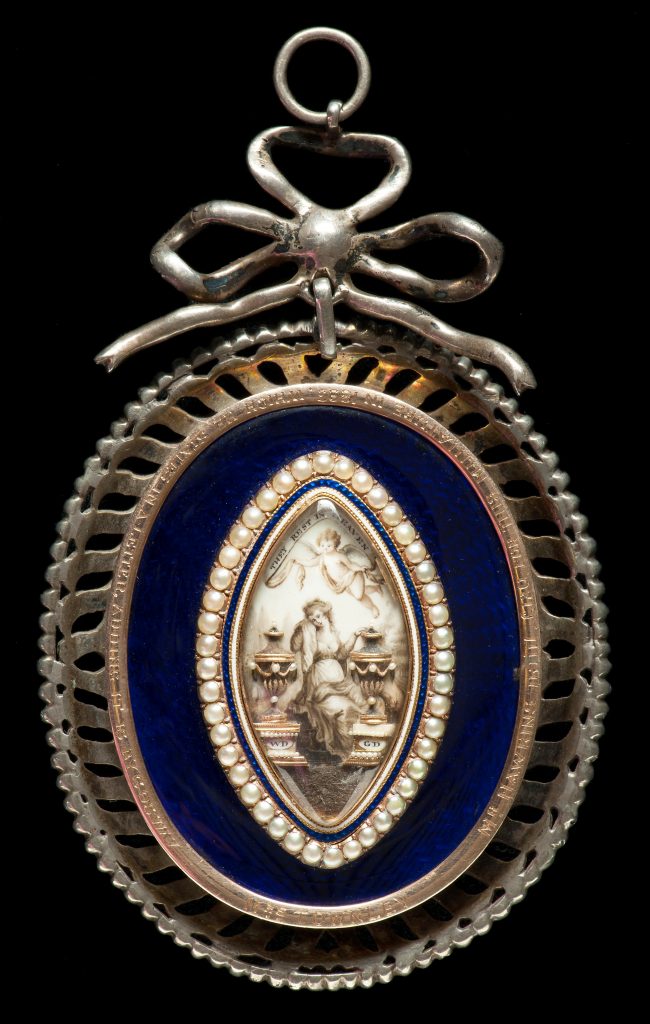 Of course these observations are highly subjective but as Williamson himself comments in The Miniature Collector: A Guide to Collectors for Old Portrait Miniatures (1921), Cosway was probably one of the most copied artists during the eighteenth and nineteenth centuries with numerous fakes and forgeries of his work appearing on the art market. In his chapter on forgeries, Williamson warns collectors that the only way to be sure of a genuine Cosway is to test the blue pigment in the background, it becoming increasingly hard to acquire this as the eighteenth century progressed. It was whilst carrying out research for the Barber’s display that I became intrigued at how Williamson became such a successful and trusted expert when he was apparently making so many dubious decisions. Clearly further research needs to be carried out on this fascinating but unreliable cataloguer and writer on art.

The identification of the sitter as Mrs Townley has also been questioned. If this miniature is indeed a later pastiche, she would have been a tempting choice, since she was one of Cosway’s closest friends and a long-standing patron, and so a likely and attractive subject. She bore the same name as another of Cosway’s friends and patrons, Charles Townley, the celebrated collector of classical sculptures now in the British Museum. The ornate frame and the memorial tablet on the reverse (left), showing a figure sitting between two funeral urns inscribed with initials, are charming additions in their own right which enhance the appeal of the object – but could they have also originated in the forger’s workshop or perhaps been taken from an authentic late eighteenth-century miniature?