You are here: Home News The Tudors and the Victorians: Royal connections with Woburn Abbey by Carly Collier

The Tudors and the Victorians: Royal connections with Woburn Abbey by Carly Collier 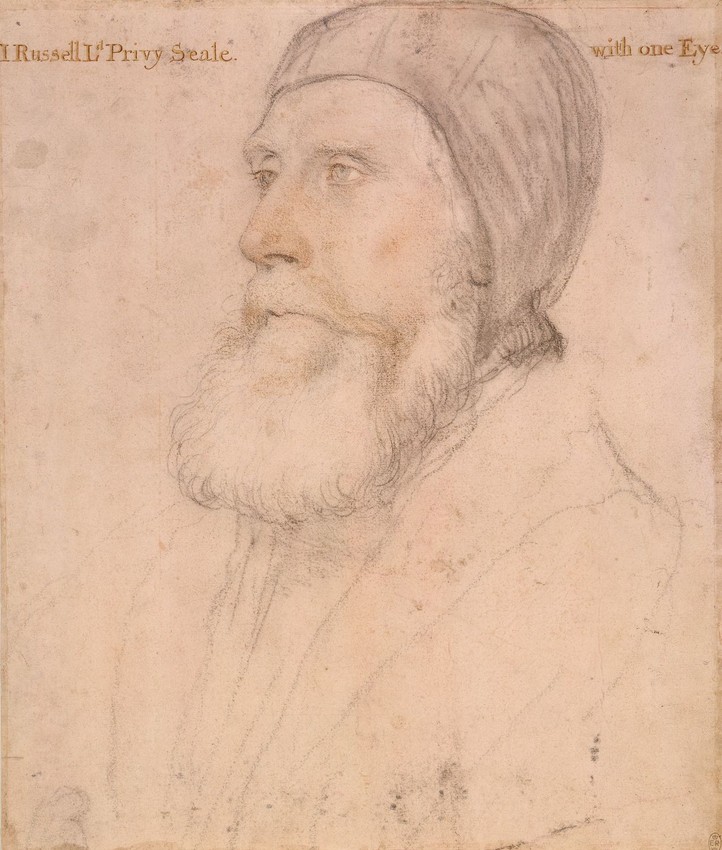 As one would expect of a family seat, portraits have historically been – and continue to be – a vital component of the decorative scheme of Woburn Abbey. A number of spaces in the main house are devoted to didactic dynastic displays: from the Grand staircase, which provides a visual lineage of the Russell family from the sixteenth century onwards; to the Duke’s Corridor, in which portrait miniatures, busts and large oils are harmoniously integrated; and the Long Gallery, for which an inventory of c.1700 reveals a hang of around 100 or so family pictures. In addition to functioning as illustrative proof of the power and prestige of pedigree and familial connections, such displays allow the viewer to trace the stylistic evolution of portraiture, its tropes and conventions. Amongst the many manifestations of status and magnificence by leading portraitists such as Van Dyck and Reynolds, somewhat counterintuitively one of the works which particularly stuck in my memory was the anomalous portrait of Louisa Russell, wife of the 12th Duke of Bedford, by Pietro Annigoni which is arresting in its very ordinary depiction of its subject (requested by the Duchess herself).

The portrait collection at Woburn does not wholly comprise of representations of immediate and wider family members, however, and it was with another group of portraits that my attention especially lay. Incumbent upon courtiers for many centuries was the requirement to tangibly demonstrate one’s loyalty to the sovereign, and the Woburn collection is, unsurprisingly, rich in royal portraiture, especially spanning the Tudor and Stuart periods. Given my role in the Print Room of the Royal Collection, I couldn’t help but be drawn to an impression of Francesco Bartolozzi’s very familiar stipple engraving after Holbein’s portrait drawing of John Russell, 1st Earl of Bedford, published in Imitations of original drawings by Hans Holbein, in the collection of His Majesty (1792). Framed and hung below a painting of Henry VIII, whom Russell served with dedication, the print made for an interesting contrast with a later oil portrait of Bedford hung on the Grand Staircase; whereas Holbein drew his subject in three-quarters profile, which minimised the appearance of Bedford’s missing right eye, the author of the painting presented him fully-frontal, with his disfigurement clearly visible.

The jewel in the crown of the royal portraiture at Woburn is undoubtedly the painting known as the Armada Portrait, one of three principal versions of a portrait of Elizabeth I which commemorates her victory over the Spanish Armada in 1588. Probably the stand-out moment of the day for me was having the opportunity to study this painting (happily hung at eye-level to facilitate close looking) in the flesh for the first time. This experience was greatly heightened by an engaging mini-presentation by Charlotte Bolland, project curator of Making Art in Tudor Britain at the National Portrait Gallery, on very recent technical research carried out on all three of the principal versions, which has raised significant questions regarding authorship and production. Of the three works, that at Woburn is especially noteworthy, as it has not been overpainted or altered, retaining its landscape format. 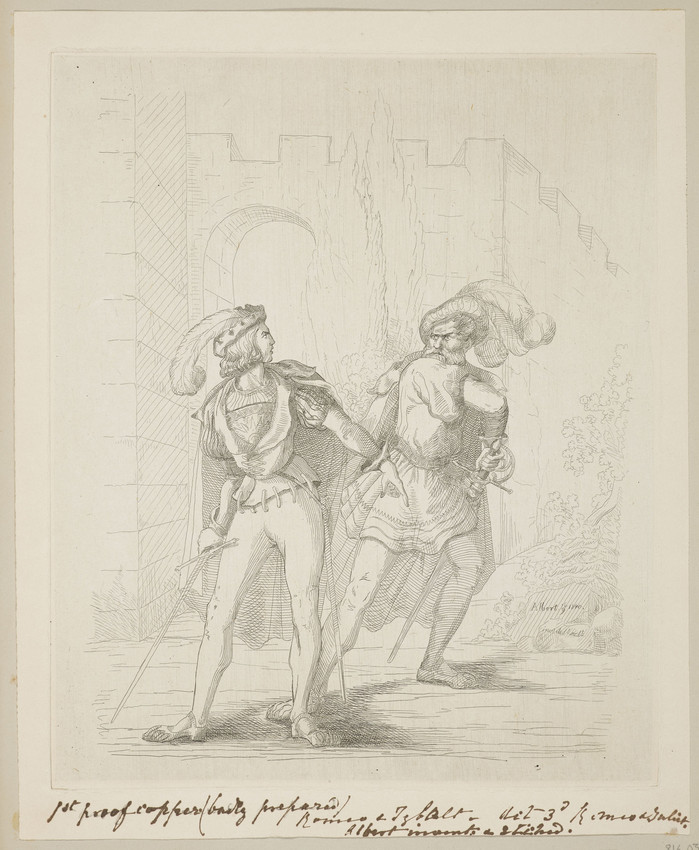 Another extremely influential female monarch in British history plays an equally starring role in the decoration of Woburn. In 1841 Queen Victoria and Prince Albert stayed at the Abbey as guests of the 7th Duke, Francis Russell, and his Duchess Anna Maria, and some of the suite of rooms given over for their use commemorate the visit in their nomenclature. Queen Victoria’s Bedroom contains two portraits of the Queen as well as a depiction by George Hayter of the trial of Lord William Russell, which Victoria particularly admired. Most significant for me, however, was the group of etchings rather fortuitously hung beneath the Hayter – these were made by Victoria and Albert, having received tutoring in the print technique by the painter. The artistic activities of the Royal couple are relatively well known, and a complete set – plus duplicates, probably made with the intention of gift-giving – of the eighty-seven etchings that they produced early in their marriage are held in the Print Room at Windsor Castle. The Queen and Prince Albert gave those at Woburn to Anna Maria, and they appear to have gifted the Duchess a representative selection of their etchings, which ranged widely in their choice of subject and included paintings and drawings in the royal collection, imaginary and literary scenes, animals, and the growing royal family. Seeing evidence of the circulation and display of these prints was gratifying, and prompted a moment of reflection on the scope for research into the reception and display of them by their recipients.

Overall, our exceptionally pleasant day spent studying the treasures of Woburn Abbey gave a real sense of the evolving nature of the house over the centuries, and of varying approaches to and interventions regarding its interior decoration and the display of the art collection. This issue is particularly highlighted by a thoughtful and illuminating exhibition entitled ‘Peeling back the Years: Chinoiserie at Woburn Abbey’, which showcases the results of archival research and physical investigation into the eighteenth and nineteenth century decoration of the Earl’s Bedroom. Notably, the younger generation of the Russell family have made curatorial contributions to aspects of the display, which perfectly reflects the dual character of Woburn Abbey as a personal family home as well as a public, historic country house.