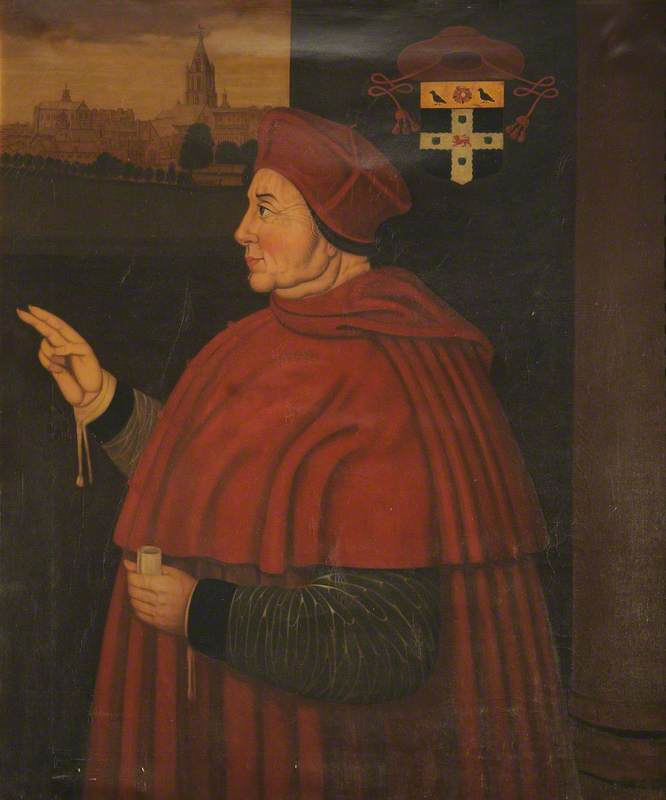 Cardinal Thomas Wolsey by Samson Strong. By permission of the Governing Body of Christ Church, Oxford

For a long time I have been following the Understanding British Portraits network and this year, having been offered a place and travel bursary, I attended the Annual Seminar for the first time. And I agree with the many delegates who have already stated on various social media channels (@UBPnetwork) that the seminar was a fantastic opportunity to connect, and to exchange ideas, with various colleagues in galleries, museums, historic houses and universities.

Since March 2015 I have been working as the Curatorial Assistant in Christ Church Picture Gallery, Oxford. The impressive portrait collection at Christ Church contains over 300 paintings; these are distributed all over the college, from private rooms to lecture theatres, to semi-public spaces such as the Great Hall. This large collection of portraits has accumulated over the centuries since the foundation of the college in 1525, but is still under-researched. The likenesses stretch from Samson Strong’s 16th-century painting of Cardinal Thomas Wolsey (above), the initial founder of Christ Church, to the contemporary portrait of the former Dean of Christ Church by Saied Dai. But the vast majority of the collection is made up of portraits of notable alumni, including political figures such as George Grenville and William Gladstone, painted by Sir John Everett Millais, literary figures like Charles Dodgson and W H Auden, and clergymen and philosophers such as: Charles Welsey and John Locke. At first glance it appears to be a homogenous group of portraits of educated men, yet the differences in each portrait become more apparent to me every day. These portraits were not usually made for the rooms that they currently inhabit, but they do contribute to the aura of each space and define the institution through its alumni. Since working at Christ Church I have become interested in how the memory of an institution is kept alive through their portraits of their Old Members. 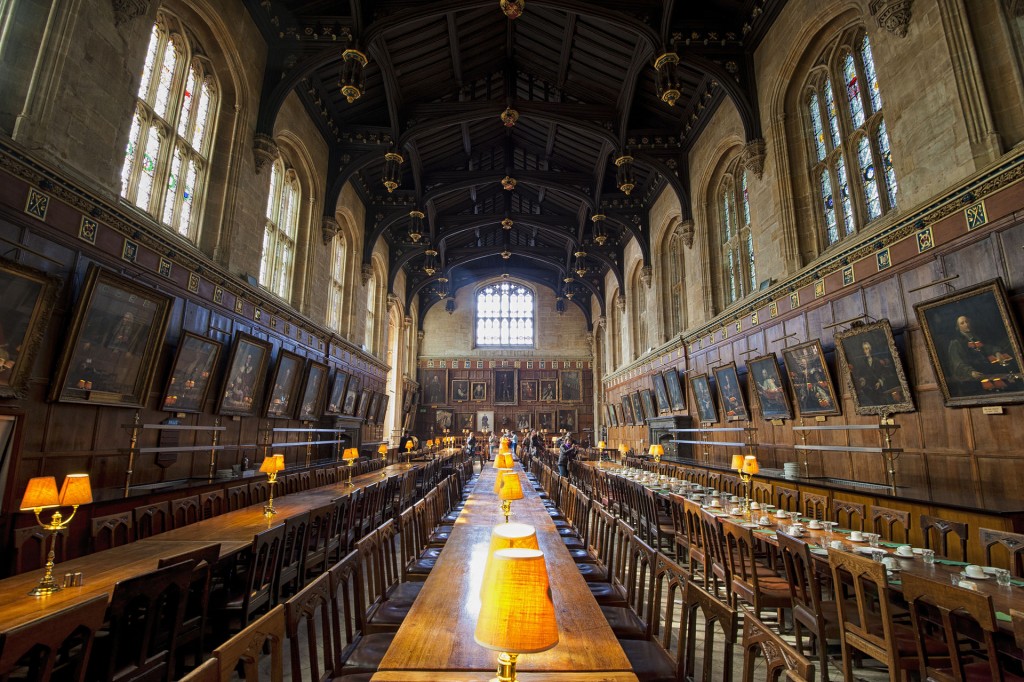 Jennifer Scott’s opening remarks, therefore, on the complex interaction between image and place, particularly interested me. As Chairperson for the morning session, Jennifer Scott, Director of the Holburne Museum, theorised about what she sees as the three core elements of a portrait: artist, sitter and commissioner, and how these are frequently the first three areas we explore as researchers. However she encouraged us not to forget the fourth element – context – which can often be overlooked when researching a display of portraits. Jennifer Scott’s introductory comments perfectly led us to the first paper, given by Wendy Hitchmough, Head of Historic Buildings & Research, Historic Royal Palaces, who emphasised the contextualisation further. She focused on a group of early Stuart portraits of Inigo Jones’s royal and aristocratic patrons, but it was her unpicking of Daniel Myten’s companion portraits of Thomas Howard, Earl of Arundel and his wife, Aletheia, Countess of Arundel, that was stimulating for my own work. 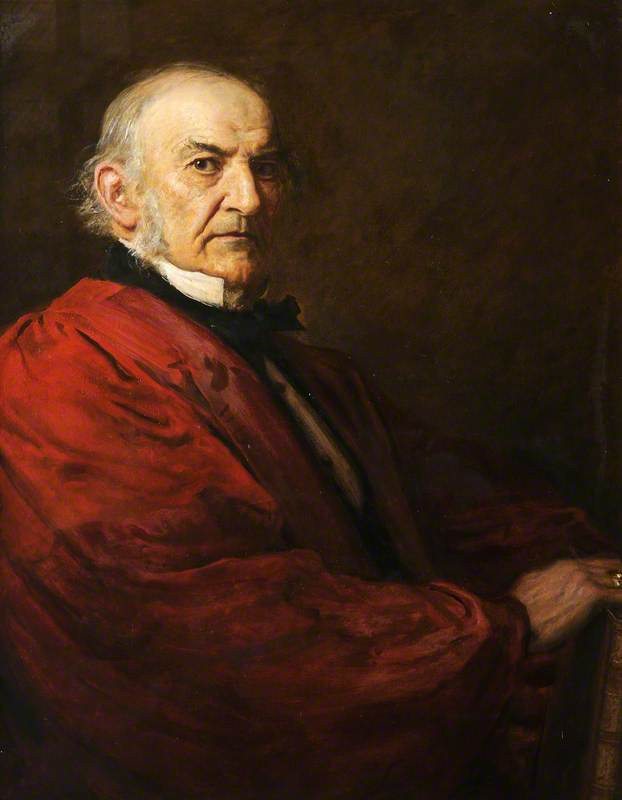 What was exciting about the Understanding British Portraits Annual Seminar was that it was wide ranging. There was an interesting breadth of topics covered on the day, from Bute’s allegedly sizable endowment in visual satire to the ways in which Black and Asian artists engaged with portraiture during the 1980s and early ’90s. Working in a smaller gallery, where a ‘curatorial’ role can also encompass visitor experience and learning responsibilities (amongst many other things),  I found it particularly enjoyable to hear from the various museum and gallery departments who engage with portraiture on different levels, with varying objectives and questions. The case study delivered by the V&A and Black Cultural Archives team on ‘Staying Power: Photographs of Black British Experience 1950s-1990s’ was fascinating, and demonstrated the power of collaborative, cross-departmental and cross-institutional work.

Attending the Annual Seminar has advanced my own private network and strengthened my desire to start a PhD in this field. The papers given on the day demonstrated how helpful it is to come together once a year to share different approaches, methods, objectives and outcomes among colleagues. I will aim, given this boost, to present my thoughts at next year’s seminar.

(And of course, after the lively discussion following Jordan Mearn’s paper, I have since been taking a particular interest in the legs showcased in the male portraits at Christ Church. Unfortunately there aren’t any aristocratic legs that are quite as shapely as Lord Bute’s…) 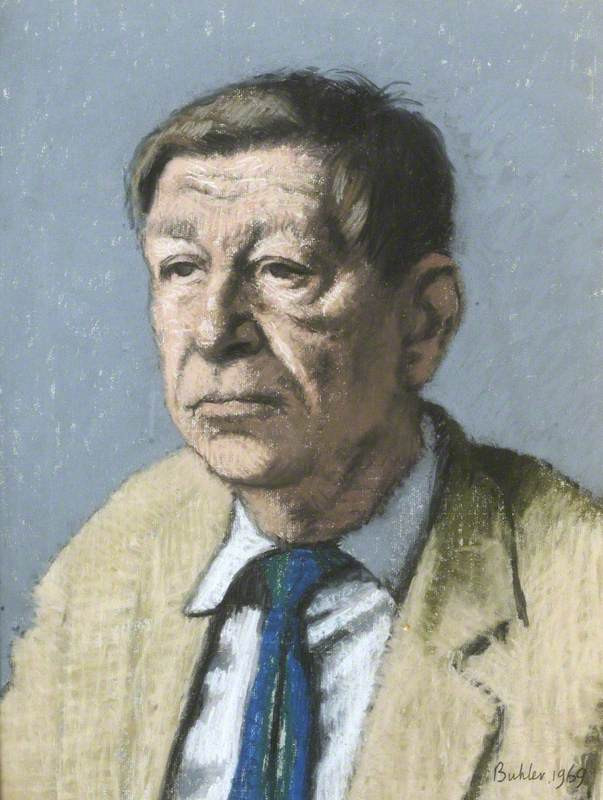 W.H Auden by Robert A. Buhler. By permission of the Governing Body of Christ Church, Oxford