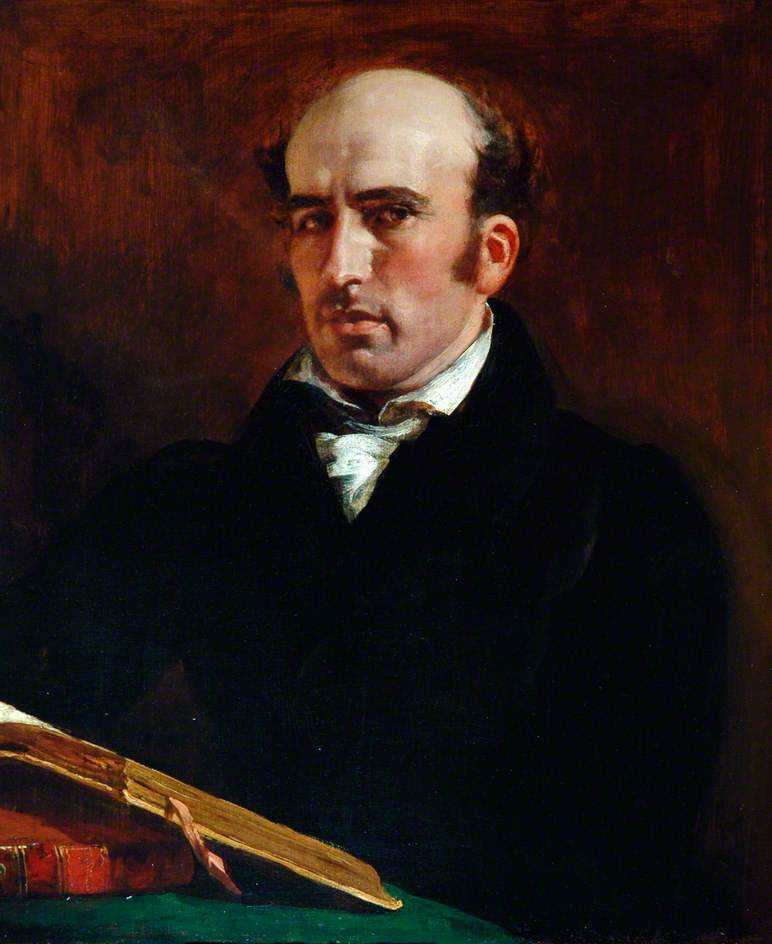 John Etty by William Etty, 1811-12, oil on canvas © The Company of Merchant Adventurers of the City of York

Between 1811 and 1812 William Etty completed a portrait of his brother John which now hangs at The Company of Merchant Adventures in York, Etty’s hometown (left). The portrait bears some similarity to a portrait at Woburn Abbey, the 6th Duke of Bedford, by Sir Thomas Lawrence.

Etty was active between 1807 and 1849, and before becoming a student at the Royal Academy in 1808 was a pupil and studio assistant of Sir Thomas Lawrence. For the sum of 100 guineas Etty had access to Lawrence’s work and collections of sketches and drawings and was given modest opportunities for guidance and tuition for one year.

Initially Etty struggled to imitate Lawrence’s distinctive style but prevailed with his defining characteristics of humility combined with tenacity. Later, Etty recalled his time with Lawrence as a time when ‘Despair almost overwhelmed me. I was ready to run away. My despondency increased: I was almost beside myself.‘ Unsurprisingly after the hard work it took to attain the skills necessary to copy Lawrence, Etty was an admirer of Lawrence’s style which he described in his 1849 Autobiography as ‘playful, yet precise, elegant and free.‘

Yet, in spite of his fondness for Lawrence, many Etty scholars comment on the absence of Lawrence they detect in Etty’s works (See Gilchrist 1855, Gaunt & Roe 1943 & Robinson 2007 for biographies of Etty). If one only examines Etty’s nudes, on which most recent interest in Etty is based, his Old Master influences are more apparent (See Dominic Janes 2011 & Burnage et al 2011 for Etty and the nude). 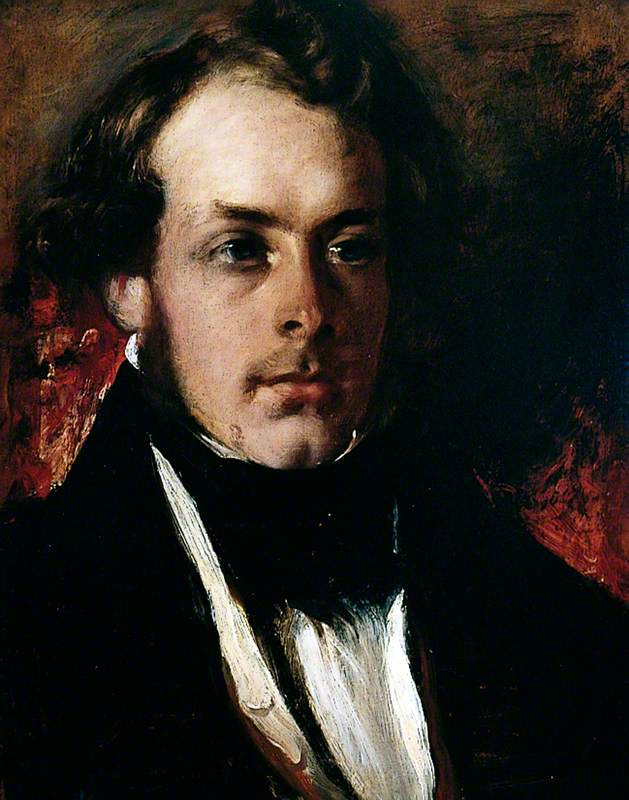 Etty’s overlooked portraiture however, does display signs of Lawrence’s influence. Etty employed Lawrence’s distinctive use of bold, contrasting colours, dramatic lighting and shadow used to emphasise the sitter’s face and the use of spare accessories to create a manner of style for his male sitters. This style is evident in male portraits ranging from John Etty in 1811/12 to John Harper in 1841 (above). With his female portraits his style changes more, ranging from very Lawrentian early works such as Miss Mary Arabella Jay c.1819 to much looser studies probably the best example of which is Mademoiselle Rachel c.1841. Etty’s women in portraiture offer many interesting avenues of thought about the representation of women, from fashion, dress, to social standing.

The portraits were often private commissions for family and friends and were completed in periods of rest when visiting York from his London home. Etty preferred only to complete a portrait when he knew the sitter and was able to capture some of their character in his finished study.

Etty copies of Lawrence’s Jacob Pattison and Mary, Lady Templetown survive as testament to how well he mastered Lawrence’s style, both can be seen on the Your paintings website.

After seeing a Lawrence work, the 6th Duke of Bedford at Woburn Abbey on the recent  Understanding British Portraits study day I realised that in my research, which has mostly focused on Etty’s combination of the nude and the religious in his Magdalen series, that I had overlooked Etty’s time with Lawrence too.

There are parallels between Etty’s portrait of his brother John Etty painted between 1811 and 1812 and Lawrence’s 6th Duke of Bedford exhibited at the Royal Academy in 1822 which prompt further research. Initially a comparative analysis reveals similarities from the dark red ground, the turn of the shoulders, use of shadow to emphasise the nose & lips and the handling of the facial colour and hair between the two images. Particularly interesting is the shadow under the nose visible in all four versions of the 6th Duke and in John Etty also. In addition to the Lawrence original, Woburn has two further versions, one from 1835 by George Hayter and the other  a ‘studio copy’ noted in Kenneth Garlick’s 1954 work on  Sir Thomas Lawrence. I have found a fourth version at the Tavistock Subscription Library (below) and there are numerous engravings after the Lawrence original. 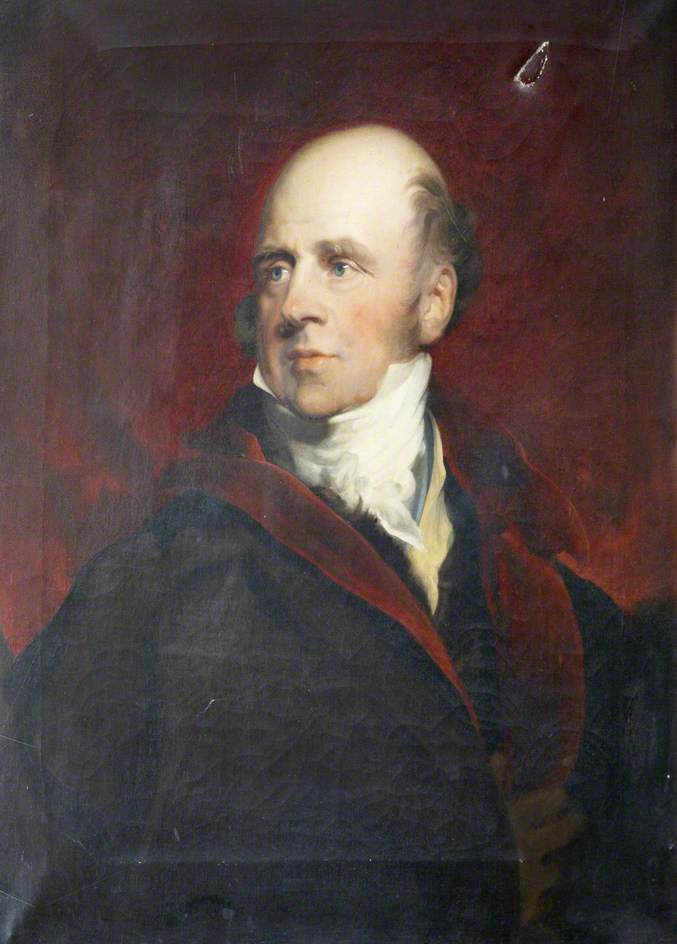 Although unable at this time to establish a creation date for the Lawrence original, exhibited at the Royal Academy in 1822, I am interested to know if it is possible that Etty was aware of the image and if he used it as a reference for his own portrait. The romantic in me has hopes that he could be responsible for the studio copy mentioned in Garlick and that during the occupation of copying he began to apply thought to the portrait of his brother.

Whether it is possible to continue this research further to answer my question or not, seeing the work by Lawrence at Woburn provided an unexpected prompt to re-examine my own approach to research of Etty. It has also given me some fresh ideas to pursue and I would love to hear from anyone who has similar interests or would like to share their opinions!