You are here: Home News Revealing the Charterhouse, by Ellie Darton-Moore

Revealing the Charterhouse, by Ellie Darton-Moore 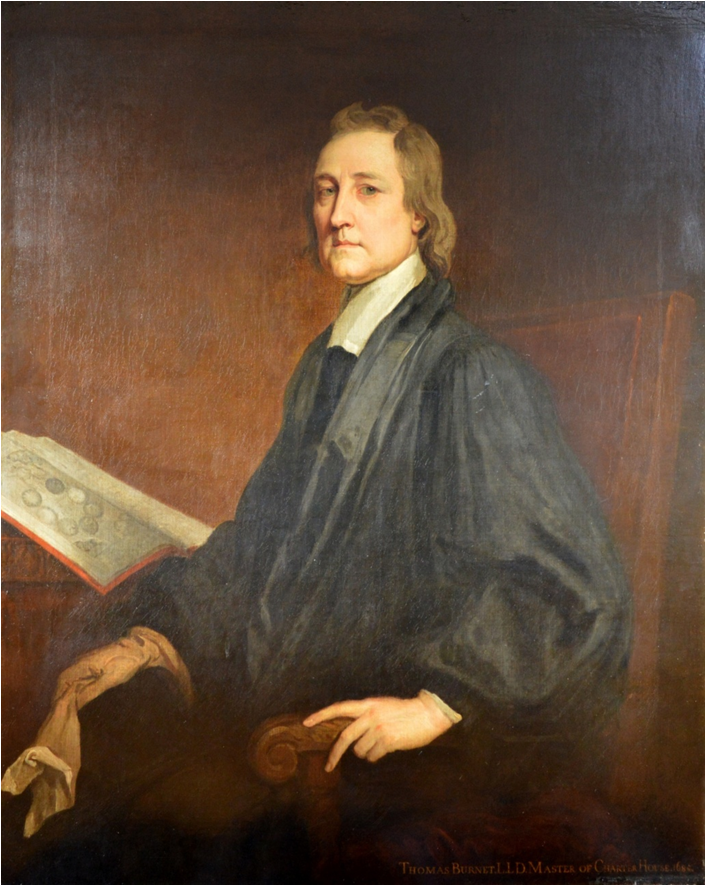 In December I returned to the National Portrait Gallery, where I had worked for 3 years until last autumn, to attend the annual Understanding British Portraits conference. On the agenda was a talk by Ibby Lanfear, Paintings Conservator, which focused on a collection of 17th-century portraits here at the Charterhouse. It was a wonderful experience to sit with colleagues old and new in the quiet hush of the Ondaatje Wing Theatre to listen to her talk.

The Charterhouse is a fascinating site in many respects. The land was originally leased from the Priory of St Bartholomew in 1348 to use as a burial ground for victims of the Black Death epidemic, estimated to have been responsible for the deaths of up to 45,000 people. In 1371 Sir Walter Manny founded a Carthusian priory around the original plague chapel which, at its height, housed 26 monks and about 40 priests and lay brothers. The Carthusian order was a strict one which prioritised seclusion, silence and contemplation. Although monks lived in cells built around a communal cloister they seldom spoke, spending their time in prayer, contemplation and scholarly work. The Carthusian order was strongly anti biography and only a few skeleton sources of the individuals who lived at the Charterhouse survive. Therefore despite the many architectural and topographical reminders of this early phase in our history, the monks remain a distant presence.

Following the dissolution of the monasteries, and the bloody execution of the Prior, John Houghton, whose arm was nailed to the entrance gate as a warning to the monks who remained, the Charterhouse was seized by the crown and sold on to a wealthy Tudor noble, Sir Edward North, in 1545. He built a grand mansion house from the ruins of the ransacked monastery, key elements of which survive to this day. While there are some visual nods to this well-known period of English history, and the key figures associated with it, in the form of several engravings acquired in recent years, the extravagance of the Tudor occupation is chiefly impressed upon visitors through the remaining architecture. 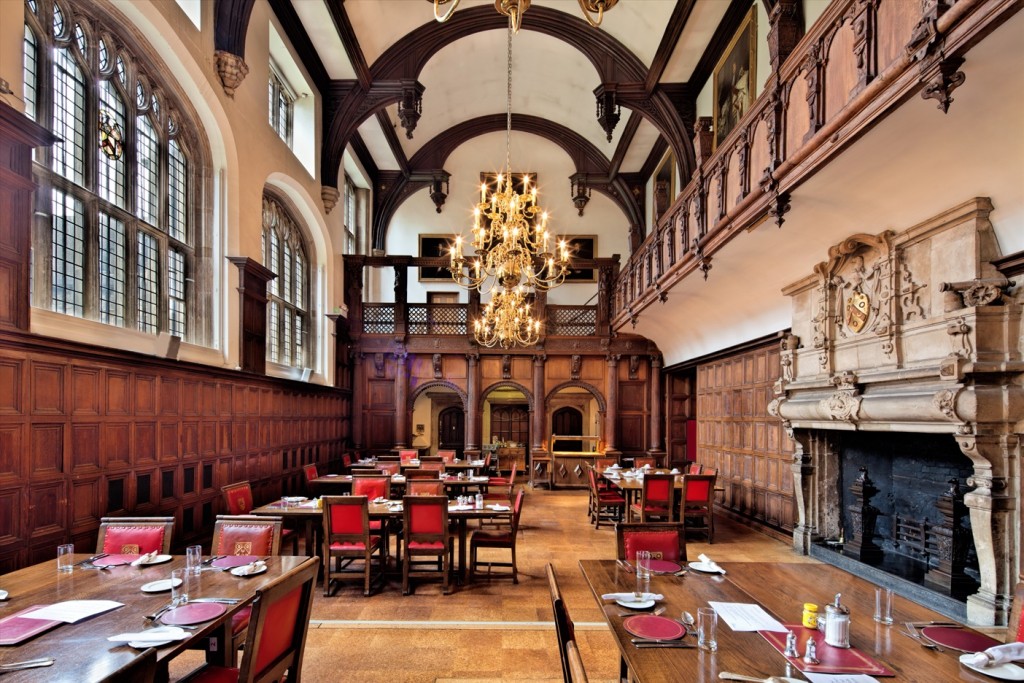 The Great Hall. Courtesy of The Charterhouse

In 1611 the Charterhouse was purchased by Thomas Sutton, the man who had begun his career as the ‘well-beloved servant’ of the Dudley and Howard families, two of the most powerful aristocratic dynasties in Tudor England, and had risen to become, at the time of his death, said to be the richest commoner in the country. Sutton secured an Act of Parliament to establish his charity ‘Sutton’s Hospital in Charterhouse’ and his will provided for up to 80 elderly men known as Brothers ‘either decrepit or old captaynes either at sea or at land, maimed or disabled soldiers, merchants fallen on hard times, those ruined by shipwreck of other calamity’ and the foundation of Charterhouse School. Ibby suggested that it was the commissioning of a full length portrait of Sutton by the Governors in 1657 that steered the direction of the collection we have today. 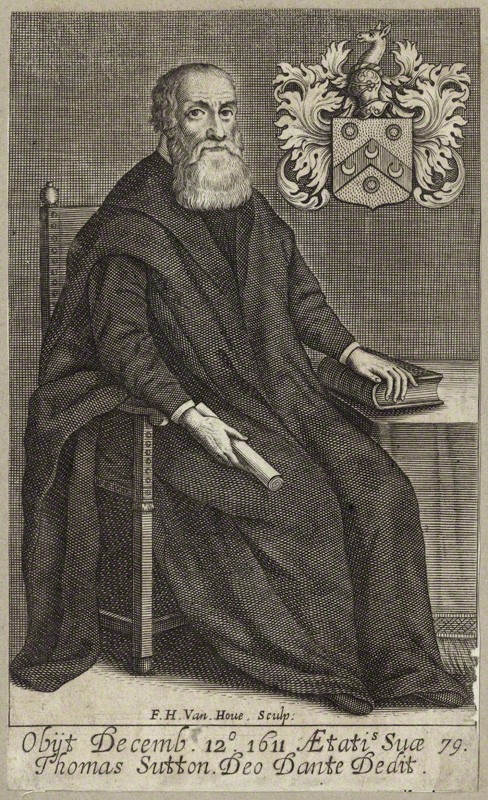 The grand 17th century portraits of past Governors referenced at the conference hang in the Gallery overlooking the Tudor Great Hall where the Brothers meet daily to eat their meals. Somewhat fittingly, considering their subject matter, visitors are currently only able to engage with these works from afar, yet future plans to re-hang the works in a more appropriate context will increase accessibility for specialists and general visitors alike. This narrative is continued elsewhere in the private areas of the site, with the display of striking 18th and 19th century portraits of past Governors including the 1st Duke of Wellington painted by Henry Perronet Briggs whose work also hangs in the National Portrait Gallery.

An effort was made to democratise our collection of portraiture in the 1990s with the commission of a series of images of Brothers and staff photographed by René Bach. These works are currently displayed in the Infirmary Day Room, where the community undertake a range of activities from poetry readings to film screenings. We hope to develop a temporary exhibition space accessible by the public over the next few years in which to explore a contemporary response to the complex history of the Charterhouse, and further investigate the relationship between past and current associates.

In late January 2017 the Charterhouse opens its doors to the public for the first time since its foundation in 1348. A new museum, learning centre, shop and café have been created to share the story of Charterhouse with a diverse audience who may not have previously engaged in our history and collection. The museum tells that story through the many interesting people who have lived, worked and been associated with the site over the past 669 years. Beginning with the present day Brothers of the Charterhouse, a lively assortment of gentleman representing professions as diverse as acting, fashion & design, journalism, law and the clergy, the displays use a variety of media to explore their lives at this historic institution. Going back in time the focus is then on the 19th century schoolboys, using loans from Charterhouse School including a desk with the crudely carved initials of some of the mischievous characters who were educated here. The role of the Governors is then elucidated using surviving maps, documents and texts before visitors can learn more about the life and legacy of Thomas Sutton. A specially-commissioned film introduces visitors to the turbulent Tudor period of our history before using some remarkable survivals to clarify the lives of the Carthusian monks who called Charterhouse their home. We end with a find from a recent archaeological dig in Charterhouse Square, a chance to come face to face with one of our 14th century neighbours. Visitors are then welcome to explore the monuments commemorating past schoolboys and Brothers in the Chapel.

Despite the lack of consistent iconography, the Charterhouse is rich with the traces of people: solitary religious figures, royal privilege, noble extravagance, philanthropic determination, playful schoolboys, intriguing residents and an active present-day community of Brothers, staff and volunteers. 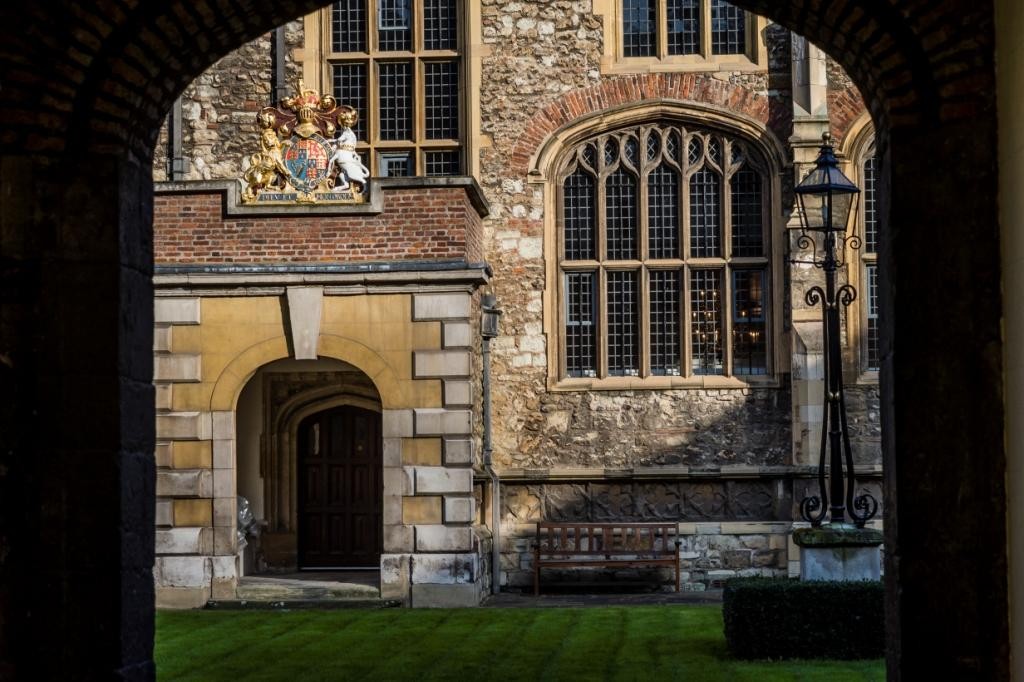 View to Master’s Court. Courtesy of The Charterhouse

We hope you will join us from Friday 27 January to discover more.

Please see the Charterhouse website for further details.
We are grateful to all of those who have been involved in the project, including our generous supporters, and in particular the Heritage Lottery Fund.